Should You Invest in Brokered CDs?

Learn the difference between brokered CDs and the typical bank CDs to see if they are worth considering as part of your savings and/or retirement portfolio. 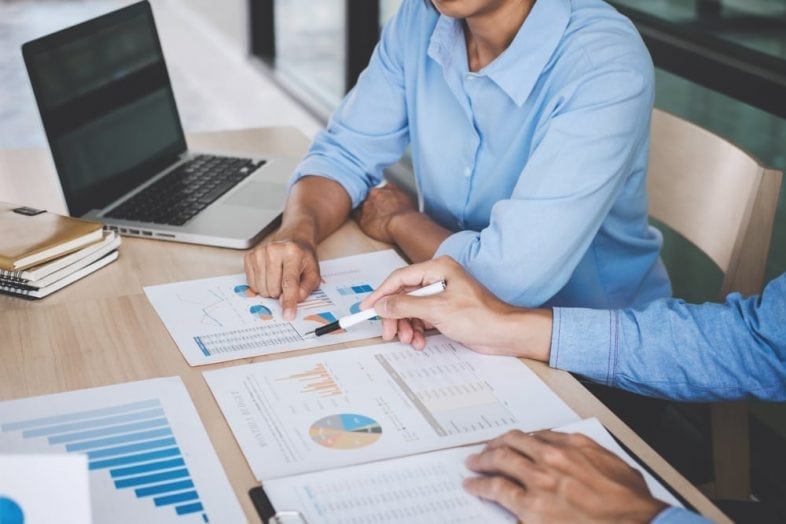 In many respects, certificates of deposit (CDs) are great investments.

You get the complete safety of principal, a guaranteed return on investment, and liquidity if you need to withdraw from the CD early.

They can provide the perfect diversification away from higher risk investments, like stocks and mutual funds.

That's why CDs actually are offered through many brokerage firms.

The brokers don’t issue the CDs themselves. Instead, the CDs are made available from various banks.

These are what is known as brokered CDs and they’re worth considering if you have a very large investment portfolio, and don’t want to risk exceeding the FDIC insurance limit of $250,000 per bank.

Where Are Brokered CDs Available?

Brokered CDs are typically available through investment brokers – which is where the name comes from.

The broker may offer CDs issued by banks as alternative investments.

In addition, CDs guarantee payment of principal and interest, which makes them much safer than bonds, which do have the potential to default.

How Do Brokered CDs Work?

When you invest in a brokered CD, you’re basically buying a CD from the broker, rather than directly from the issuing bank.

That can come with both positive and negative consequences.

For example, since they’re brokered, the CDs must often be bought and sold for a fee (more on that point in the next section).

They may also require a large minimum deposit.

For example, while you might be able to purchase the CD at a local or online bank for as little as $1,000 (or less), a broker may have the required minimum of $10,000 or more.

One of the major advantages to brokered CDs is the ability to invest in them once you have reached the limit of FDIC insurance with your own bank.

FDIC insurance covers CDs (along with other funds held at the bank) for up to $250,000 per bank, per depositor.

If you have at least $250,000 in your bank, adding additional assets will leave the excess amounts uninsured.

Since the $250,000 insurance limit is per bank, you can purchase brokered CDs with several banks through the same investment broker.

Each individual CD will carry its own FDIC Insurance limit.

On the other hand:

There’s an important caveat when it comes the FDIC Insurance on brokered CDs.

In order to be eligible for the coverage, the CD must be held to your name.

If it’s actually owned by the investment broker, and not you personally, the FDIC insurance may not apply.

There’s yet another risk and it’s closely related. If you’ve already reached the $250,000 FDIC limit with your bank, and you purchase a CD through your broker from the same bank, the funds held in the brokered CD won’t be eligible for FDIC Insurance.

Since a brokered CD is provided by a third-party bank, the broker will naturally charge a fee on the transaction.

It can be either a flat fee or a percentage of the CD purchased.

For example, Charles Schwab charges a $1 transaction fee per CD.

But they also include the following language in the fine print:

In addition, Charles Schwab is well known as one of the lowest priced brokerage firms. Other firms are likely to charge higher fees.

You’ll have to do a deep investigation into both the basic fees and the fine print related to brokered CDs with any broker.

Like all CDs, brokered CDs are likely to involve early withdrawal penalty fees.

This will certainly be the case when the CD is held in your name personally.

But even if the broker holds the CD in its own name, they may still assess an early withdrawal penalty.

There may be a bigger cost with early liquidation of brokered CDs.

The broker may agree to liquidate the CD prior to maturity.

But in doing so, the CD may be subject to either gains or losses. This will largely depend on interest rates and will be more serious with longer-term CDs.

For example, if you invest in a 5-year brokered CD at 3%, and liquidate it into a 2% market, you may experience and gain.

But if you invest in the same brokered CD paying 2%, and liquidate it into a 3% market, you may experience a loss of principal.

The Pros and Cons of Brokered CDs

How Do Brokered CDs Compare to Bank CDs?

The great likelihood is that the brokered CD will pay a much higher interest rate than a CD by your bank with a comparable term. If you’re looking for higher returns on your CDs, brokered CDs may be a solution.

For example, in a screen shot below are recent rates being paid on brokered CDs offered by Fidelity, one of the largest investment brokerage firms in the world:

Looking just at the one the year CD, you can get a rate of 2.35% on a brokered CD. But as of the same date, a one-year CD offered by Marcus by Goldman Sachs is paying 2.45%.

This doesn’t mean online banks will always pay higher rates. But it does mean you need to investigate whether the better rates are with online banks or brokered CDs.

Also, keep in mind that CDs offered by online banks are more of a “pure play”.

You’re investing directly with the issuing bank, and the terms are more simple and direct.

For example, there’s no risk of loss of principal should you decide to liquidate your CD early.

The prepayment penalty will result only in a reduction in the amount of interest earned on the certificate.

Should You Invest in Brokered CDs?

Brokered CD’s can make sense if you have a very large portfolio, and need to invest a substantial amount of money into completely safe assets.

For example, if you have $10 million, and you want to hold $2 million in CDs, you may want consider using a broker.

It will enable you to invest in multiple CD’s, each with its own level of FDIC insurance.

Of course, you can do the same thing by investing with multiple online banks.

There’s yet another option for large CD investors, with both online banks the local banks.

It’s referred to as the “CDARS” network, which is short for Certificate of Deposit Account Registry Service.

It’s a network that includes thousands of banks, enabling one bank to invest your money in CDs held through other network banks.

In this way, you can invest $1 million in CDs at four different participating banks, with $250,000 in each. Your account will be held at a single bank, but the CDs will all enjoy full protection of FDIC insurance.

It provides a similar service to brokered CDs, except you can do it through your local bank or online bank.

As well, you won’t have to pay commissions or risk loss of principal on early liquidation.

Brokered CDs are well worth considering if you have a large investment portfolio, and need to invest in CDs that will exceed the FDIC insurance limit at your bank.

But before signing up for brokered CDs, investigate rates being paid by various online banks.

Most investors who will only slightly exceed the FDIC insurance limits are likely to be better served with online bank CDs.

You can also see if your bank – whether local or online – participates in the CDARS program. Chances are they do, and that will make brokered CDs less attractive.