Investing in CDs: The Pros and Cons to Consider

Compare the pros and cons for investing your savings in certificates of deposit (CDs) to find out if you comfortable locking in your money for a long time. 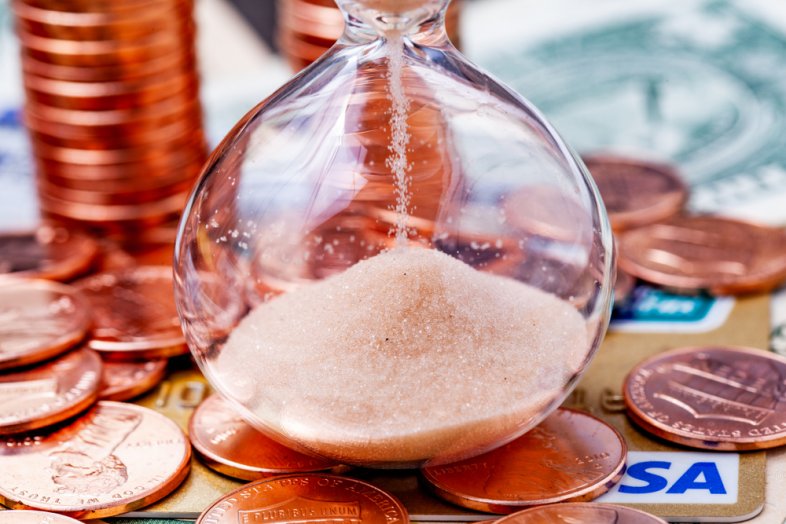 When you're looking for a safe way to grow your cash savings, a certificate of deposit (CD) is likely to be up for consideration.

Because you're locking up money for an extended period of time in exchange for a higher interest rate (than savings accounts), some people think of CDs as "investments."

Regardless of what you call them, CDs have advantages and disadvantages that must be factored into your decision to open them and use them to boost your savings.

Compare the pros and cons of CDs to find out if they're right for you.

A CD is a type of deposit account that offers a specific interest rate that doesn't change as long as you don't touch the money for a specified period of time.

At the end of the term, the full amount of your principal – plus accrued interest – is returned to you.

At that point, you typically have the option to either:

The interest rate paid on the CD is guaranteed for the full length of the term.

Generally speaking, the longer the term of the CD, the higher the interest rate paid. CDs also typically pay higher interest than other bank products like savings accounts and money market accounts.

CDs are available at both banks and credit unions, but can also be brokered through investment firms.

In most cases, there will be a minimum investment requirement.

Upon opening a CD, banks naturally want to keep you invested until the end of the term.

To do this, they impose early withdrawal penalties.

If you liquidate some or all your CD prior to maturity, these penalties will apply.

As an example, let’s look at the CD early withdrawal penalties for Marcus, one of the largest online banks in the U.S:

There are ways to waive early withdrawal penalties.

Some banks offer "no-penalty" CDs that do not charge any early withdrawal penalties.

The downside is that these CDs tend to have lower interest rates than the CDs that do charge such penalties. More often than not, you're better off with a high-yield savings account.

Most banks and financial institutions will waive the early withdrawal penalty upon death or legal incapacitation of the account owner.

Higher rates than other deposit accounts

Like other bank investments, CDs guarantee the full return of your principal, plus accrued interest. They are completely safe and have none of the risks associated with equity investments, like stocks.

You can lock in the rate on a CD and it will be guaranteed for the full term of the certificate. You’ll be protected from declines in interest rates.

CDs are fully insured by the FDIC on balances of up to $250,000 per depositor, per bank.

CDs, with terms typically ranging from one month to five years, enable you to select the term of your choice.

That will better enable you to match your investment with the intended financial purpose.

CDs are subject to early withdrawal penalties, that can cost you some or even all your interest earned if you liquidate the certificate prior to maturity.

If interest rates rise, you’ll be locked into your CD for the full term. You won’t be able to take advantage of CDs paying higher rates until your certificates mature.

There’s no guarantee the interest rate you’ll get when you roll over your CD will be the same or higher than you’re getting on the original CD.

Barely keeping up with inflation

That will keep you even with inflation, but won’t allow you to grow your investment in real terms.

A CD is essentially an investment contract that ties up your money for the term of the certificate.

When to Consider a CD

Because of the early withdrawal penalties and the fact that very short-term CDs pay very low interest, they’re not suitable for emergency funds, or any savings you’ll need to access within the coming weeks or months.

But in general, CDs are best used for medium-term savings goals.

For example, let’s say you’re saving money for a goal planned for three years from now. It could be replacing the roof on your house, the down payment on a new car, for preparing for a wedding.

CDs are perfect for this kind of savings goal.

Since you know you’re not going to need the money for several years, you can invest it and get higher returns until the money is needed.

In addition, the nature of CDs will force you to save the money for the intended purpose.

After all, CDs are not as liquid as other bank investments.

But another major reason to invest in CDs is if you expect interest rates to decline in the future.

CDs offer an opportunity to lock in current rates for whatever term you choose, up to five years.

Where to Get the Best Returns on CDs

What many depositors are unaware of is that there is a wide range of interest rates being paid on CDs.

For the reasons cited above, these will not be the best choice for your CD portfolio.

If you’re looking for higher interest alternatives for CDs, consider online banks. They pay the highest rates available on CDs of various terms.

Some examples of online banks that pay very high rates include:

Use a CD Ladder to Reduce the Impact of CD Drawbacks

Two of the biggest drawbacks with CDs are the lack of liquidity and the risk of interest rates rising after you lock in your certificate.

But there is a way to work around both limitations, known as a CD ladder.

With a CD ladder, you invest your money in a series of CDs, rather than a single CD.

The best way to demonstrate a CD ladder is with an example.

Let’s say you have $30,000 to invest. You’re concerned about locking the money up in say, a five-year CD that will pay a high interest rate. You decide instead to spread your investment across CDs with various maturities.

Using this type of CD ladder, you’ll have $6,000 maturing each year during the five-year process. If you have a need for the money after one year, you can simply liquidate the one-year CD. If not, you can roll it over into a five-year CD.

Why would you roll a one-year CD into a five-year CD?

Because one year into the ladder, each of the CDs will effectively be one year shorter.

Another variation on a CD ladder, particularly if you’re looking to increase liquidity, is to set your CD portfolio up to mature on a monthly basis.

In that way, the same $30,000 portfolio might be spread across 12 different one-year CDs. If you invest in one CD each month, with $2,500, for one year, you’ll have one CD maturing every month after one year.

And since you’re turning over the CDs on a continuous basis, the portfolio will function something like a homemade money market account.

In each month, you’ll have the option to either liquidate the maturing CD, or roll it over into another one-year CD.

This variation is also an excellent way to play CDs in a rising interest rate environment.

In building this type of ladder, you’ll be effectively dollar-cost averaging your way into CDs.

You’ll take advantage of higher interest rates as they develop.

And you can continue the process by rolling over maturing CDs into higher-yielding certificates when the original ones come due.

If you’re saving money for a medium-term goal, and you’re concerned about falling interest rates, you need to take a serious look at CDs.

And rather than simply investing in one at your local bank, instead investigate high-yield online bank CDs.

They pay rates several times higher than local banks, and will at least keep your investment even with inflation.