Falling Interest Rates: How It Could Affect You and What You Can Do About It

Find out what happens when the Federal Reserve decides to lower interest rates, especially when it comes to your savings, loans, and credit lines. 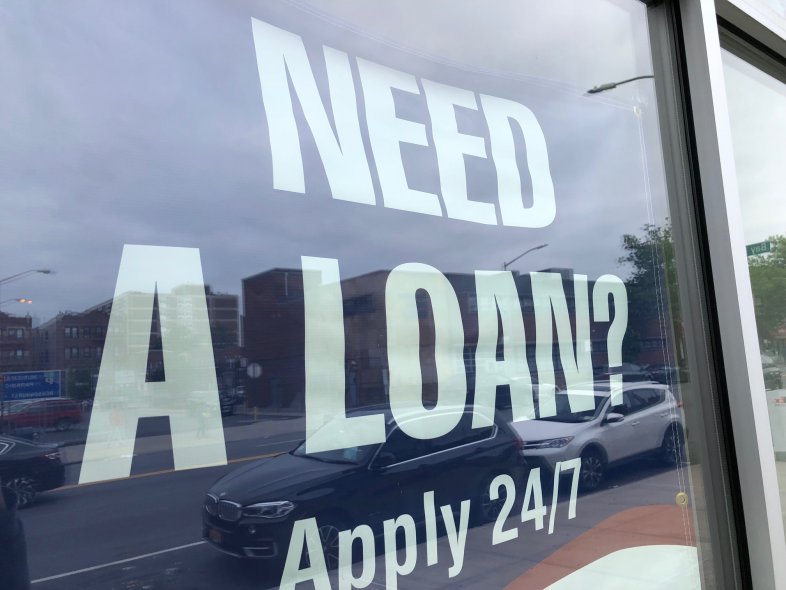 After steadily raising interest rates from near zero from the end of 2015 to the end of 2018, there is now mounting speculation the Federal Reserve will reverse course and begin cutting again.

For the previous three years, the Fed raised rates in response to an expanding economy.

But recent results on the employment front, as well as the prospect of international trade wars, hint the economy may be running out of steam.

Economists and media analysts are now speculating the Fed may lower interest rates two or three times this year in response to those economic developments.

As individuals, there’s nothing any of us can do about a change in direction in interest rates.

But they can affect our finances.

So we owe it to ourselves to protect our money from any negative consequences, as well as take advantage of any benefits that will come from the change in direction.

How the Fed Raises and Lowers Interest Rates

It’s sometimes thought that the Fed has absolute control over interest rates.

This is particularly true of long-term debt securities. The interest rates on those securities rise and fall based on supply and demand.

The Fed has little control over those longer-term interest rates.

But they have tremendous control over short-term rates.

What are these "rates?"

They exercise that control through the Federal Funds Rate, more commonly known simply as the Fed Funds rate.

Banks are required to maintain a reserve with a Federal Reserve Bank branch, based on a certain percentage of the deposits they have on account.

The Fed Funds rate is the rate one bank charges another bank for lending them money from their reserve balance on an overnight basis.

Who decides the rates?

The Federal Open Market Committee (FOMC), which is the monetary policymaking body of the Federal Reserve, sets the Fed Funds target range.

The rate will be set based on the strength of the economy, inflation rates, and other factors.

Generally, the Fed manipulates rates in this manner:

The FOMC sets a target range for the Fed Funds rate as guidance for the banks.

The actual lending rate between banks is determined by negotiations between those banks, with the Fed Funds rate acting as a guide.

How Do Lower Interest Rates Affect You?

Even though the Fed Funds rate applies to loans between banks, they nonetheless have an effect on consumers.

The Fed Funds rate is considered the benchmark on which most other short-term interest rates are based.

One prominent example is the Prime Rate.

The prime rate is the rate that banks use to determine the interest rate charged on the loans and credit lines offered to customers.

In this way, both the Fed Funds rate (indirectly) and the Prime Rate (more directly) affect the level of interest rates on not only credit cards but also:

Fed rates also affect the interest you receive on interest-bearing investments, like savings accounts, money markets and certificates of deposit.

In that way, falling interest rates can affect you in two ways:

Less connected to the Fed Funds rate are mortgage rates, though they’re not totally immune to changes in the rate.

Mortgage interest rates are tied to the yield on the 10-year US Treasury note, which is less directly affected by changes in short-term interest rates.

Changes in the Fed Funds rates, and in short-term rates in general, can affect the overall direction of interest rates, extending to the 10-year Treasury note and mortgage rates.

What You Can Do About Falling Interest Rates

Overall, your strategy needs to be minimizing the impact of falling interest rates on your savings, and maximizing the benefits with your loans.

Interest rates on savings accounts and money markets have been rising over the past three years. But a decline in the Fed Funds rate will likely trigger falling rates on those savings vehicles.

CDs run in terms of anywhere from 3 months to 5 years, and you’ll generally lock in the highest rates on the longest terms.

Falling interest rates should bode well for the stock market. This may be a time to be a bit more aggressive, and move more money into stocks to take advantage of future price appreciation.

Consult a financial advisor to review your investment portfolio for the appropriate action in response to falling rates.

Sometimes this can be a balance transfer to a credit card with a 0% introductory offer for 12 to 18 months, followed by a lower long-term interest rate than you’re paying on your current credit cards.

It could be locking in a lower interest personal loan to pay off your credit cards.

4. Be ready to buy a new home or refinance your current mortgage.

It will represent an opportunity to either refinance your current mortgage into a lower rate loan, or enable you to afford to trade up to a higher-priced home.

Falling interest rates create a window of opportunity for both refinancing and purchasing.

Though auto loan rates have been increasing since the end of 2015, the change in interest rate direction will cause rates to fall.

Once they do, it can be a golden opportunity to lock in a low rate car loan on that new vehicle you’ve been wanting to buy.

What You Shouldn’t Do if Interest Rates Fall

And wherever possible, you’ll want to lock in those low rates for several years.

Just as rates go down, they can also go up.

Loans that are both fixed rate and fixed terms will be the best way to take advantage of lower rates.

But be careful you don’t use low rates to increase your debt levels dramatically.

This is particularly true with variable-rate loans, like credit cards and home equity lines of credit.

Though they may be dangling attractive rates – and even lower teaser rates – they’ll increase if rates begin to rise.

The variable-rate debt that you build up during a time of declining interest rates will become steadily more expensive when rates rise.

Take advantage of declining interest rates to lock in lower rates for the long-term, and to eliminate as much variable-rate debt as you can. Then don’t take on any new variable-rate debt, lured by the current decline in rates.

“Variable” means variable, indicating they can go up as well as down.

Always to pay off your credit card balances in full every month. That will avoid paying the high interest credit cards charge.

For example, with a low interest rates of the past year, it’s still very common to pay upwards of 20% on credit cards while earning just 2% on savings.

The overriding strategy should always be to minimize or eliminate the possibility of being in that trap.

At this point, the prospect of the Fed lowering interest rates in the near future is pure speculation.

Though rates have risen in the past three years, there are still very low by historical standards.

That may cause the Fed to either lower rates less than most analysts expect, or possibly even not lower them at all.

That being the case, practice sound financial management by minimizing debt and maximizing savings and investments, and by favoring lower fixed rate financing over variable rates.

To the degree possible, you’ll want to make sure you’re receiving more in interest income than you’re paying in interest expense.

That’s a smart strategy no matter which way interest rates are heading.