Jumbo CDs: Compare Pros and Cons Before Locking in Your Money

Compare the pros and cons of opening a jumbo CD (certificate of deposit) if you plan to lock in $100,000 or more for a higher interest rate on cash savings. 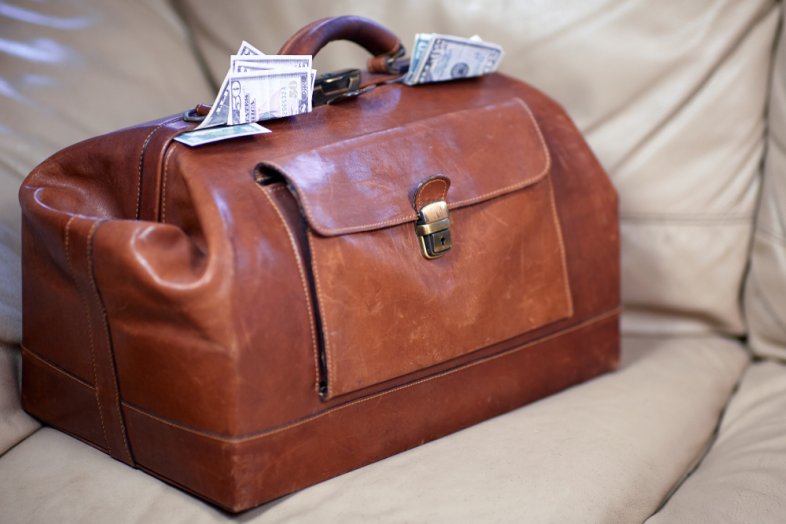 If you’re saving for a specific goal, using a certificate of deposit (CD) to save can help you earn more interest from your savings.

Depending on your goal, you might be depositing a few hundred dollars or tens of thousands of dollars in a CD.

Regardless of the amount of money that you’re looking to set aside, there’s a CD that can help you meet your goals.

If you have a large goal, like buying a house, a jumbo CD can help you set aside large amounts of cash.

If you’re thinking about opening a jumbo CD, here are the things that you should know.

To understand jumbo CDs, you need to know what a CD is.

CDs are similar to savings accounts in that you deposit your money and earn interest.

You have to make a commitment when you open a CD. You make a promise not to make a withdrawal for a certain period of time. This is known as the CD’s term.

If you make a withdrawal before the CD’s term ends, you’ll have to pay a penalty. In exchange for this guarantee and the possibility of paying a penalty, banks tend to offer higher interest rates on CDs than on savings accounts.

You can choose from a variety of terms when opening a CD, with options ranging from as little as 3 months to more than 10 years.

What is a Jumbo CD?

There isn’t really a set definition for a jumbo CD.

Generally, when banks use the label of "jumbo CDs," they tend to mean a CD with a very large minimum deposit. Most banks set the minimum at $100,000, but it can vary from bank to bank.

Instead, they’re intended for other banks or large investors.

They can be useful as temporary stores of cash that pay a higher rate of interest than other options or serve as collateral for businesses who are applying for loans.

When it comes to the market for CDs designed for individuals, there isn’t much difference based on our analysis.

The idea is that jumbo CDs offer higher rates as compensation for the high minimum deposit.

You can find CD rates that are higher than "jumbo CD" rates without the high deposit amount.

Also, keep in mind that the vast majority of CDs have no maximum deposit.

You can turn almost any CD into a jumbo CD if you deposit enough money, though it won’t change anything about the CD itself.

Should You Use a Jumbo CD?

There isn’t a one-size-fits-all answer to whether you should use a jumbo CD.

CDs of any type can be a great way to save money for a goal that you expect to meet at a specific time.

For example, if you know that you’ll need to buy a new car in 3 years, opening a 3-year CD to set aside extra cash is a good idea. You’ll earn more interest from the CD than a savings account and your money will be ready for you when it’s time to buy a car.

CDs are less useful when you might need to make an unexpected withdrawal. Paying an early withdrawal fee can easily eat up any interest you’ve earned.

CDs also aren’t great if you have a long time horizon, such as 10 years or more.

CDs are still bank accounts, so you’d be like to earn a better return over the long-term if you invested your money in the stock market.

Before opening a jumbo CD, you need to make sure that you understand the commitment that you’re making.

When you open a CD, you promise not to make a withdrawal until the CD’s term ends.

When you’re depositing $100,000 or more to the account that can be a huge commitment.

You’ll have to worry about what will happen if you make an early withdrawal.

You’ll also want to think about the opportunity cost of keeping that money in a CD rather than the stock market. If you do put $100,000 or more in a CD, you're likely doing it to hold more in cash reserves -- for times such as a recession or when you're nearing retirement.

As we’ve mentioned, if you make a withdrawal from a CD before its term ends, you’ll have to pay an early withdrawal penalty.

This penalty helps encourage you to keep your money in the account for the CD’s full term. It also compensates the bank if you renege on your promise.

Most banks calculate the early withdrawal penalty by using the amount of interest that you earn in a day.

For example, making an early withdrawal from a 12-month CD might cost you 6 months’ worth of interest.

Usually, the term of the CD is what determines the size of the penalty that you’ll pay for an early withdrawal.

The longer the term of the CD, the higher the fee will be. CDs with long terms, such as 10-year CDs, might charge fees equal to multiple years’ interest.

Early withdrawal penalties make it possible to lose money by opening a CD, which is unusual for bank accounts.

If you make an early withdrawal before you’ve earned enough interest to cover the fee, you’ll have to pay the remainder of the fee out of the principal.

Just as the term of a CD will affect its interest rate and the size of its early withdrawal penalty, a CD’s term affects how risky it is.

Any time you commit your money to something that pays a fixed interest rate, you expose yourself to interest rate risk.

The interest rate market changes on a daily basis. Banks will respond by constantly changing the interest rates that they pay for savings accounts and new CDs.

However, the rate that your CD will pay is locked in when you open the account.

If you open a CD that pays 2.5% interest each year, that’s what you’ll earn until the CD’s term ends.

In some cases, this can be a good thing. If market rates go down, the bank might only other CDs that pay 2.25%. You’ll keep earning 2.5%, which means you’re earning more than people who open new CDs.

It can also be a bad thing. If rates rise, banks might start offering CDs with rates of 3%, 4%, or even more.

The only way to increase the rate that you earn is to wait for the CD’s term to expire or to make an early withdrawal and pay the corresponding fee.

The longer your CD’s term, the more likely it is that rates will change significantly before your CD’s term ends. In the past, rates have moved by 10% or more in less than three years.

That makes it incredibly important to consider this risk before opening a jumbo CD with a long term.