EMV Chip Security Explained and Which Credit Cards Have It

The next generation in card payment security is the EMV chip. See the full list of credit cards that offer EMV chip technology.

We stand as witnesses to a major change in how we pay for things with our credit cards. It comes in the form of a small chip called an EMV chip.

The chip, which select consumers already have on their cards today, is designed to better protect your information whenever you use your card at a store.

How does it work and where can you get an EMV-chip credit card? Let us fill you in. 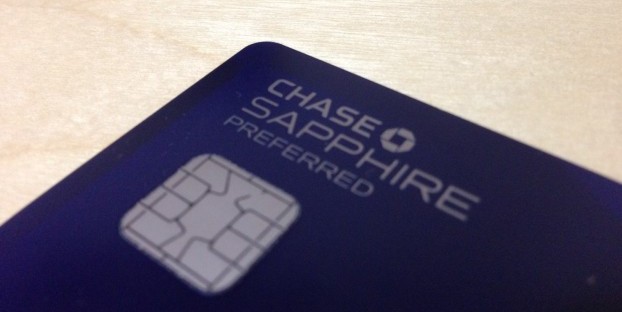 What Does 'EMV' Stand For?

EMV is short for Europay, MasterCard and Visa, the three global card companies that originally developed the new security standard for payment cards in 1995.

It is widely regarded as the safer card technology compared to the traditional magnetic strip that you see in most U.S. credit cards today.

Embedded in your cards, EMV chips are read by inserting a card at the payment terminal (similar to using a debit card at the ATM), as opposed to swiping.

Basically, the chip scrambles the transaction information when you make a purchase.

Even if someone stole that information, it would be extremely difficult to use the data to commit fraud, usually in the form of unauthorized purchases.

Considering the string of data breaches -- having affected Target, Home Depot and more -- that have plagued retailers, banks and consumers in the past year, think about the headaches that would have been saved by EMV chip technology.

EMV to Become the U.S. Standard

If EMV is the better way to go, why aren’t all our credit cards already equipped with it? Well, the U.S. hasn’t found a big enough of a reason to ditch the traditional magnetic strip on payment cards, until recently. Those data breaches surely played a role in emphasizing the need for a more secure card payments.

In fact, EMV chips are already the standard card technology for many foreign countries, especially Europe, where card fraud got out of control. The U.S. is just playing catch-up, after being criticized for being late to the party.

So, these are the two major reasons that we should switch over from magnetic strips:

Fortunately, we will soon see many more credit cards with EMV chips because of the concerted effort by the four big U.S. card processing networks.

In policies that will take effect in late 2015, American Express, Discover, Mastercard and Visa will make card issuers and/or merchants absorb the losses that come from fraudulent purchases if they don’t offer EMV-chip credit cards (card issuers) or don’t accept them (merchants). The rules will apply at a later date for gas stations.

Card issuers and merchants who don’t want to foot the bill for fraud would want to ensure that purchases were made through EMV-chip cards.

See the upcoming policy changes for each of these card payment networks:

Many of the largest U.S. credit card issuers have begun to offer EMV-chip versions of their credit cards. American Express, Chase and Citibank are a few of the big names doing this.

Since a signature is easy to fake, chip-and-PIN is considered the safer of the two types. Currently, most EMV-chip cards in the U.S. are chip-and-signature cards. People are calling for chip-and-PIN, however, because of the added security.

Some banks are picking up on the demand. Chase, for instance, issued chip-and-PIN credit cards in late 2014 -- the bank has been handing out chip-and-signature cards for a few years already.

Below, you’ll find a comprehensive list of the EMV-chip credit cards that are currently available in the U.S. If you have a card that is available with an EMV chip, you should call the phone number on the back of your card and request an upgraded card.

<p>Hi Lauren, there appears to be a problem with our table tool. We're working on fixing it. We'll let you know when it is back.</p>