Telling a few white lies on your mortgage application may seem harmless enough but it comes with some expensive consequences if you're found out. 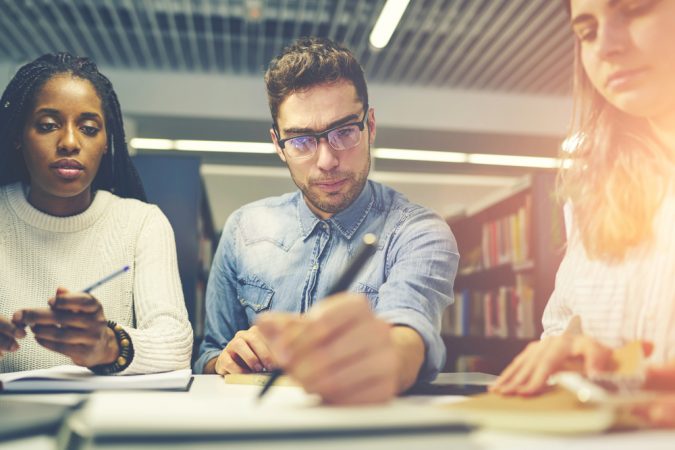 While banks do pay the price when homebuyers are untruthful about their finances to get a mortgage, they aren't the only ones who suffer financially.

If you think your little white lies aren't a big deal, make sure you know the consequences involved, as well as the tangible and intangible costs.

Your loan application may be denied

Overstating your income is a common white lie among loan applicants, but you shouldn't make the mistake of assuming the lender won't catch on.

The days of banks taking your word for it are long gone.

Now, federal mortgage rules require lenders to make sure borrowers have the ability to repay the loan before granting one.

Aside from your income, your debts and assets are also going to come under scrutiny.

Trying to dispute a debt that you know you're responsible for or manipulate bank deposits, so it looks like you have more money than you do just isn't going to fly.

If a lender finds out that you've been making things up as you go, they could deny your loan application outright.

You could also be out any earnest money you've put up if you're already under contract.

Earnest money deposits are typically between 1 and 3 percent of the purchase price. On a $250,000 loan, you'd stand to lose $2,500 to $7,500 to the seller unless the contract includes a contingency that allows you to get it back.

That's a substantial amount of money you're putting on the line for the sake of a white lie.

The lender could call the loan in full

While losing out on buying your dream home and having to forfeit your earnest money is certainly bad, it's far from being the worst-case scenario.

The consequences can be much worse if the fact that you fudged the truth comes to light after the deal is done.

If the lender finds out you lied, they could decide to call the loan as payable.

That means you'd have to pay the full amount of the mortgage or face foreclosure.

Even if the lender doesn't go that route, they may still be able to change the terms of the loan by increasing your interest rate or upping the monthly payments.

That can have grave consequences for the long-term cost of the home.

If your lender uncovers a half-truth with your original application and increases your rate by just a half percent as a penalty, you're looking at closer to $210,000 in interest and a monthly payment that's roughly $75 higher.

You could face criminal penalties

Mortgage fraud is all about the intent to deceive the lender, not how you go about doing it.

Whether you lie about something big or small, it all falls under the umbrella of criminal activity.

Under federal law, mortgage fraud is punishable by a fine of up to $1 million. At the state level, the fine depends on whether the fraud is classified as a felony or misdemeanor.

Aside from the financial penalty, there's also the very real possibility of serving prison time if you're found guilty of mortgage fraud.

A federal conviction can result in a term of up to 30 years, and you could receive an additional sentence in state prison. The bottom line?

Unless you're just really fond of orange jumpsuits, forget about lying on a mortgage application.

Mortgage fraud hurts lenders in a couple of different ways. First, there's the possibility of losing money if the buyer's deception leads to foreclosure.

Depending on the value of the mortgage and the home, the loss can quickly come to tens of thousands of dollars for a single property.

Not only that but the loan investor could require the lender to buy the mortgage back, which means another financial hit.

To soften the blow, lenders may pass on the cost to buyers in the form of higher fees or interest rates.

We've already seen how even a minor increase in the interest rate can tax your wallet but higher closing costs can take an even bigger bite.

Closing costs are the different fees you pay when it's time to sign off on loan and they typically come to between two and five percent of the home's value.

That's definitely unfair to buyers who've been forthcoming in filling out their loan applications, and it's a perfect example of why using dishonesty to get a mortgage doesn't pay.

Lying on a mortgage application or any loan application for that matter is just plain dumb.

Even if it's not a lie that's big enough to land you in jail, the risk of losing money or killing the mortgage deal altogether just isn't worth it.

<p>My ex husband has staged having a rental unit to be able to get his mortgage application approved, when he bought out our common home. The imcome from the rent unit was supposed to be used to reduce the amount of child support I pay him monthly. And it was one of the reasons I accepted a lower offer for the house. However after the completion of the title transfer he told me that it is going to be too expensive for him to finish the unit, so he will not be renting it out.</p><p>It's obviously a mortgage fraud on his side, as he misrepresented his income sources.<br>I told him that in addition to deceiving me he is committing a mortgage fraud, but he refuses to discuss anything about this matter.</p><p>Would it be possible for me to report a mortgage fraud of him as a borrower?</p>

<p>I've seen borrowers change the spelling of their names (most commonly surnames) when applying for a mortgage. Does this fall under the fraud category if the mortgage goes through with the incorrect last name?</p>

<p>Hey, anyone know the penalties for a married person to put unmarried on a mortgage loan application in California? My brother wanted to buy out my half of an inherited house but tried to do that, with the consent of his loan officer. Would he face any prosecution doing such a thing? I don't think I want to sign my end with that on there, especially since I am also the successor trustee so I have responsibility on handling the house, which is in a trust still that my parents left us.</p>