Got a Credit Card Grievance? Read the Fine Print: You May Have Signed Away Your Legal Options 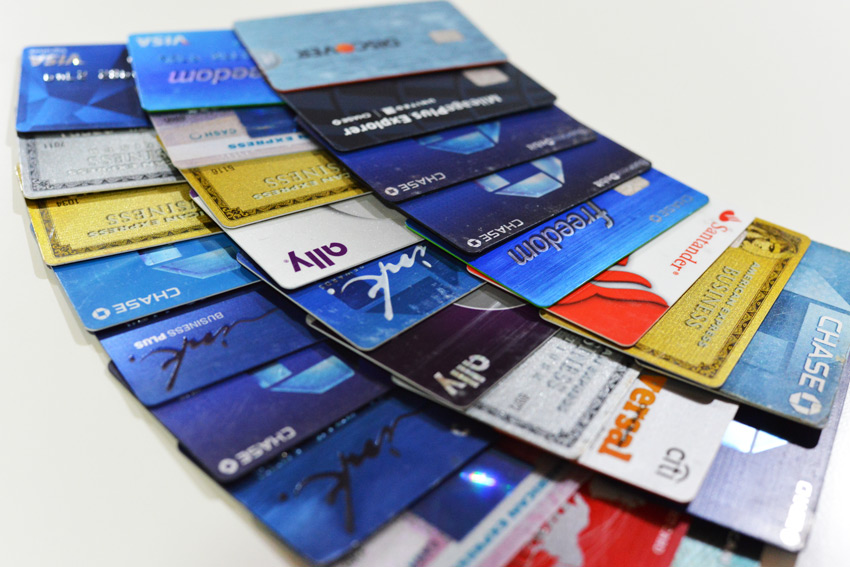 Three in four adults in the U.S. carry at least one credit card. You are probably among them.

It’s likely that you need a credit card. That’s because in much of the U.S., a credit card is a form of identification, right up there with a driver’s license. It also functions as a platform for your credit history, a necessity when purchasing big-ticket items, leasing, or applying for most jobs.

When you signed the contract for the card, you might have surrendered your legal right to sue the credit card company. That’s because many credit-card contracts contain a mandatory arbitration clause. That means, if there is a dispute, you cannot launch or participate in a class action lawsuit. If you don’t agree to that, you may or may not get the card. About a fourth of the contracts provide an opt-out. But few of you take that option. At that point in applying, running into trouble with the card issuer just isn’t on your radar.

About 75 percent of you, found a study by the Consumer Financial Protection Board (CFPB), don’t even remember seeing that arbitration clause. That’s because it was part of the fine print toward the end of multi-page contract filled with legalese. And even if you do recall it, only about seven percent of you realize the grim implications. Last October, in a three-part series, The New York Times outed all this.

Arbitration is expensive, with the company having lion’s share of control

The implications of forced arbitration are huge. Here are the financial ones.

You perceive a $125 late fee as imposed in error.

To dispute that in a formal manner through arbitration, you would have to pony up a filing fee. Also there may be some traveling expenses. Depending on the outcome, you may have to pay some or all of the costs.

Overall, arbitration may not be less expensive than if you went to court as an individual plaintiff or part of a class action.

The cost advantage to you in a class action lawsuit is that you might pay nothing directly to a lawyer or for court expenses. Class action litigation is usually conducted on the basis of contingency. The plaintiff lawyers take on the financial risk. If they win the case they will receive a percentage of the payout from the defendant. Often it’s only in this way that those of you whose allegations about fraud or deceptive practices are small in amount can be heard. Other modes of seeking corrective action are simply too expensive.

U.S. Supreme Court ruled arbitration decisions as binding, even if in error

The implications about justice are even darker. Here is an example. The arbitrator determines not only the verdict. Currently, the decision is binding, not permitting judicial review.

Lawyer and journalist at Abovethelaw.com, Joe Patrice directed MyBankTracker to the U.S. Supreme Court ruling in “Oxford Health Plans LLC v Sutter.” This was decided during the period that John G. Roberts Jr. has been heading the Court. Earlier in his career as a corporate lawyer, Roberts represented Discover Bank in a case involving bans on class actions.

Essentially, the highest court in the nation declared that the arbitrator’s verdict cannot be “vacated,” that is, tossed, even if it represents a grave error. Patrice puts out there a rhetorical question. He asks if this kind of seeming miscarriage of justice can be prevented, if we “Elect people who will appoint a different Supreme Court?”

Then Patrice adds, “In all seriousness, the Roberts’ Court has aggressively interpreted these clauses as binding to put Americans at the mercy of these contracts and the whims of corporate-leaning arbitrators. The Conception case removed state law as a savior for consumers and once in arbitration, even an arbitrator’s ‘grave error’ can’t save you per the Sutter decision.”

What should be obvious here is that arbitration, unlike the threat or reality of a class action lawsuit, is not going to deter a company from illegal activity or deceptive practices. Arbitration, to apply the cliche, essentially seems to be a toothless tiger.

You lose right to your day in court

A second implication for justice - or rather that lack of it - is that you do not get your day in court. It has been America’s strong legal system which has been the foundation for the strong economic system. Without laws which are enforced in court protecting private property and other monetary assets, there wouldn’t have been a determined and sustained effort to build wealth, individual and national. In addition, society could evolve into a banana republic.

There is no transparency

A third implication for justice is the peril associated with a lack of transparency. With some exceptions to protect minors, most court proceedings are open to the public. The transcripts are public documents. Not so with most arbitration proceedings. Usually they are conducted in private and the records kept confidential. This is the primary reason why there is no database of statistics about arbitration.

Companies saw the danger in the growing class-action movement

Companies aren’t really villains in imposing mandatory arbitration clauses. Most were simply being self-protective. They observed how class-action lawsuits in the tobacco, asbestos, and former lead paint industries were costing individual companies billions in litigation costs, damages, and settlements. For the Master Tobacco Settlement Agreement, major players in that industry agreed to pay about $206 billion over a 25-year period.  A handful of class actions actions affected credit card users sent shivers through the industry.

The financial services and other sectors decided they had to prevent those kinds of painful events.  Arbitration seemed to them to be a common sense solution both for consumer and bank. Their motivation was to save money, not deny consumers their rights. As they could see, plaintiff lawyers, operating on contingency, were making out like bandits. After  failed pushes to arbitration, and with the help of powerful lobbying groups such as the U.S. Chamber of Commerce, business felt compelled to derail the plaintiff bar momentum.

Gene Grabowski is a partner at global, a public affairs firm which handles litigation issues. In an interview with MyBankTracker, he observes, “Arbitration clauses are a direct result of costly and often frivolous lawsuits that have deviled companies for decades. But the problem is that arbitration leads to a compromise, even when one party is at fault and should be punished. Essentially these clauses enable Goliath to take the rock out of little David’s sling.”

There are seven ways consumers can become self-protective

Companies have been effective activists in taming the plaintiff bar. Their influence has reached all the way to the U.S. Supreme Court. Consumers can become equally effective in protecting their financial interests and their legal rights. Here are seven ways.

America’s Founding Fathers perceived themselves treated unjustly by King George III. They took action, risking their lives, material goods, and social status in the process. Those kinds of sacrifices aren’t being demanded of you in terms of combatting forced arbitration. But, the burden is on you to let credit card and other kinds of companies know that you will not surrender your rights. There are at least seven ways you can protect yourself and your funds.

About the author Jane Genova
Jane Genova is a widely recognized authority on personal finance and the law.