Is Buying a Home Worth It in Today's Market? Rethinking the Investment

But it’s still a great source of equity, right. Well, let’s put that statement to the test. Average American home value has risen 300 percent since 1980 — or 14 percent adjusted for inflation. Now ... 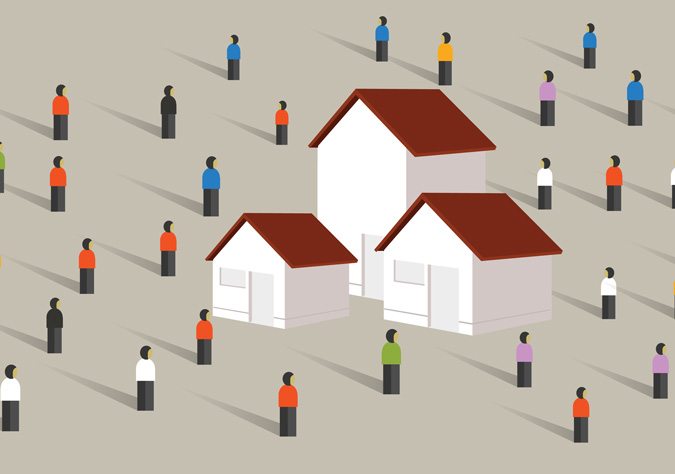 Home ownership is American as apple pie, and purchasing a home has long been part of the American dream. But some have called the practice horribly overrated. So let’s decide: is buying a home really worth it in today's market?

The history behind home ownership

Home ownership was not given to the American people as a vehicle to build personal equity. Instead, it was a concept sold to the working class at the turn of the century to keep labor forces local and to encourage people to take out large loans from the bank to be paid back with interest. In this light, the suburbs are really just cash farms for banks and labor camps for local companies. But in return, home ownership gave people a stable residence that appreciated in value over time. Right?

People assume homeownership is a no-brainer investment. Why burn money on rent when you can own? Homes, however, are actually terrible investments.

But it’s still a great source of equity, right. Well, let’s put that statement to the test. Average American home value has risen 300 percent since 1980 — or 14 percent adjusted for inflation. Now compare that to the market performance. The S&P 500 has risen 1457 percent during that same period — or 465 percent adjusted for inflation. If you’d taken a down payment of $30,000 and invested it in the market back in 1980, you would have $437,100 in the bank today. And if you’d reinvested your dividends, that $30,000 would be worth $1,119,948. No housing market has come even close to these returns, even New York and San Francisco.

There are other factors to consider: the mortgage interest deduction and capital gains taxes versus real estate taxes, for instance, or cyclical downturns. But the basic numbers reflect the fact that homeownership is expensive but potentially risky. The painful truth: homes are unreliable investments that, on average, barely keep pace with inflation.

Homeownership forces regular people to save a higher percentage of their income than they would otherwise. Comparing the percentage of total income that the average American spends on mortgage (15 percent) versus rent (30 percent) supports this. The “cost” of home ownership effectively adds another 15 percent to whatever percentage of income the average American saves. Do you really believe a renter spending 30 percent of their income on rent is saving, on average, an additional 15 percent on top of regular savings?

The bottom line: If you can rent for under market and invest what the rest are paying in mortgage interest, real estate taxes, new wood floors, and garbage disposal repairs, you’ll come out way ahead. But if you don’t have the luck or the discipline to do that — as is the case for the vast majority of people — then you might consider buying into that American dream and getting a home.

About the author David Incandenza
David is a writer for MyBankTracker. He is an expert in consumer spending and financial literacy.
Add a comment