A lot of people think they have a good handle on the concept of how to deal with personal wealth, but many are missing the point. Read on to find out why. 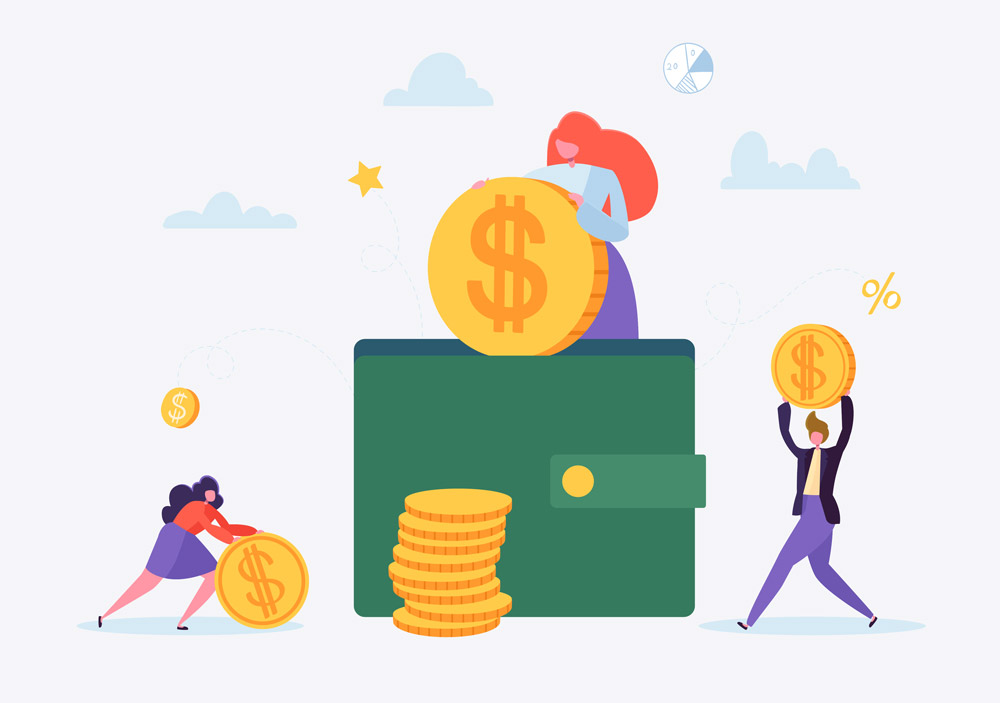 Personal wealth is one of those things that everyone has a different opinion about.

Some find wealth to be something that doesn't necessarily matter too much and is adjunct to other aspects of life, while others live and breathe for their money.

While a healthy attitude may likely fall somewhere in between these two extremes, there's no getting around the fact that many people simply have the wrong mindset about personal wealth, and some go through their entire lives this way.

The key to getting the most out of your money is to adopt a healthy attitude about how you deal with it.

This can be easier said than done, but there are a few common things that may be getting in the way.

Understanding why you might be having issues is the first step towards fixing them, and it doesn't have to be nearly as hard as you might think.

Consider the following five reasons why many people have the wrong mindset about personal wealth, and see if they apply to you.

1. You View the Accumulation of Wealth as a Competition

If there's one thing that almost everyone experiences at one point or another when it comes to money, it's jealousy.

Many believe that accumulation of wealth is a competition of sorts, which is really missing the mark entirely.

Rather, you should take responsibility for your own unique situation, ignoring the wealth of other's entirely.

After all, it's not as if what someone else has in their wallet has an effect on your finances, yet we so often believe that we need to play catch-up with those who have more money than us.

The bottom line, however, is that there are always going to be people out there who have more money than you, and turning things into a competition will do nothing but cause you distress.

Be a good steward of your own finances, and you'll no doubt see a marked change in your attitude.

2. You Think You Need to Be Making More Money

Let's face it -- at the end of the day, everyone wants to bring home more money.

For many, however, the obsession over making more money can get in the way of actually dealing with it in a proper manner.

Most of the time, those who think they need to be making more actually need to be placing more focus on the money they actually have, as this can have a much more powerful impact in the end than simply getting a higher-paying job.

This isn't to say that there's no reason for you to go out and try to better your career, but the important thing to realize is that you should only be doing this if you already have your current finances in order.

Focus on how to deal with what you have at the moment, and there may be room for bringing-in more money in the future.

3. You Think You Need a Helping Hand

A lot of people end up getting heavily frustrated with their financial situation and start pointing fingers at those who are well-off.

Some, for example, get irritated by individuals who have received an inheritance or have otherwise gotten a financial kick-start, which can lead to resentment and an overall poor attitude.

This is more common than most people want to admit, and it's easy to see why.

In reality, however, you don't need a financial boost to get started with focusing on and maintaining personal wealth.

Indeed, some of the richest individuals in the world got to where they are because of hard work and perseverance -- not an inheritance.

No one can argue that a little extra money would hurt, but it's not a necessity and should never be obsessed over.

4. You Don't Think You Need an Accountant

For some people, the idea of hiring an accountant to handle personal finances seems crazy.

Most associate accountants with business purposes, yet this doesn't have to be the case at all.

Maintaining a positive attitude about your finances is next to impossible if you don't have all of your ducks in a row, and this is exactly what an accountant can do in order to help keep you on the right track.

Accountants can be extremely helpful when it comes time to do your taxes, as well.

The added costs that can come along with hiring an accountant can sometimes be enough to keep people from pulling the trigger, but when you consider how much money you might be able to save in the long run by having someone on your side, it becomes quite clear just how helpful it can be to have an accountant you can trust.

5. You Think You Should Be Investing More

There are countless reasons to learn how to invest in stocks, bonds and other options.

Many people make a fair amount of money investing without having to even put very much effort in at all, which can be enticing for those who are looking to pad their bank accounts.

What it truly comes down to, however, is that investing is not for everyone.

Indeed, it can take a long time to learn how to properly handle investments, and it's possible to lose quite a bit of money in the process if you're not careful.

Personal wealth doesn't have to be all-encompassing and get in the way of enjoying the rest of your life, but there's something to be said for adapting a proper mindset about it.

Take a moment to think about how you approach wealth, and you might find that changes need to be made.