When a raise, promotion, or new job is offered, but it requires a major relocation, find out whether the costs of moving and new living expenses is worth it. 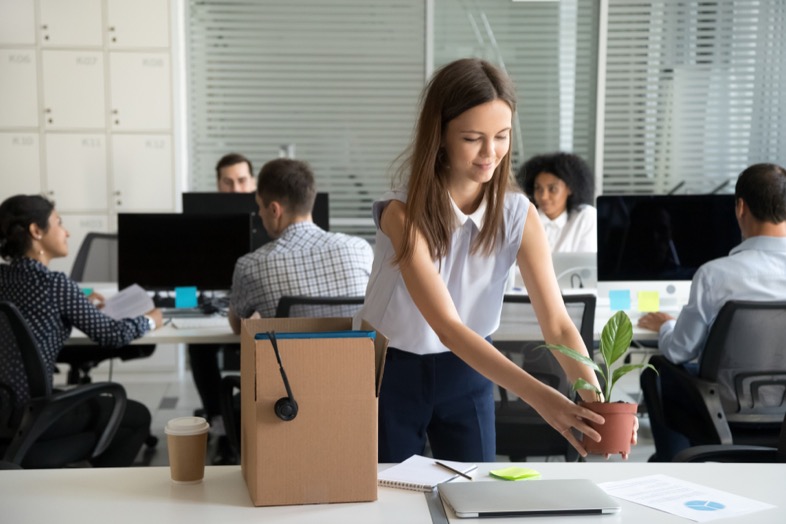 Getting an opportunity to further your career is an exciting prospect.

But if you need to relocate to make it happen, it may or may not be worth it, at least in the short term.

To help you decide, here are some of the factors to consider, and how to do the math for your situation.

Things to Consider When Weighing a Relocation Offer

Once you get an offer to relocate for more money, the most important thing is to avoid accepting it right away.

Even if you’ve already been anticipating the change, you’ll likely receive new information once it’s made official that can help you make the right decision.

Here are 10 things to think about before accepting.

1. The amount of the raise

The easiest place to start is your salary.

Earning more money is always a good thing, but if it’s a marginal increase, it may not be worth all the other trade-offs you would have to make in the change.

There’s no objective benchmark to let you know if the raise is worth it.

You’ll need to decide for yourself if the amount is adequate for your needs and wants.

Of course, it’s important to consider the raise amount in context.

As you consider the other nine factors covered here, think back to the salary offer to give you an idea of what’s worth it and what isn’t.

Many employers offer to help you relocate by compensating you for your moving costs and covering rent for a short-term apartment while you’re trying to get settled.

Some employers even have real estate arms to help you sell your current house and find a new one.

If you’re getting some kind of relocation compensation, look through the package to get an idea of what’s covered and what isn’t.

If you’re not getting any of these benefits, you’ll have to foot the bill for all of those costs.

Depending on how much they are, they could neutralize the benefit of a higher salary, at least for the first year or so.

Even if that doesn’t matter to you, you’ll need to make sure you have enough cash on hand to cover the costs.

If not, you may need to find a way to finance your moving expenses.

3. The new cost of living

Depending on where you’re planning to relocate, the cost of living in the new area could make your new salary go further or even wipe it out altogether.

So if you get a job offer to move from the Utah state capital to the Golden City and the raise is less than that, you may have a hard time getting by.

On the flip side, moving from an expensive city to a cheaper one can make it an easier decision.

Moving from Chicago to Dallas, for instance, would result in a cheaper cost of living to the tune of approximately 15%.

So if you get a raise in the process, you’ll come out even more ahead than it looks on the surface.

Take a look at the cost of living differences of your current city and the new one, and try to break it down into different categories to get a better idea of how certain areas of your budget will be affected.

4. Changes in other expenses

While it’s simple to check the general cost of living expenses, relocating to a new city could change certain costs for your specifically.

For example, if moving will require you to buy a car, you’ll want to include an estimated monthly payment into your equation.

Take the time to consider these and other potential expenses you might need to add or remove from your budget.

While some factors you’ll consider are easy to quantify, others aren’t.

The most important such factor is your growth potential in the new city.

Moving to a hot market can open up a lot more opportunities in the future, even if you decide not to stick with the company.

And if you’re planning on staying with your employer, making the move could signal to higher-ups that you’re worth investing in.

Either way, having the opportunity for more growth potential in your career can be worth taking a measly salary increase, or even a pay cut.

But you’ll need to do your research to determine how valuable that potential is to you.

Every company has its own unique culture. Even within the same company, local and regional norms can shape the environment of different offices.

As a result, it’s important to consider how your work environment will change, and whether or not you’ll enjoy the job.

Even a big raise in salary may not be able to compensate for a bad work environment.

This factor may be tough to gauge before you actually start the new job. But there are some things you can think about before you make a decision.

For example, if your new job allows you to work from home more often, it could give you more flexibility.

But if you can tell that the term “work-life balance” isn’t even in the new company’s lexicon, it may or may not be worth it.

While you’ve already considered increased gas expenses, another thing to think about with a new commute is your time.

If your new commute time will increase significantly, you may miss out on quality time with your family or hobbies.

Even if you can use public transportation and spend that time effectively, it can still be frustrating to feel like you have better things to do.

8. Impact on family and friends

If you’re moving far away from your circle of family and friends, it could have a negative impact on your relationship with your loved ones.

That impact can be compounded if you have a family of your own and your spouse and kids have to do the same thing, especially if they feel like they have no say in the matter.

Alternatively, making a move away from your bubble of family and friends could provide you with an opportunity for personal growth, especially if you’re on your own.

As such, it’s crucial that you take time to consult family and friends before making the decision to leave them.

While you — and your spouse, if applicable — ultimately have the final say, having that conversation can go a long way in preserving and even strengthening relationships.

It may not sound as big of a deal in the face of the other factors on your list. But the weather can have a big impact on your life.

If, for instance, you’ve lived in Southern California all your life and move to New England, it could take years to get used to the frigid winters, and that’s if you can get used to it at all.

Moving to the Northwest can be particularly difficult if you enjoy seeing the sun all year round.

And if you live in a place that has all four seasons, it could be depressing to move to a city where it feels like you’re in a perpetual summer.

There are scores of other factors that may cross your mind as you consider whether or not to relocate for a raise or a new job.

As you do so, think hard about how they’ll affect your overall quality of life.

Because everyone is different, these other factors and how they affect you may not be the same for other people on your same career path.

So while it’s a good idea to get advice from trusted mentors and friends, it’s important to recognize your differences and focus on whether the move would be good for you specifically.

It’s a Big Decision, But It Doesn’t Have to Be Permanent

Relocating for a raise or a new job is a big life decision, especially if you have a family. But just because you decide for or against a move, that doesn’t mean you have to stick with that choice in the long run.

For example, if the new job or position doesn’t end up like you thought it would be, you may feel obligated to stay in it because of the better pay and benefits the employer gave you.

But in the end:

Both you and the employer made a business decision.

And just like the company can decide to fire you if it thinks you’re not a good fit, you have the power to do the same.