Unemployment Benefits: How to Apply and Collect

Learn how unemployment benefits work, including who is eligible, how much you receive, and what you need to apply and collect unemployment insurance payments. 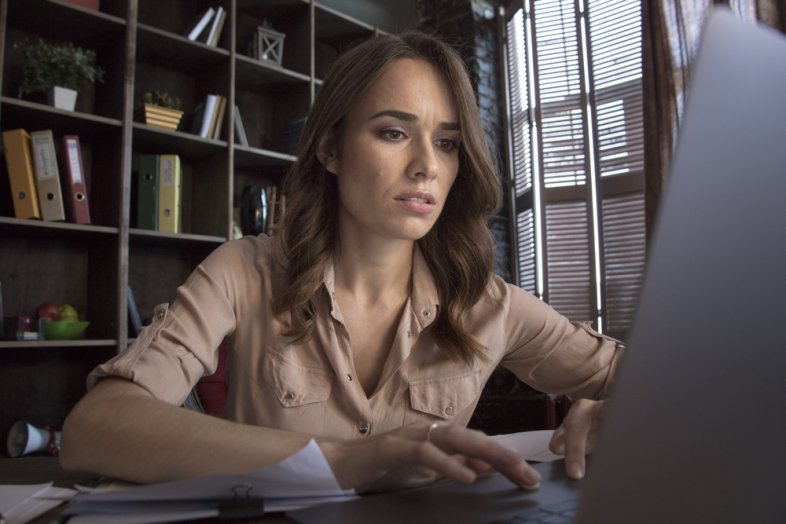 Filing for unemployment benefits can sometimes feel like a job in itself, or so it’s been described by many people who have gone through the process.

Of course, that’s the last thing you want to hear.

You want to be told that applying for unemployment is the easiest thing ever. And you may find the reality is better than the hype.

It will help to start off with a guarded mindset, in case you do run into some roadblocks. It may take a little longer than you would expect to get your money.

We’ll start off with basic information and keep going until you have a good sense of how to complete the process of applying and collecting unemployment benefits.

What Are Unemployment Benefits?

First of all, on this journey, you may also hear the term “unemployment insurance.” It’s the same thing as unemployment benefits.

In any case, unemployment benefits are the product of a joint state-federal program that gives money to unemployed employees who are eligible for that money.

The “eligible” part is important. Not everybody who is unemployed automatically gets benefits.

Eligibility depends on the answers to some questions:

Were you laid off?

If the answer is, yes, then, yes, you should eligible.

Every state is different, and you generally need to meet certain requirements, like being on the job for a certain number of weeks.

In Ohio, for instance, in order to collect unemployment, you had to be on the job for 20 weeks. So if you were laid off after only, say, six weeks of work, depending what state you call home, you could be out of luck.

Are you a freelancer, a gig worker or a contractor?

In other words, do you not have a W-2 form but instead receive 1099’s from your employer or employers?

Historically, typically and generally – in other words, there are sometimes exceptions, such as with the COVID-19 crisis – freelance workers do not qualify for unemployment benefits.

Did you quit a job?

You may not be qualified for unemployment, as you’ve probably heard, but there are sometimes exceptions.

If you quit because working at the company was no longer possible, and you could prove it, you might be able to convince your state to allow you to receive unemployment benefits.

Let’s say you had a manager who was verbally abusive.

You had talked to the human resources department or your employer and the manager wasn’t reassigned and continued the insults.

That might be a situation where you wouldn’t be denied benefits – if somehow you could prove you had a good reason to quit.

If you were fired, you also aren’t going to be eligible for unemployment.

That said, we’re talking you were fired for a great reason. Maybe you were the jerk manager abusing somebody below you.

Or, maybe you were fired because you stole a lot of office pens… and some printer in… and a printer.

If that was the case, you won’t be getting unemployment.

But, if you were fired because of poor performance – maybe you work at a cell phone repair store, but you’re lousy at repairing cell phones – then you will probably get unemployment insurance.

Typically, 26 weeks, or if you prefer, about six months.

But every state is different, and so for you, it may be longer – or less time.

For instance, in Florida, unemployment benefits only last 12 weeks – but it can max out to 23 weeks, if unemployment is high.

How to Apply for Unemployment Benefits

Applying is a pretty straightforward process. You contact your state’s unemployment insurance program.

The U.S. Department of Labor help direct you to the right online resource for your state. (Scroll down to where it says, “Location,” and you can pick your state and go from there.)

You will, as you can imagine, want to have certain information handy, such as:

Try to not fudge any of the information (like your starting date or guessing your employer’s address).

Be as accurate as possible, to avoid any errors that might lead to your claim being delayed.

Once you’re done, it can take two or three weeks to receive that first unemployment check.

For those who are in the position to collect unemployment benefits, here's some helpful guidance:

If your employer says you don’t qualify, don’t listen.

Maybe he or she is right, and you aren’t eligible for an unemployment check – but maybe they’re wrong. Apply, anyway.

Let the state tell you if you aren’t able to receive compensation.

Yes, we said that already, but one reason to apply quickly is that some states have people filing for unemployment alphabetically.

Every state is different, and so maybe if you miss a day, you still might be able to apply soon and not have to wait an entire week. But that’s why you don’t want to put things off. Waiting a day to apply might mean you end up waiting for several of them.

Some states do make people wait a week before applying.

But if you log onto your state’s unemployment benefits website and learn you have to wait, well, it’s a shame.

But at least as soon as you can apply, you’ll be familiar with the website, and you can hit the ground running.

Apply in the state that you work and not necessarily live.

Maybe you work full-time in Sioux Falls, South Dakota but live over the border in Granite, Iowa – then you would apply for unemployment in South Dakota.

Generally, you’re going to make between 50 to 75 percent of your past income.

It’s a system designed to let you pay for the crucial bills in your life and… pretty much nothing else.

The check won’t be in the mail.

That is, you’ll probably either get the money via direct deposit or with a debit card. The debit card may, of course, be in the mail.

You may have to check in with your state each week.

Your state’s website will let you know, but you may need to periodically report to the state and explain what you’re doing to find work.

Check with your state before taking on a part-time job.

You may be allowed to collect unemployment and work part-time, and you may not.

So you’ll want to find out how part-time employment does or doesn’t interfere with unemployment benefits.

Make a mental note for your future taxes.

You do pay taxes on your unemployment checks.

You don’t have to pay them now – but when you file next year, you will.

So if you're out of work due to the coronavirus, in most states, you'll probably receive a paycheck for up to 39 weeks (13 weeks plus, for most states, 26 weeks).

Moreover, for those 13 extra weeks, the plan will give you an extra $600 a week on top of whatever you get through your state's current unemployment insurance package.

This is one of those rare times when you might receive more from your unemployment benefits than you did at work -- which is great.

Just make sure you put every dollar you can aside in a savings account and start budgeting (if you haven't been doing so already).

So that’s the good news.

Many states are reporting technical glitches with their websites and that their antiquated systems aren’t able to keep up with the demand for unemployment.

So it may take you a while to receive an unemployment check, which is why it’s important to apply for your benefits as soon as you can.

In normal times, the gig economy workers don’t, but under the Cares Act is a program called Pandemic Emergency Unemployment Compensation (PEUC), and it allows people who get paid through 1099’s to receive unemployment benefits.

So if you are an Uber driver or a handyman or a freelance writer or whatever you do, and your income has been decimated because of the pandemic, you should apply for unemployment benefits.

Really, that’s good advice for anybody who is out of work and wonders if they are eligible. Just apply. The state will tell you if you are eligible or not. You don’t want to assume and not apply and someday, after a lot of heartache and stress, learn that, gee, whaddya know -- you could have had unemployment benefits.

As a freelancer, you’ll want this heads up.

Typically, you file in the state where you work and not where you live.

So if you are a computer coder who does a lot of freelance work for a big client two states away, and that business is now shut down, you would file in the state where your client works.

So what does one do if you have three or four or ten clients in multiple states, and they’re all shut down?

The U.S. Department of Labor’s website isn’t too helpful there, implying that you may be filing numerous unemployment insurance claims.

The website suggests that you contact the state unemployment insurance agency in the state you live in – and they should be able to provide information on how to file your claim with other states.

But on the plus side, the PEUC is generous with the interpretation of how you became unemployed due to Covid-19. For instance, if you can’t work because you’re caring for a sick relative with the coronavirus, or if you have coronavirus yourself, that’s an acceptable reason to get unemployment benefits. If a doctor advised you to self-quarantine, and you don’t know if you actually have it, that, too, is acceptable.