Unemployment Benefits Fraud: What to Do If You Become a Victim

Find out what steps to take if you've become a victim of identity theft and fraud -- allowing someone else to claim unemployment benefits under your name. 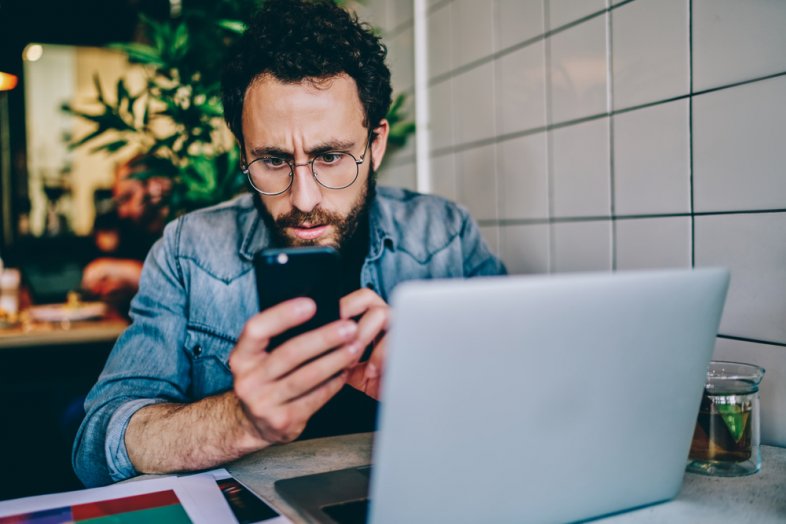 With many millions of Americans becoming unemployed as a result of the coronavirus pandemic and the economic shutdown that followed, unemployment fraud has become rampant.

Tens of thousands of criminals, many of them based outside the US, are using Americans’ personal information to file fraudulent unemployment claims.

It’s apparently easier to do than ever, since so many are filing for unemployment and states’ unemployment agencies are overwhelmed just handling new claims.

But sweetening the pot is the $600 per week federal unemployment enhancement to state benefits, created under the CARES Act (Section 2104) enacted into law on March 27 of this year.

The additional benefit, in combination with a regular state unemployment benefit means a thief can easily collect $800, $900, or even $1,000 or more per week until the fraud is discovered.

While the enhanced benefit is helping millions of unemployed Americans it’s also proven to be a gold mine to thieves.

What can you do if someone filed unemployment in your name and is collecting benefits fraudulently?

As you might imagine, and like all episodes of identity theft, untangling unemployment fraud isn’t simple. It’s likely to involve a multistep process that will take several weeks to complete.

Unfortunately, there’s more information floating around the Internet about each of us than we care to know about.

Because of large-scale data breaches, extensive lists of individuals – including personally identifying information, like Social Security and account numbers – often end up on the Dark Web.

They can be purchased by thieves and without you’re ever being aware.

Because a single list may include information on thousands of people, the thieves concoct schemes to file mass unemployment claims.

The benefit claim is in your name, and matches your personal information except in one important regard – the benefit payments are directed to the thief’s bank account, not yours.

You won't be aware of the fraud until you receive notification from your state Department of Labor.

The notification may come to you personally, or even to your employer.

And it may very well be that by the time you are notified of the claim, several benefit payments have already been issued.

This is at least partially the result of the imperative of state labor departments to issue payments to unemployed and financially strapped employees as quickly as possible.

A thief can collect a fortune before the fraudulent nature of the claim is discovered and terminated.

It will be comforting to think you can clear up a fraudulent unemployment claim simply by contacting your local unemployment office.

The sheer volume of claims these offices have been processing may have left few resources to deal with fraud.

You certainly should report a fraudulent claim to your state unemployment office as soon as you become aware of it.

For example, California has an unemployment fraud hotline (800-229-6297) where you can report fraud.

Check your own state’s unemployment office website to see what the procedure is to report fraud.

There's no way of saying how quickly the state will respond to your report, particularly since it will involve a single case – yours.

It may be best to follow up a phone call with a detailed letter explaining the situation.

Include a copy of any notifications you have received from the state unemployment office, as well as an explanation that you are not the person who filed the claim, and/or you’re still employed.

The letter should be sent by certified mail, so you can document having sent it. Documenting your efforts will be especially important.

Resolving a fraud case can take many weeks, during which multiple benefit checks will have been distributed.

Having written evidence you’ve contacted the department to notify them of the fraud can help protect you from liability for the unauthorized payments.

Notify your employer of the fraudulent claim

In most cases, one of the first steps the unemployment office will take in the filing of a claim is to contact your employer.

They’ll need to verify your employment and the reason for your separation.

Both pieces of information are absolutely necessary in determining the validity of your claim.

It’s even possible that the first notification of the fraudulent claim will be received by your employer, who will then pass it on to you.

But, the possibility also exists that the notification may be received but disregarded as either junk mail or as just another of a series of letters employers commonly receive from government agencies.

Either way, never assume your employer is aware of the claim.

As soon as you become aware of it, you’ll need to notify your employer and request that they also reach out to the unemployment office to confirm the claim is fraudulent.

The fact that notification of the fraudulent claim is coming from both you and your employer will provide added incentive – and evidence – to the unemployment office that the fraudulent claim has been filed, and it must be terminated and investigated as quickly as possible.

Report the fraudulent claim to the Federal Trade Commission (FTC)

The FTC is already aware of the rising number of fraudulent unemployment claims.

You can file your report at a website provided by the FTC called IdentityTheft.gov. The site will help you report the theft, and – very important – recover from it.

A recovery plan will be extremely important.

Anything with enough information to file a fraudulent unemployment insurance claim in your name has the following information on you:

Armed with that information, a thief may not be done with you. The fraudulent unemployment claim may only be the beginning.

The above information will be more than enough to obtain credit in your name, access personal financial accounts, and even file a fraudulent income tax return.

Follow the steps recommended by the FTC to reduce the damage caused by the unemployment theft.

Others Strategies to Implement

File a report with your local police department

It’s unlikely the police will investigate the fraud, not the least of which because the geographic origin of the thief will almost certainly be completely unknown.

But that’s not the primary purpose for filing a police report.

You’ll want to file a police report so you’ll have a written record of the incident on file with the local authorities.

If at any time during the process you’re required to provide proof of the fraud – or your prompt reporting of it – a police report will be the perfect document.

It’s possible you may be the person receiving the unemployment benefits.

That may be caused either by a bureaucratic mistake by the unemployment office, or an error on the part of the thief.

For example, if the unemployment office has any concern about a questionable bank account (the thief’s) they may simply mail checks to your home.

Alternatively, if they have your bank information from a previous claim, they may automatically forward the payments to your account.

Set up a dedicated bank account into which you move the funds.

Leave them there until your state Department of Labor acknowledges the fraudulent claim.

If payments are sent to you by check, retain the checks and keep them in a safe place. Do not cash them but hold them so they can be returned to the department when they start asking questions about the claim.

Keep a file of all activity related to the fraudulent claim

Because the situation is a fraud, you’ll need to maintain an accurate paper trail.

It doesn’t matter that it’s not your fault, you may need the paper trail to prove your innocence, or more importantly, to document the fraud.

Follow-up any discussions with the state unemployment office with correspondence or request written confirmation of important conversations.

Set up a folder on your computer to hold any emails between you and any other party concerning the fraud. It may also be a good idea to print the emails to retain a hard copy in your master folder.

Anytime you speak with anyone in regard to the situation, be sure to write down the time of the call, the department involved, the individual you spoke with, their direct phone number, and the details of the call.

That may not be as conclusive as written correspondence or emails, but it may be acceptable since the information is consistent with the written documentation.

Get serious about monitoring your credit

Once again, any thief with sufficient information to file a fraudulent unemployment claim in your name has more than enough to perpetuate other crimes against you.

You should monitor both your credit report and credit score on a regular basis, paying particular attention to large unauthorized charges, new accounts you haven’t opened, and inquiries that indicate you’ve applied for credit.

Also, set up notification alerts with any financial institutions you do business with.

Being aware of any of these situations will give you an opportunity to minimize the damage if a thief should go beyond the unemployment claim.

Although fraudulent unemployment claims aren’t new, they’ve become much more pervasive with the expanded unemployment benefits that are being paid since the start of the coronavirus.

There may not be anything you can do to immediately stop a fraudulent claim.

But you can begin the process that will ultimately bring it to an end, while at the same time absolving yourself of any responsibility.

Be proactive and never ignore the signs.

<p>There are many other scams and victims now have a huge chance of reclaiming their losses if they file a complaint on recoverytempletech. Search and head to their contact page for an interaction. I was a victim of huge scam that almost got me financially ruined and i got help.</p>