Guide to Maximizing Returns on Series I Savings Bonds

Find out how you can get the highest returns possible on Series I savings bonds by learning how to estimate your earnings rate and time your purchase. 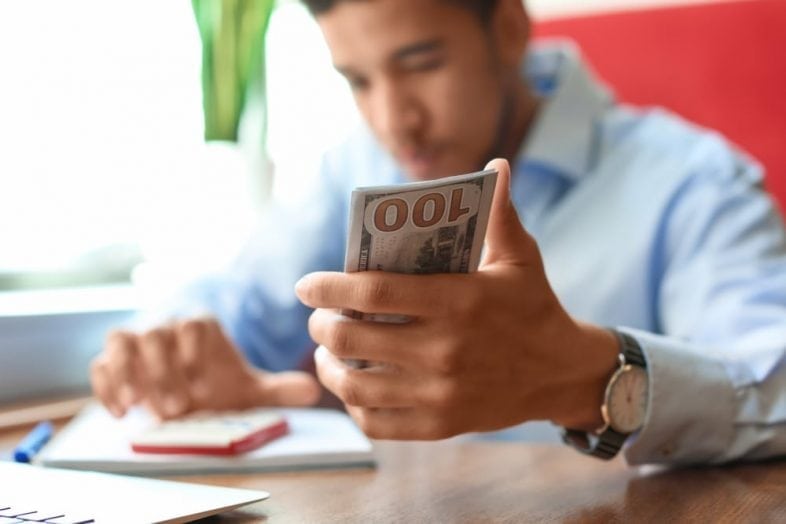 You're looking to boost your savings by investing in a low-risk vehicle such as Series I savings bonds.

And, you want to make sure that you getting the best return possible.

That makes sense -- and it's doable.

Given that you're savvy enough to consider I bonds as part of your savings strategy, you should have no problem using this guide to maximize your returns.

Why Consider Series I Bonds in the First Place

Series I savings bonds offer Americans another savings vehicle to help them save towards their financial goals.

In many ways, I bonds are similar to certificates of deposit (CDs) that are offered by financial institutions.

In any calendar year, you can purchase up to $10,000 in electronic Series I savings bonds (through TreasuryDirect.gov). The I bonds can be held for up to 30 years.

The composite rate for I bonds is determined by the following formula:

The fixed rate is set solely by the Treasury Department and it remains the same for the life of the bond.

The semi-annual inflation rate is determined by the change in the Consumer Price Index for All Urban Consumers (CPI-U) between the months of March and September of every year.

The CPI-U is announced monthly by the Bureau of Labor Statistics.

The fixed rate and semi-annual inflation rate changes on the first day of every May and November.

The inflation rate for I bonds will cycle every six months starting from the day that they were purchased.

When a new six-month period has arrived, the new inflation rate is used in the above formula, with the fixed rate obtained during purchase, to determine the composite rate for the next six months.

You want to be to a lock in the highest fixed rate possible because it would have a long-term effect on your interest earnings if you decide to hold the Series I savings bonds for an extended period of time.

But, it is also important to keep a close eye on inflation because it represents a big part of the composite-rate calculation.

Here's where your due diligence kicks in:

Due to the way that the semi-annual inflation rate is calculated, it is possible to estimate the inflation-rate component of a Series I savings bond by tracking the CPI-U numbers released by the Bureau of Labor Statistics.

What good is that information?

The composite rate for I bonds will change on the first day of May and November.

You have roughly half a month to purchase I bonds to lock in the current composite rate while also having a good idea of the upcoming composite rate.

Knowing the released September CPI-U in mid-October, you determine that the inflation component for November is 0.88%. Assuming that the fixed rate is 0%, you’d get a composite rate of at least 1.75%.

Redeeming these I bonds after 12 months, and deducting the last 3 months of interest, you’ll earn an effective rate of 1.55% APY (possibly higher if the fixed-rate component is above 0%).

You can compare that rate to the top 1-year CD rate that is currently available and invest in the option that would yield the most interest earnings.

The Best Time to Buy and Sell Series I Savings Bonds

The interest earnings on Series I savings bonds are applied regardless of the day during the month that you choose to buy or sell them.

Pay attention to this:

Such a technicality means that bondholders can buy late in the month and sell early in the month while still earning the entire month’s worth of interest.

Firstly, it offers greater liquidity to bondholders because their money is tied up for a shorter period of time.

You are committing money late into the month and gaining access to that money early into the month, with no negative effect on your interest earnings.

It may come in handy if the money is needed for a major purchase, a financial emergency or a more profitable investment venture.

Secondly, it boosts your effective return on Series I bonds.

The prudent bondholder who bought I bonds on the last day of a month and sold them early in the month is invested for nearly two months less.

The Treasury also allows taxpayers to buy up to $5,000 per year, per Social Security Number, in paper Series I savings bonds.

This amount excludes the $10,000-per-year limit that applies to electronic I bonds purchases through TreasuryDirect.gov.

Don't get too excited...

One drawback is that you can only use all or part of your tax refund to buy the paper I bonds -- a small tax refund means a smaller purchase in I bonds.

And, because you’ll be buying I bonds during tax season, you’re limited to a purchase window that only includes the composite rate offered from November to April.

But, purchasing bonds through tax refunds means you can invest more in I bonds (up to $15,000 total per year) if you find that they are offering attractive returns.

After receiving the paper bonds, you can convert them to electronic bonds that will be recorded into your TreasuryDirect account.

You really have to put in a little bit of work (i.e., do some math) and be aware of the times when you can maximize the I bond returns.

It will pay dividends as you're likely to beat the interest rates on some CDs.

However, because of the purchase limits on I bonds, it is still a good idea to round out your low-risk savings with CDs and online savings accounts.