It's never too soon to start planning for your child's financial future but how successful you are in saving begins with choosing the right financial tools. 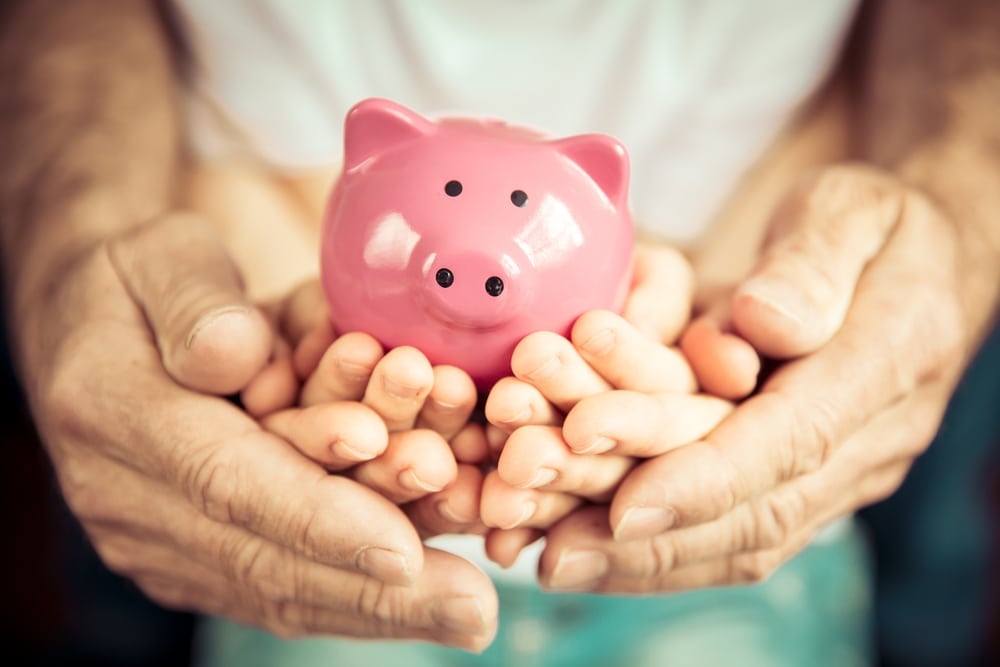 Teaching kids basic money management skills is a great way to give them a head start financially but parents can do even more by setting aside money for their future now.

Find out which accounts are must-haves for parents who would like to start saving for their child's future.

Saving for college is one of the most pressing financial concerns parents face these days as students find themselves facing astronomical student loan debt to earn a degree.

By 2032, the average annual cost of tuition at a four-year public university is expected to hover somewhere around $44,000.

That's a pretty scary statistic to consider and it should be a huge motivator to start saving now if you've got younger kids.

When it comes to college savings, you generally have two choices: a 529 plan and a Coverdell ESA.

Both offer tax advantages but there are some key differences in how the plans work and that's something parents have to take into consideration according to personal finance author David Bakke.

"Contributions to a Coverdell are capped at $2,000 per year, whereas most 529 plans don't have an annual limit. Lifetime contributions are normally capped at $300,000. A Coverdell typically offers a much wider range of investment options compared to a 529 and you can also use your withdrawals for education expenses at the elementary and high school level. You can't do this with a 529."

If your focus is solely on saving for college, a 529 plan is usually your best bet thanks to the tax benefits they offer.

Contributions grow tax-free and withdrawals are also tax-free as long as the money is used for qualified education expenses.

The same is true with a Coverdell account but the biggest difference is you can't make any further contributions once your student turns 18.

For Kris Carroll, Chief Investment Officer of Carroll Financial Associates, being able to contribute to a 529 indefinitely is a tipping point in its favor.

"More students are going on to earn graduate degrees, so being able to continue adding money is an important option. The 529 plan keeps things simple."

For me, the 529 plan made the most sense and I set one up for each of my kids when they were born.

They're both on track to have well over $100,000 by the time they're ready to head off to school and as a single parent, it's much easier for me to save the money over time versus having to cut a huge check for their tuition each year.

Tip: When you're comparing 529 plans, check to see whether your state offers a tax deduction or credit for making contributions.

Saving for retirement is likely to be the last thing on a teen's mind but it's something parents should be giving serious thought to.

An estimated 4 in 10 Americans don't have any retirement savings at all so it's never too soon to get your older kids on the bandwagon.

Setting them up with a Roth IRA as soon as they get their first part-time job is an easy way to get the ball rolling, says Bakke.

"The earlier your child can start contributing to their retirement, the better off they'll be -- because of the power of compound interest.

Maxing out the account shouldn't be the main goal, although that would be great if it's doable. Then they can contribute to an employer-based 401(k) plan as well once they've started a career."

Why a Roth and not a traditional IRA? There are a couple of reasons. While they'd get the benefit of being able to deduct contributions to a traditional IRA, that's not likely to have much of an impact in their early years of saving if you're still claiming them on your return.

Not only that, but they'll have to pay taxes on the money down the road when they start making withdrawals.

With a Roth, the taxes have already been paid on the money that's being contributed so they won't owe anything later on.

That can come in handy if their income increases dramatically and they're in a higher tax bracket by the time they're ready to start making withdrawals.

Unlike a traditional IRA, there's no age cutoff for when you have to stop making contributions so they can continue to save indefinitely as long as they're working.

If they're having trouble getting motivated to save, Certified Financial Planner Andrew McFadden recommends that parents offer a match for the money their kids put in.

"Kids," he says, "do better with incentives when they don't fully understand the value of saving for something big, like retirement."

Tip: Any time a Roth IRA is opened for a minor it's considered a custodial account, which means you as the parent have control over it. Once they reach legal age, which is 18 or 21 depending on where you live, they have full ownership of the account.

3. Supplement Your Savings With Bonds

Beyond college and retirement plans, there are a few other useful tools parents can use to save.

Savings bonds, for example, typically don't offer the same kind of returns you'd get from investing in stocks or mutual funds but if you've got a long-term time frame they're a good way to supplement your savings.

I've purchased both EE bonds and I bonds for my kids as a supplement to their 529 plans.

Bonds are great if you want something safe for the long-term and you don't want to invest a lot all at once. I buy bonds in $100 increments but you can get started with as little as $25 a month.

If your child has a job, gets an allowance or receives cash gifts from time to time, a basic savings account is a must.

Most brick-and-mortar banks offer kids' saving accounts but you shouldn't discount an online bank since there are usually fewer fees to worry about and no minimum balance requirements.

They also carry better interest rates compared to traditional savings accounts. My kids both have savings accounts with Capital One 360 and between birthday and Christmas gifts, they're accumulated a nice little stash of funds.

Get the best online bank for your child by comparing these top-recommended banks on MyBankTracker.

Here are the top online banks that have highest savings accounts rates:

If you don't have a lot of cash to work with, the one thing you don't want to do is put off saving.

Even if you're just funneling a few bucks a month into a high-yield savings account, every penny counts, according to Certified Financial Planner Michael Clark.

"The most important thing to do is to start as soon as possible, even if it is just a small amount. The power of time is extremely powerful when it comes to growing your investments."

Got any other tips on which saving tools are best for parents? Share what you're doing to save for your child's future in the comments below.