Should You Split Contributions Between Traditional and Roth 401(k)s?

Find out if you should consider making contributions that are split between a traditional 401(k) and a Roth 401(k). 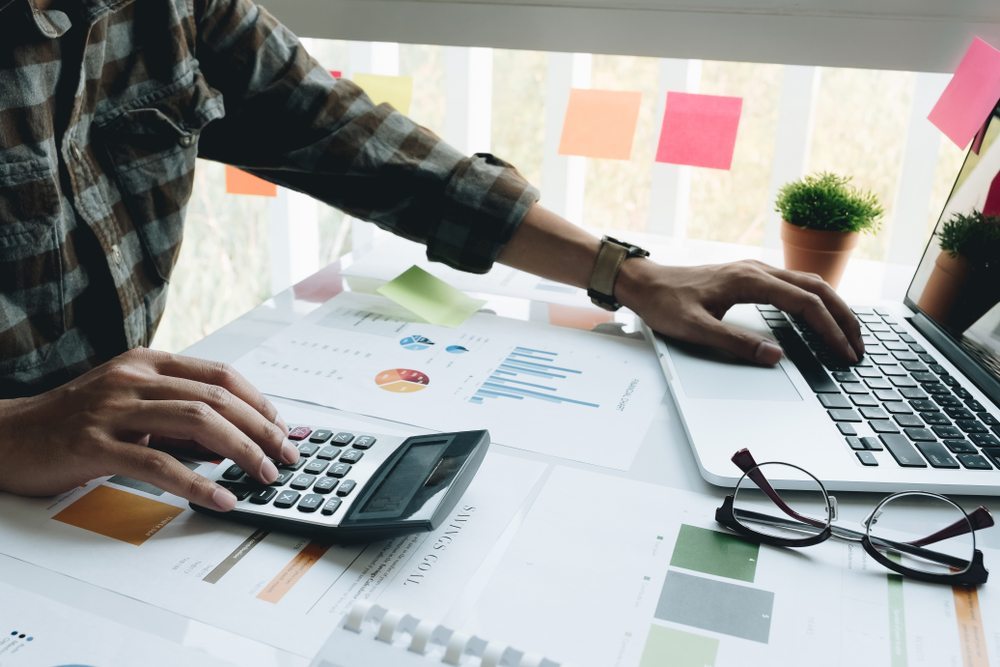 A 401(k) is a popular retirement savings account offered by many employers. But depending on where you work, it may come in two different option available to you.

An increasing number of employers now give their workers the option of choosing either a traditional 401(k) or a Roth 401(k).

Each of them has their own tax advantages.

Usually, people stick to one option because they've identified the type of 401(k) that best matches their financial situation.

But, some diligent savers have the idea of using both types of 401(k)s to diversify their retirement strategy.

Is this approach worth considering for you?

Learn how each type of 401(k) works to see if you might want to split your contributions between the two.

The primary difference between a traditional 401(k) and a Roth 401(k) is when you pay taxes on these contributions.

When you open a traditional account, your contributions are made with pre-tax dollars.

This results in an upfront tax break because you’re able to deduct the contribution from your income in the year you make it.

Since this deduction lowers your taxable income, you end up owing less in federal and state tax.

Of course, this doesn’t mean that you’ll never pay taxes on contributions to a traditional 401(k).

The money in this account grows tax-deferred. In other words, you don’t pay taxes on the money until you withdraw funds in retirement.

If you withdraw funds at an earlier age, you’ll owe income tax on the withdrawn amount and you’ll pay a 10 percent penalty.

A Roth 401(k) achieves the same goal as a traditional 401(k), in that it helps you prepare for retirement.

The difference with a Roth 401(k) is that contributions are made with after-tax dollars.

So you don’t receive a tax deduction when you add funds to your account.

Instead, you pay taxes on your contributions up front.

The downside is that you’ll bring home less money than if you had enrolled in a traditional 401(k).

No taxes upon withdrawal

The good news is that once you pay taxes, you’ll never owe taxes on this money again, which means you can withdraw money from a Roth tax-free in retirement.

It’s important to note that while a Roth lets you withdraw your money tax-free in retirement, you’ll only avoid taxes if your account is at least five years old (regardless of your age).

For this matter, you cannot open a Roth 401(k) at age 56 and expect to take tax-free withdrawals 3 1/2 years later. In this scenario, you wouldn’t qualify for eligible withdrawals until you’re age 61.

You’re responsible for paying income tax and the early withdrawal penalty if you take money from the account before meeting this 5-year rule.

Choosing one option over the other comes down to when you want to pay taxes on your retirement contributions — now or in the future.

There isn’t a one-size-fits-all solution. The best choice for you depends on many factors, such as your age and your expected income bracket in the future.

The latter is important because the amount you’ll pay in taxes is based on your ordinary income tax bracket in retirement.

If you’re a younger employee, a financial planner might sway you toward a Roth 401(k).

This is because income is usually lower during our early working years.

By getting into a Roth when you’re young, you’re able to pay taxes on contributions while you’re in a lower tax bracket. Rather than in retirement when your income is likely to be higher.

A Roth 401(k) is also a solid option if you want to enjoy tax-free withdrawals in retirement, but your income is too high to qualify for a Roth IRA.

When to choose a traditional 401(k)

Although most people expect their income to increase as they advance in their careers, this doesn’t always happen.

And sometimes, a person’s income starts high and then drops the closer they get to retirement, pushing them into a lower tax bracket.

Of course, there’s no way to foresee the future. But if you anticipate taking time off from work later in life or you expect your income to decrease for other reasons, a traditional 401(k) might be the cheaper alternative from a tax standpoint.

Rather than enroll in a Roth 401(k) during your peak earning years and pay a higher tax rate, you can choose a traditional 401(k) and defer taxes until you’re in a lower tax bracket.

One of the best features of a 401(k) is the match program. This is when an employer matches an employee’s 401(k) contributions up to a certain percentage.

Match programs vary, so you’ll need to speak with your employer to understand how their specific program works.

Your company may offer a dollar-for-dollar match up to a percentage of your gross income.

Once you hit this threshold, match contributions stop until the next year. Then again, your company may only offer a 50 percent match up to a percentage.

Let’s assume you earn $40,000 a year and you contribute 5 percent of your income. If your employer offers a 50 percent match, they’ll contribute $1,000 to your account annually.

This is free money that you shouldn’t turn down, especially if you’re a low income earner. When you can’t contribute much, a match program helps grow your retirement savings faster.

Keep in mind that company matches are “always” made with pre-tax dollars.

Interestingly, if you have a Roth, matching funds are put into a traditional 401(k).

These funds grow tax-deferred and you’ll owe income tax on these withdrawals in retirement.

You do not get to deduct the company match from your income. Your employer enjoys the tax benefits.

Should You Split Contributions Between the Two?

Splitting your contributions between a Roth and a traditional 401(k) has its benefits.

Namely, allowing you to enjoy tax-free retirement income on some of your money while paying taxes on some.

Ideally, it might be easier to focus on one aspect of saving entirely.

Contributions to either are flexible

But some people choose a split because they prefer a tax diversification savings strategy.

This involves spreading their money across different assets to cut their taxable income in retirement and reduce risks.

Maybe this approach makes sense to you, too.

If you choose to contribute to a traditional 401(k) and a Roth 401(k), you can choose how to split your contribution up to the annual contribution limit.

There’s also freedom to change where contributions go based on your tax bracket.

Depends on your income

It might make sense to start off with a Roth 401(k) when you’re in the lower tax brackets.

But what if you later move into a middle tax bracket? If you believe your income will remain roughly the same in retirement, split contributions offer a diversified tax strategy.

Then again, maybe you’re in one of the highest tax brackets.

Do you expect your income to decrease as you become older?

If you’re currently in a Roth, you might explore switching entirely to a traditional 401(k). This way, you can defer taxes until you’re in a lower tax bracket.

Most people want to build a bigger nest egg for retirement, but knowing where to put their money can be difficult.

At the end of the day, any decision you make will help you reach your long-term financial goals.

This is whether you choose a traditional 401(k), a Roth 401(k), or you split the location of contributions to balance your taxable and non-taxable income.

<p>Having a 401k thru your employer is a great way to save for retirement. If you are unsure of whether a traditional or Roth 401k is best for you, you can always talk to a financial advisor to see what best fits your goals for retirement. The most important thing is if you have a 401k thru work, no matter how big or small the amount you can contribute is, just contribute something. Any amount you can contribute will help.</p>