Variable Annuities: How Do They Work?

Learn how variable annuities work to provide retirement income based on the performance of underlying investments and whether they make sense for you. 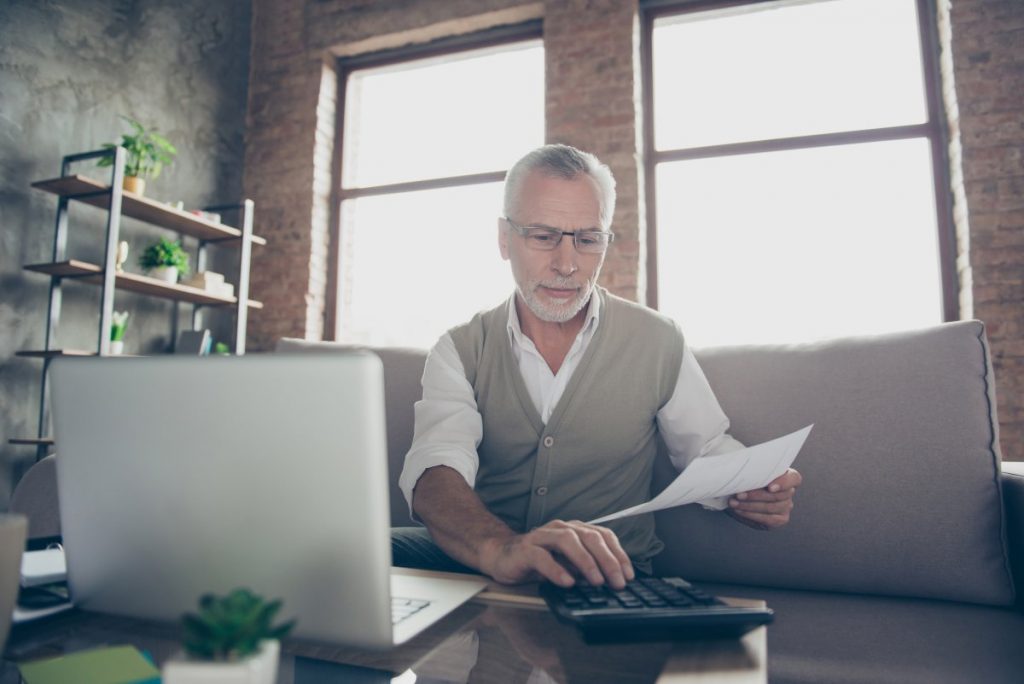 In fact, they can have a lot of moving parts.

Usually, it’s the salesperson that does well when you buy a variable annuity contract.

That said, they can make sense in certain situations. Here’s what you should know.

What is a Variable Annuity?

An annuity is a contract you make with a financial institution or insurance company.

The contract requires you to pay the annuity company payments over time or a lump-sum all at one time.

In exchange for the payment, the annuity company pays you a stream of income.

The stream of income may start at some time in the future or immediately. It may last for the rest of your life or a defined period.

The exact details depend on the type of annuity you choose and what your annuity contract states.

However, they’re commonly stated as providing lifetime income for the annuity beneficiary.

A variable annuity is a subset of annuities as a whole.

It is called a variable annuity because the returns on the money you put into the annuity can vary over the life of the contract.

How Do Variable Annuities Work?

A variable annuity allows the money you put in the annuity to grow at a rate that can change.

Fixed annuities give you a guaranteed amount of income in the future, while a variable annuity offers payments that may change.

This happens because you invest the money you hold in the annuity into one of several choices.

Each annuity has its own investment options. They often include investment choices like:

You can divide the money you invest in an annuity between the different options.

Annuities with returns based on a particular stock index, such as the S&P 500, are called indexed annuities.

Your annuity contract can help you sleep better at night by limiting the losses you may incur within these investments.

Annuities may guarantee you’ll always have at least the amount of money you put into them. This limits the downside risk.

Unfortunately, this comes at a cost.

The annuity likely limits the gains your investments can earn, as well.

If a variable annuity contract limits a fund’s gains to 10% per year, your investments would only increase 10% in a year where they may have increased 30% otherwise.

If you have a deferred annuity, you make payments until a future date where the annuity starts paying out. This is the accumulation phase.

The second phase is the payout or annuitization phase. This phase is when the annuity contract starts making payments to you.

With an immediate annuity, this happens immediately.

Here are some of the benefits variable annuities offer.

Allows your money to grow

Variable annuities allow your money to participate in market gains depending on where you invest the money within the annuity.

Your gains may be limited based on your contract, but you could have larger gains than a fixed annuity offers.

Can protect against losses

Variable annuities may have protections that limit the downside risk your contract has.

An annuity may guarantee you’ll always have at least the amount of money you put into the contract so you don’t incur losses.

That said, all annuities are different.

Some may decrease in value if they don’t have those clauses. Fees can eat up your returns, too.

You can get tax advantages for investing in a variable annuity.

In particular, these annuities may be tax-deferred. This means you don’t pay taxes on the money you put into the annuity.

The earnings within the annuity also grow tax-deferred. Instead, you pay taxes when you withdraw the money down the road.

The purpose of an annuity is to provide an income stream you can rely on.

While the income may change in a variable annuity, you should still get withdrawals for life.

The amounts may vary based on how your investments perform, though.

Annuities are full of fees. An annuity loses money it could have otherwise had if it weren’t for all of the many costs involved.

These fees can and likely will substantially decrease your returns over decades.

The investments you put your money into have fees. The annuity company has a mortality fee to account for the risks it faces.

You may have to pay administrative fees. The salesperson that sold you the annuity gets paid commissions, which essentially gets paid out of the fees you pay.

If you want out of the contract within the first few years, you have to pay a surrender fee.

This means you give up some of the money you paid to cancel the contract. These can be steep.

The person selling you an annuity may make it seem like they have your best interests in mind. They get paid commissions to sell these products, though.

If Product A pays a 5% commission and Product B pays a 10% commission, which would you steer a customer toward?

People who want to make more money, and most salespeople do, would try to sell the higher commission product.

The unfortunate part is the higher commission product may not be the best fit for the client.

When you withdraw money from an annuity, you pay ordinary income tax, not the capital gains tax.

This is a higher tax rate than you’d pay if you had invested for the long-term outside of a variable annuity.

Annuities have several moving parts. You can have a variable or fixed annuity. It can be an immediate or deferred annuity.

Each part of an annuity contract can be changed or negotiated. The maximum gain can be set at different caps. The maximum losses can similarly be capped.

These contracts are very complex. If you’re not careful, your salesperson may make the changes you ask for in one area but offset them with changes in another place.

Make sure you understand precisely what you’re signing and what it means before you sign.

When Do Variable Annuities Make Sense

People often use a variable annuity as part of their retirement plan.

If they want future income from a deferred annuity, they may use it as one of their tools for saving for retirement.

If they’re already close to retirement, they may use an immediate annuity to meet their income needs.

In general, people that buy annuities don’t like risk.

They want to limit any chance of their money decreasing in value and only want to take advantage of gains.

They also want a guarantee they’ll have income in retirement.

If you’re willing to give up potential gains and pay higher fees for this certainty, a variable annuity may be a good fit for you.

When negotiating your contract, make sure you can participate in gains while still avoiding losses.

Other options exist that could put you in a better financial position in most cases.

You’re likely giving up opportunities by investing in a variable annuity.

If you’re considering a variable annuity, you should consult someone that will give you honest and unbiased advice.

The salesperson trying to get you to sign up for the annuity can’t give this advice.

They’re getting paid based on the product they sell you. It’s in their best interest to get you to sign up.

A fiduciary advisor must help you make decisions that are in your best interests. Other financial advisors may only be required to sell you a suitable product.

You may have options & alternatives

The difference between a suitable product and your best interests for annuities could be thousands of dollars or more.

Fee-only fiduciary financial advisors take things one step further by only working for a fee instead of commissions. This means you’ll have to pay the advisor for their time.

These professionals may also have information to help you negotiate a better annuity contract.

The fee you pay for unbiased advice could easily result in a massive return. This is especially true if it keeps you from buying a high-fee or less than optimal annuity contract.