What Happens to Student Loans If You Drop Out of School?

Find out what happens to your student loans if you choose to drop out of school, including the options that you may have to repay the debt. 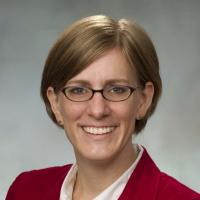 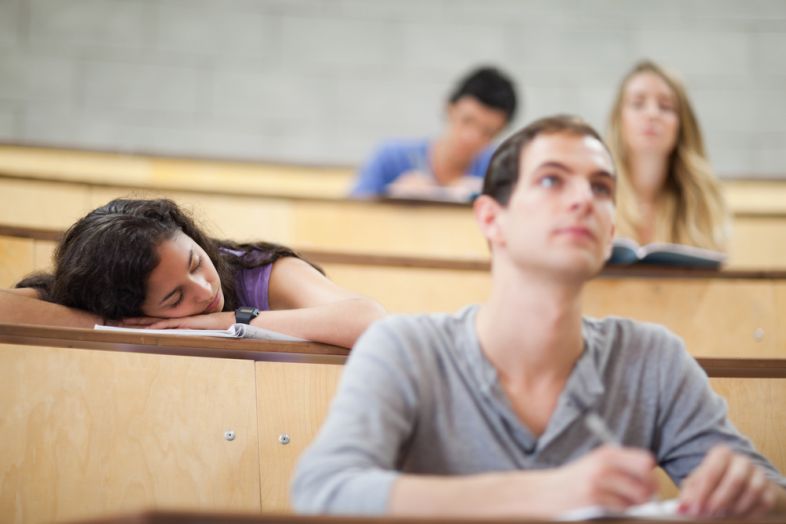 Let's get the basic answer to this question out of the way upfront:

If you drop out of school, you'll still be required to pay back your student loans.

The debt obligation is in no way tied to graduation -- or the lack of it.

As is typical with loans of any type, you're obligated to pay the amount borrowed regardless of the outcome of the purpose of the loan.

It doesn't matter if you drop out as an undergrad, a grad student, or out of medical, dental, or law school.

"Students' finances can have a large impact on their desire and their ability to complete college," said Dr. Jill M. Norvilitis, Professor of Psychology at SUNY Buffalo State College. "Past studies have shown that students with high levels of student loan debt and greater financial stress are more likely to quit college, which leaves them with debt but without the degree that would have made it easier to pay off that debt."

Learn what happens to your student loans when you drop out and what you may be able to do about it.

There are two basic problems that will surface with your student loans once you drop out of school.

1. The deferment period will end

Student loans typically include a deferment on payments, principal, interest, or all three while you’re in school.

Most will continue the deferment for an additional six to nine months after you finish.

But once you drop out, the clock begins ticking on the deferment.

You'll need to begin making payments on your debt within that six-to-nine month time frame.

2. Income-earning capabilities may be impaired

This situation can be incredibly complicated.

Employers may be reluctant to hire a job candidate with only a partial college education.

For example, if you majored in engineering, but dropped out after your sophomore year, it's unlikely you'll be hired as an engineer anywhere.

The best you may be able to do is to get a job in the engineering field at a very low level, and with very low pay.

In many cases, you won't be able to get a job in the field at all.

And it may be that you dropped out of college because you decided the field you were studying for wasn't going to work for you.

If that's the case, you may be looking at starting from zero.

Unfortunately, to many employers, those who drop out before completing their degree program are no more employable than those with no college education at all.

It could put you in either a minimum-wage situation or on the very low end of the wage scale in an occupation completely unrelated to your college major.

Dr. Jill M. Norvilitis
Professor of Pyschology, SUNY Buffalo State College
Is there a point where student debt outweighs the benefits of completing a degree?

The bigger issue is how to help students choose the lowest level of debt for themselves -- enough that they can complete their degrees without being burdened by it. That level depends on a number of things, including future earnings, but it is absolutely important to have that conversation with students.

There is research out there that points to high levels of student loans being related to negative outcomes, like more stress, poorer financial well-being, and being less able to do things like buying a house after college.

While you were in college, you weren't developing specific career skills.

The absence of those skills, as well as the lack of a degree, can hamper your income-earning potential.

Unfortunately, it doesn't matter if your student loans are federal or private.

Loan payments must begin at the end of your deferral.

You're in a somewhat better position if you have federal student loans.

But even those programs won't relieve you of the requirement to begin servicing your debt at some level.

First, they don't usually provide a hardship arrangement. If they do, it's very limited in scope.

For example, it may waive principal payments for a certain amount of time.

But under the most generous private loans, 12 months will be the maximum forbearance.

The bigger problem with private student loans is if you have a cosigner – and you probably do. If for any reason you’re unable to make the payments on your loan, the lender will pursue payment from your cosigner.

Since that cosigner is most likely a parent or guardian, you'll be putting that person in a position of being legally required to cover the payments on your debt.

Worse, should either you or your cosigner fail to make the payments, the loan will go into default. That will result in major credit destruction, for both you and your cosigner.

The situation will be bad enough that your cosigner’s credit has been impaired, and that person may be legally required to cover the loan amount on default.

But now you’ll be adding impaired credit to a missing college degree. It's the kind of situation that can magnify the problem in a major way.

That being the case, let's take a closer look at the options you have to deal with your debt.

Let's cover this potential option first, since it's a frequent consideration.

The news here is mixed.

You may be able to include private student loans in a bankruptcy filing.

Those loans are not legally prohibited from bankruptcy. But that doesn't mean including them will be easy.

You have to meet certain guidelines to be eligible for bankruptcy in the first place, and there may be specific limits on private student loan debt.

If you’re successful in including a private loan in bankruptcy, you'll be looking at filing for either Chapter 7 or Chapter 13 bankruptcy.

Under Chapter 7, your debts are generally fully discharged.

This may be completely workable, since as an unemployed college dropout, you probably have little in the way of assets, and only minimal earning capacity.

But once again we get back to the problem of a cosigner.

Even if you file for bankruptcy yourself, the lender can still go after your cosigner. Your loan obligation doesn't go away, it just shifts to your cosigner.

If you can't qualify for Chapter 7, Chapter 13 will involve your making monthly payments on your collective bankruptcy debt for up to five years.

The payment will be based on your income, which may provide some relief.

But you'll still be stuck with the problem of a low income and continuing monthly payments.

And once again, like a Chapter 7, a Chapter 13 bankruptcy will draw your cosigner into the equation in a direct way.

The bankruptcy situation is completely different from federal student loans.

As a general rule, they cannot be discharged in bankruptcy.

There are certain exceptions for hardship situations.

Here are the key takeaways:

Even if you qualify for a discharge of your federal loans based on the above, that discharge is not automatic.

Though the bankruptcy situation on federal student loans is bleak, that's largely offset by the fact that they come with forbearance arrangements that are not available on private student loans.

The two most popular types are:

There are different variations of this program, but the basic concept is that your federal student loan debt monthly payment is lowered to 10% of your discretionary income.

It will reduce the amount of your payment to fit within whatever your income may be, which can be a benefit even if you have a minimal income.

The one negative of this plan is that it could extend the term of your loan out as far as 25 years.

However, it must be considered that well within that time frame you'll likely be in a higher income situation, and able to increase the payment to reduce the loan term.

You could have at least part of your student loan debt forgiven by working for certain employers for at least 10 years. These include:

During the time of your employment with any of the above, you must make 120 payments, after which the debt can be forgiven completely.

You don't have to work for a single qualifying employer either.

You can work for two or more during that 10 year period, or even work part-time for two at the same time, as long as you average at least 30 hours per week in total.

Applies to federal loans only

These two programs are available only with federal student loans.

The forbearance provisions will be lost if you do.

There's one more option we haven't mentioned yet, but it should be considered.

You can avoid all the unpleasantness of default, bankruptcy, or even forbearance, by either changing majors or schools, rather than dropping out completely.

That will produce a cleaner outcome, including especially the ultimate completion of your degree.

Once you do, you'll have sufficient earning power to repay your debt, preserve your credit rating, and protect your cosigner.