If you don‘t have the funds to get a higher education, find out about how military educational programs can help you earn a degree and job experience while getting paid. 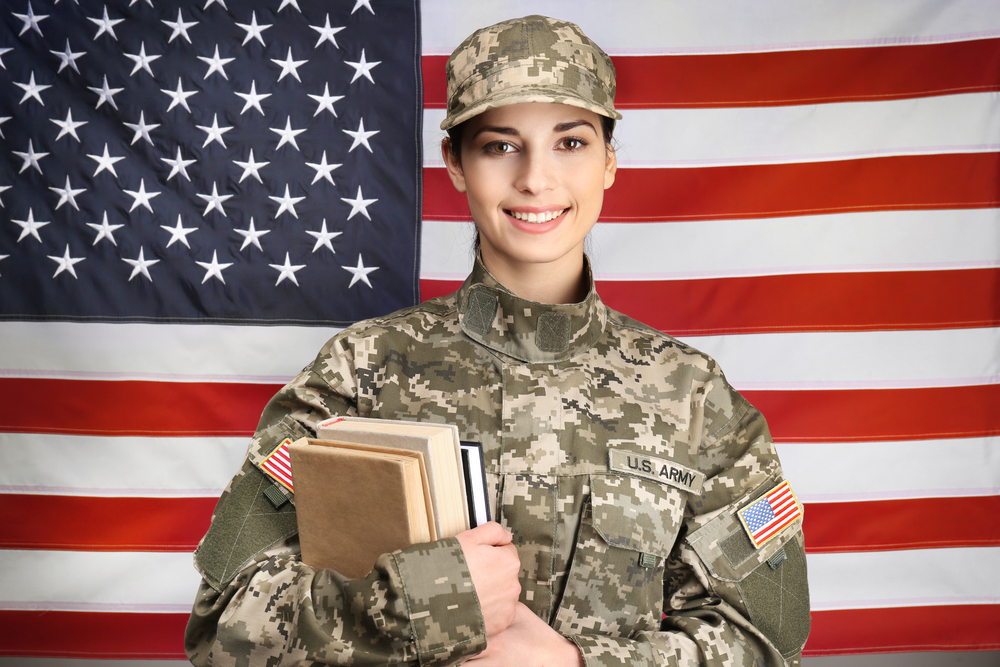 If you're only making minimum wage -- or making only what you need to support yourself -- how do you invest in your future?

Even if the answer is to invest in yourself by going to school, how do you afford the expense of education without indenturing your future to student loans?

If you think your future opportunities may be limited because you can't afford to go to college, then serving in the military may be a great option for you.

It's a proven path for your journey to a successful career and fulfilling future.

And you can do it, incidentally, while making a reasonable living and enjoying a few perks and amenities not often found in civilian life.

Joining the military is a life-changing move in more ways than one, so doing your homework when considering this transition is mandatory.

You cannot depend solely on the information you may get from your local military recruiter.

In order to choose a military occupation helpful to your plans for self-advancement in civilian life, do a lot of careful planning and research on the options available.

The object is to map a scenario in which you fulfill a significant support role in the military (many of these specialties don't involve combat operations), while performing the most technical specialties -- some of which even pay cash bonuses.

The greatest number of technical opportunities are probably in the Air Force, Navy and Coast Guard (with the latter being the least likely of the services to be involved in combat).

But the Army and Marines also need, recruit and train tech specialists in IT, communications, medicine, logistics plus other fields and skills that easily translate to the civilian world.

In basic training, advanced or technical school you fill out a form, known as a "dream sheet," to list your assignment preferences.

While the services will consider your preferences, the overriding deciding factor is where the military needs you the most.

Usually for first duty assignments, the "dream sheet" is best thought of as a  tie-breaker.

For example, the service has an equal need for you at base X and base Y.

They look at your dream sheet and see you have base Y listed and you'll be assigned to base Y.

For some jobs, your assignment can also be based on your class-standing in training school.

After the first duty assignment, future assignments are done a little differently.

In most cases, you'll have a little more say in future assignments.

The major educational benefit program is the Montgomery G. I. Bill and it applies to all of the active duty services.

The decision to participate in the program is made by a recruit after a briefing in basic training and you get one shot at it.

If a recruit elects to participate, their pay is reduced by $100 per month for 12 months.

In return, recruits receive monthly education benefits based on their training time and years of enlistment.

Under the current law, Congress can increase these amounts each year to match inflation.

To use the bill while on active duty, you must serve at least two continuous years.

When used after getting out of the military, the bill pays more.

On active duty, it only pays for the cost of tuition for courses taken.

Because of this, most uniformed service members use the military's active duty tuition assistance program.

If you are separated early, and lose your qualification for the Montgomery G. I. Bill, you do not get your money back. Under the law, the money taken out of your pay is not considered a "contribution," but rather a "reduction in pay."

Most of the information for this article came from a respected authority on military life.

Rod Powers is an Air Force veteran who retired a First Sergeant in 1999 after 22 years on active duty, and has been writing about careers in the service ever since.

Powers emphasizes the importance of remembering that the military's not for everybody.

Fully 40 percent of recruits who do enlist in the military, he says, will not complete their full term of service.

Many discharges will be for reasons beyond the recruit's control, such as medical problems.

But a significant number of the involuntary discharges imposed on recruits can be traced back to their discovery that the military wasn't what they thought it was going to be.

If you have a realistic view of military life, however, and have the discipline to adapt to its regimentation, the rewards can be great.

There is vocational training for your occupational specialty, assistance with higher education while still in service, more benefits for advanced education years after leaving the service, important financial subsidies for the future like VA home loans, and VA medical care for service-related health issues.

Transitioning veterans into the general employment market has become an industry of its own.

Virtually its entire leadership and key staff are veterans.

Orion places military job seekers everywhere, but the most frequent placements are (in alphabetical order):

Orion uses the Veteran Talent Index survey by Monster.com and Military.com for research.

Employers also said that veterans perform as well or better than non-veterans in terms of career advancement, job retention, and job turnover.

About the author Jeff Yoncich
Jeff is a licensed real estate agent in California and he specializes in home buying, mortgages, and debt, among other money topics. His work has appeared in Business Insider and Trulia.
Add a comment