Do You Have to Report Income Earned From a Hobby?

Many Americans also have hobbies which earn them extra income every now and then, but in the eyes of the IRS, what is the difference? 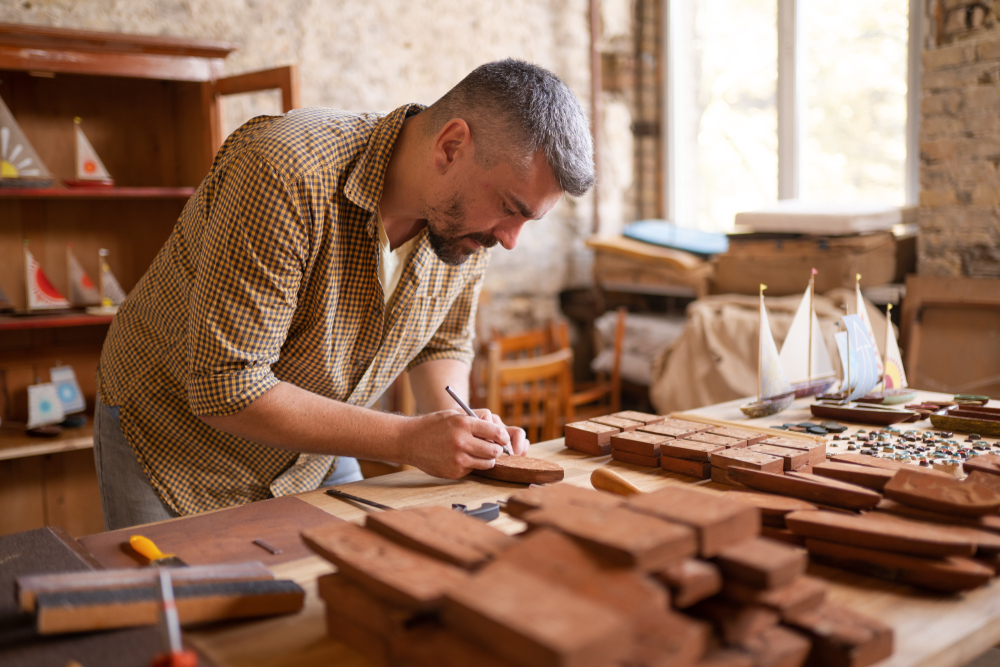 Making extra money by putting skills and talents to use on the side has become a staple form of extra income for many Americans.

Many Americans also have hobbies which earn them extra income every now and then, but in the eyes of the IRS, what is the difference?

Sadly, the answer to that isn’t simple.

The short answer to that question is that only the IRS knows with certainty, and maybe not even not so much.

The IRS hasn’t published a definitive answer, only a set of guidelines and questions to help you get closer to understanding whether your hobby qualifies as a business or vice versa.

Consulting with a qualified, experienced, and reputable tax professional is the best way to find out how your side activities land, but here are some points to consider.

Did You Make Money? Is it That Simple?

Making money is more than selling something you made or collected.

Making money, as far as the IRS or banking loan officer is concerned, is about bringing more money in that you spent, whether in a matter of days or a matter of a few years.

Profit is the amount of money made after all expenses are incurred.

Using something as basic as knitting as an example, let’s look at hypothetical Aunt Jean.

Aunt Jean has been knitting for years, and has lots of scarfs and gloves that she’s accumulated over the years.

Each set has cost her the price of yarn in real dollars, and the cost of her time, in Jean’s mind, was offset by the relaxation she derived from doing her favorite activity.

One day, Aunt Jane decides to spend $25 to set up at the local flea market and sell her creations.

At the end of the day, she is flabbergasted by the fact that her knitted goods have sold for over $500, which she wasn’t expecting.

Her best friend said she should start doing this more often, and that maybe she could take tax write-offs for some of her expenses, including her previous investments.

Now let’s talk about your neighbor, Joe, down the street.

He always has an old bicycle, weed whacker, lawn mower, snow blower, or other gadget for sale at the end of his driveway, usually something he’s picked up at a yard sale or out of someone’s throwaways.

He loves to tinker and keep himself occupied, but he also gets a thrill out of making a few bucks for the extra things, with the only costs on his part as his investment in his tools, buying a few new parts, and his time and know-how put to use, along with his confidence that he’s fixing up gadgets people want to buy.

On another part of the spectrum, we have Louise, who has been renting commercial kitchen space to produce cupcakes in accordance with local laws which she then sells to local food trucks week after week.

It’s hard work and she constantly has to be innovative in developing new flavors and pretty designs, but she loves the work.

Sometimes the business is profitable and sometimes she loses money because she has made too much inventory, had a big order cancel, or had ingredients spike in price after she gave a quote to a buyer.

Most of the time, she looks at her books and sees she is barely breaking even, but she enjoys it too much to stop.

According to the IRS, which if those examples are businesses, and which are hobbies?

This is important because if a hobby looks like a business, the IRS will expect you to file as such.

If a business looks like a hobby, the IRS might see that as a tool being used to increase tax write-offs without legitimate reasons.

Here are the questions the IRS wants you think about:

Does the time and effort put into the activity indicate an intention to make a profit?

We know Louise has an intention to make a profit from her activities, but intention isn't restricted to the time put into making the objects or doing a service.

The intention could start the moment Aunt Jean decided to take her goods to the flea market, or the second Joe is at a yard sale and sees something he could fix up and sell at his curb for a few bucks.

Do you depend on income from the activity?

Louise is trying to, but not making it, at least not yet. Joe doesn't depend on it, but it has become a regular part of his income.

Aunt Jean has never counted on it, but suddenly, she has a windfall from it and may take her hobby to a new level which could take it out of the hobby category.

If there are losses, are they due to circumstances beyond your control or did they occur in the start-up phase of the business?

Consider Louise's business. She is trying to make a profit, but she hasn't gotten to the point where her income is steadily in excess of her expenses.

Have you changed methods of operation to improve profitability?

This is also about intention, and Louise and Joe have been working on this, and Aunt Jean might take that direction in the future.

Do you have the knowledge needed to carry on the activity as a successful business?

All of our examples do to some degree, and this is very subjective.

Have you made a profit in similar activities in the past?

Think about Joe's story. Does the activity make a profit in some years?

Do you expect to make a profit in the future from the appreciation of assets used in the activity?

Think about Aunt Jean here -- she wasn't planning on it, but that is what happened.

The IRS may wonder why she kept making items she wasn't going to use or give away if she didn't plan to sell them.

While a strict definition may not be obvious, it should be clear that every business or hobby is different, and no assumptions should be made before filing taxes.

If you have a hard time answering any of these questions clearly, consult with a lawyer and/or tax specialist to guide you through the process.