How to Manage Finances as a Single Mom 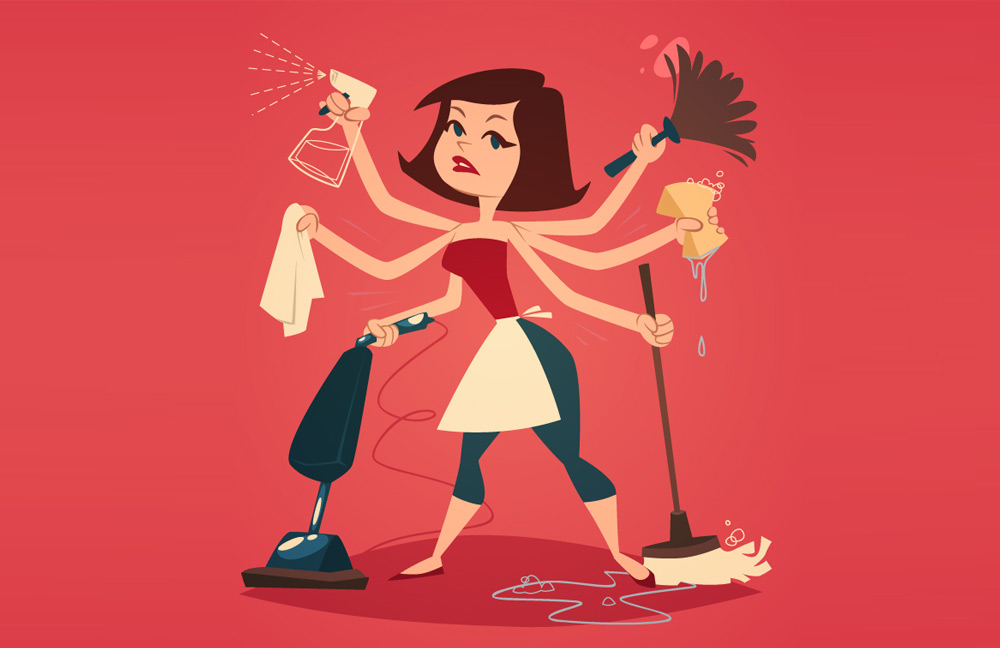 I graduated from college with a Bachelors of Science degree in Computer Information Systems.

Three months later, I had my first son and started my family -- which sort of changed my priorities.

I didn’t want to put the baby in a daycare 9 hours a day so that I could work full time, but at the same time we couldn’t survive on my husband’s income and I needed to earn money.

I had student loans, a credit card payment, a car loan and insurance on top of our living expenses.

I figured out how to make money working from home as a writer, and my business was born about a week after the birth of my son!

I was able to supplement my husband’s income as needed and still stay home to raise my child.

We had our second son three years later, and I continued to work from home.

My income was variable, and some months were better than others, but with my husband’s consistent weekly paycheck along with my variable income, we did okay and our family’s needs were being met.

I moved the three of us into an apartment (having to borrow money from a relative to pay the first and last months’ rent deposit to move in) and realized I needed to figure out a new plan because my variable income was not sufficient to entirely support our family without my ex-husbands income.

In the first two years of being a single mom, I didn’t receive child support as my ex was unemployed and receiving unemployment, and our verbal agreement was that he would watch the kids every day so I could work uninterrupted and hopefully earn more.

This didn’t quite work out, but there were days he spent with the kids which did allow me a little more time to work than I would have had otherwise.

I watched the job listings in our area.

My ex was pressuring me to “get a real job,” and in the back of my mind, I also felt I should be using my degree and trying to establish a career for myself.

What I discovered was the starting salaries of jobs I would be qualified for were often higher than what I was earning at the time, but when I factored in the expenses GOING to work would create for me compared to staying home, every single time I discovered it was not worth it to look for a job outside the home.

For a typical full-time job in my area, I would need to leave the house between 7:30 and 8:30 in the morning, which meant I would need some sort of before-school care.

I would likely not get home from a full-time job until at least 5 pm, if not a little later.

That meant I needed a babysitter.

People who don’t have children in school don’t realize this, but kids are home more than they are in school.

So, even if I managed to swing the daycare expenses for 5 hours a day on whatever my salary was for a new job, I would need to have full-time daycare on all of the holidays, including:

When I added up the costs of a year of daycare for two children, and new commuting expenses that I didn’t already have, it was always equal to or more than what the potential salary would be.

Why would I take a job that is going to cost me more than I earned?

How would that help our situation?

I honestly do not know how single parent families work and make money, or how they are able to even keep a job with all of the days they need to call in if the babysitter doesn’t show up or a child is home from school sick.

Working from Home Was My Only Option

When I realized it was financially impossible for me to go to work outside the home, I knew I just had to concentrate on making my own business more profitable so that I could remain the sole caretaker of the children while also becoming the sole income provider.

It wasn’t always easy, of course, but through trial and error and pure necessity -- I was able to turn a part-time writing business into a profitable business that supports our family.

Two years ago, I bought a house.

We still have our struggles, like most families, but we are keeping our heads above water and I continue to work from home.

I recently attempted to add a part-time job outside of the home (more for the experience and as a way to get out of the house!) but I still discovered that financially it was a waste of time and actually ended up costing me money!

I needed 45 minutes of before school care to get to work on time. I worked a three-hour shift, and then came home.

It paid slightly higher than minimum wage, but supposedly had potential for other earnings over time (although that is questionable).

In less than three months, I had to call in five days because I had a sick child or a snow day that canceled school, or a child had a doctor’s appointment that was only available during my scheduled work hours.

I paid $50 a week for a babysitter when there was school and about $35 a week in gas that I didn’t need when working from home.

On non-school days, I needed a babysitter to stay for 5 hours, which cost $50 for the day.

After taxes were taken out of my small part-time paycheck, I was just barely breaking even on school days, and completely negative when there was no school (meaning I was paying to go to work!)

The first babysitter I hired put in her notice and I was faced with having to find a new babysitter, or quit.

With summer coming, I would need a babysitter 5 hours a day, 5 days a week just to work a 3-hour shift (with the commuting time) and that would cost me $250 a week to earn about $85 a week.

The part-time job would cost me $165 a week all summer!

The part-time job showed me what I pretty much knew all along -- my only real option to earn money while being a single mom is to work from home.

About the author Debbie Dragon
Debbie is a writer who specializes in parental finances, credit cards, and mortgages.
Add a comment