Equifax Data Breach Settlement: How to Claim Up to $20,000 for Damage to Your Credit

Learn how to file a claim for damages to your credit from the Equifax data breach settlement - credit monitoring services and repairs after identity theft. 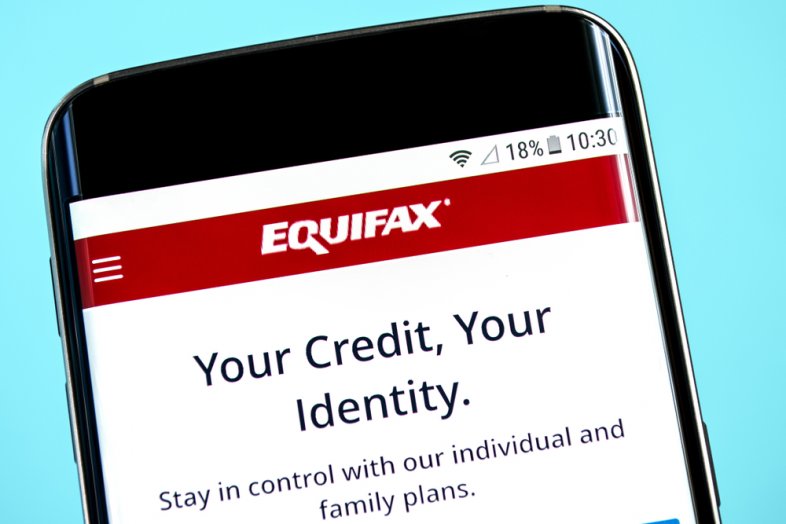 It’s practically been forgotten, but Equifax – one of the three major credit bureaus that assemble and maintain credit information on nearly every adult in America – was subject to a massive data breach back in September 2017.

Nearly 147 million consumers have had their data stolen as a result of the breach. With numbers that high, there’s at least a 50% chance you were affected.

Equifax has agreed to pay a minimum of $575 million, and as much as $700 million as part of the settlement.

The information on this settlement is still coming in. Here are the most important details so far -- with future updates as more information becomes available.

What Led to the $575 Million Equifax Settlement?

The data breach was disclosed by Equifax nearly two years ago, and it seems the damage has been relatively minimal since, at least when you consider the enormous number of people affected.

The breach actually took place over as long as three months and compromised information included:

It was also estimated that credit card numbers of more than 200,000 consumers were exposed, as well as dispute documents with personal identifying information for almost as many people.

By August of that year, Equifax hired an outside service to perform an internal investigation of the breach. The exact cause of the breach is not known, but several potential breakdowns in security have been identified.

Since that time, there have been hundreds of individual lawsuits against Equifax. In early 2018, the company announced that it would allow consumers the option of controlling access to their personal credit data, free of charge and for life.

The company had been under investigation for the breach by the Consumer Financial Protection Bureau (CFPB).

Check if You’ve Been Affected

To find out if your personal information was affected by the security breach, you can go to the Equifax Data Breach Settlement “Check Your Eligibility” page.

The only pieces of information you need to provide is:

What Money Can You Get if You’ve Been Affected?

According to the FTC’s Equifax Data Breach Settlement page, a specific breakdown of the settlement benefits includes the following:

These are available for up to 10 years, or you can get $125 if you decide not to enroll.

Credit monitoring is broken down as four years for all three bureaus – Equifax, Experian, and TransUnion – an $1 million of identity theft insurance, followed by six additional years of free monitoring of your Equifax credit report.

If you were a minor in May 2017, you’re eligible for a total of 18 years of free credit monitoring.

This includes costs incurred for the following:

You can also be compensated for time spent dealing with the breach.

If the claim is for 10 hours or less, you have to describe the actions you took as well as the time spent doing it.

For more than 10 hours, you must describe the actions you took and provide documents that show identity theft, fraud, or other misuse of your information.

You can also be compensated for the cost of credit monitoring and related services provided by Equifax between September 7, 2016, and September 7, 2017. The compensation is capped at 25% of the total amount you paid.

Even if you don’t file a claim, you can get free help recovering from identity theft for at least seven years. You can do this by calling 1-833-759-2982.

Beginning in 2020, you can get six free credit reports per year for seven years from the Equifax website.

How to Prove You're Eligible for Compensation

The claims process has already begun, but here are key dates:

However, claims will not be paid until the settlement administrator is allowed to do so by the court. In the meantime, you should sign up for email updates on the settlement to stay on top of the most recent developments.

To be eligible to receive up to $20,000 in the settlement, you must complete the Equifax Data Breach Claim Form.

The form is six pages long and will request general information from you, as well as provide details of available compensation. It also includes a section where you can explain the time you spent dealing with the breach and the steps you took.

According to the form, cash payment is available “if you lost or spent money trying to prevent or recover from fraud or identity theft caused by the Equifax data breach and have not been reimbursed for that money…”

You will be required to submit documentation to support your claim.

Exactly what type of documentation will depend on the loss sustained. The form provides a list of potential documents.

Costs for freezing or unfreezing your credit report on or after 9/7/2017:

Costs, expenses, and losses due to identity theft, fraud, or misuse of your personal information on or after 5/13/2017:

Professional fees paid to address identity theft on or after 5/13/2017:

Receipts, bills, and invoices from accountants, lawyers, or others.

Opting out of the settlement

One important piece of information you need to be aware of is that you have until November 19, 2019, to opt out of the settlement. This will allow you to sue Equifax separately if you choose to do so.

What Can You Do to Further Protect Yourself?

The very first step is to check if you are one of the consumers whose information was included in the breach.

Should you suffer financial losses from the breach after the settlement, you can pursue a separate lawsuit against Equifax.

And you will still be eligible to access identity restoration services for a period of at least seven years once the settlement is final.

In the meantime, pay close attention to your credit.

You should be taking advantage of a credit monitoring service, whether it’s provided by Equifax or by another provider.

Under the settlement, you’re eligible to receive up to 10 years of free credit monitoring, including four years of monitoring from all three credit bureaus.

You should be prepared to take action as soon as any evidence of theft or fraud has occurred.

It's critical you act immediately since financial institutions typically have a very narrow window – often only days – within which you must report any suspicious activity or unauthorized charges.

If necessary, you should be prepared to use a credit freeze when you’re not actively applying for credit. That’ll prevent others from doing so with the information they obtain from the breach.

Unfortunately, the effects of the Equifax data breach can go on for many years.

Even if your identity has not been compromised, it could happen sometime in the future. The stolen information ends up on the Dark Web where it’s readily available to identity thieves and other fraudsters.

There’s nothing that can be done about that, but you can and should take any of the above steps to prevent the worst from happening.

<p>What’s the quickest route to recovering my credit score, since I’ve been directly impacted by this breach and my personal information had been compromised?<br>I am a victim of identity theft?<br>Will it take years to take off the fraudulent charges?<br>What’s a realistic time frame?<br>Thank you</p>