How to Reduce Your Credit Card Swipe Fees

With some knowledge of interchange fees and a willingness to negotiate, you can negotiate with merchants to pocket some of the swipe fee. 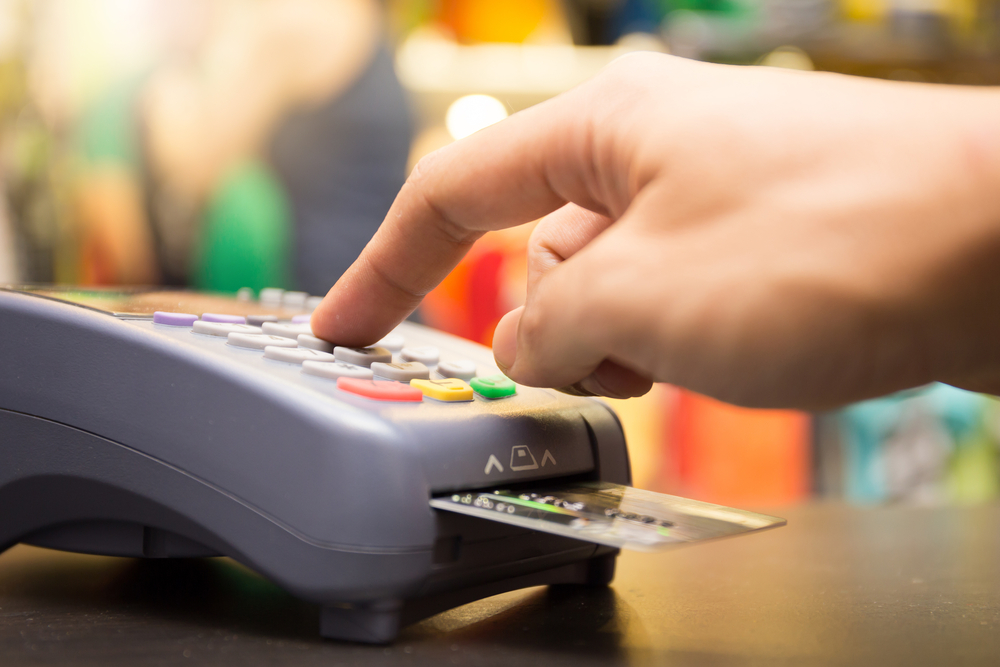 Credit card companies were founded with the same goal as any other business, to produce a profit.

Most people assume card companies make their money on interest.

Card issuers are also making significant profits every time you swipe a card.

Card issuers, of course, also profit off of interest - but little known to the merchant (and consumer) - swipe fees add quite a bit to that profit, as well.

This revenue comes from something known as interchange or swipe fees.

We dive in deeper to what exactly interchange fees are and why they are charged.

What Are Swipe Fees?

Businesses want to be able to accept credit as a form of payment for multiple reasons.

They’re an easy way for:

When you swipe your card a number of things happen.

The payment terminal must confirm that your card is valid, that you have enough credit available, allow the card issuer’s system to check for fraudulent use, and send data about the transaction to the card company.

If all of the information checks out, the card company needs to send a confirmation to terminal, and send payment to the merchant.

We don’t think about this on a regular basis because it takes only seconds, but it is a difficult, and importantly expensive, process.

The expense of the process, and the fact that merchants want to accept credit cards, mean that card issuers are able to charge a fee for the privilege of accepting their form of credit card.

The type of card matters

Each of the major issuers - Visa, MasterCard, American Express, and Discover - charge different fees for different types of transactions.

Fact: If you’ve ever wondered why American Express is accepted in different stores than Visa or MasterCard, interchange fees are the reason.

The fees are also why some stores accept only one type of card, after they’ve negotiated reduced fees for doing so.

Interchange fees are a major part of the card company's bottom line.

While Visa and MasterCard don’t actually bring in any revenue for interchange fees, the banks that issue their cards do.

In fact, they brought in so much that the interchange fees on Visa and MasterCard cards total more than $30 billion annually.

The way the fees are structured is quite complex.

It can be distilled down to the fact that every time you swipe your card, the merchant must pay a percentage of the purchase price, as high as four percent but usually closer to two percent, along with a small flat fee.

Interchange fees have been the subject of a lot of debate and legal action because of the great impact they have on profit.

Even businesses that don’t accept cards because they don’t want to pay the fees, still lose money from the lost business of people who can only use credit cards.

Card issuers argue that the cost of processing a credit card transaction more than justifies the fee they charge.

Visa’s website argues that without the fee, card issuers would “stop investing in innovation, stop issuing card altogether, or increase the fees you pay.”

They claim that the rewards, fraud protection, travel insurance, and other benefits that card holders receive are all funded by the fee and would disappear if the fees were reduced or removed.

Card issuers have been so successful in defending the importance of interchange fees that many states have made it illegal for businesses to impose a surcharge, if you use your credit card.

That’s why businesses that do offer cash discounts post the credit card price and then advertise the cash discount.

The legal battle over these fees can be seen in the antitrust class action lawsuit filed by a group of trade associations against Visa, MasterCard, and other card issuers.

With only four major companies in the credit card market, a major move by any of them could have a huge effect on retailers who are powerless to respond.

The Dodd-Frank Act that was passed in the wake of the 2008 financial crisis also address interchange fees.

An amendment to the bill, named the Durbin Amendment, lowered the fees paid by merchants for accepting debit cards.

This resulted in a reduction in fees paid by merchants, from an average of 44 cents to 24 cents, but paid higher fees on low value purchases.

The amendment was expected to result in lower costs for consumers, but a study produced by George Mason University found that prices were unchanged.

The downside of this action is that banks looked elsewhere to recoup the lost income, and generally did so by reducing rewards and interest rates, and increasing fees.

After the rules came into effect, bank fees increased by about four percent.

Fans of credit card rewards enjoyed the increased offerings from banks looking to increase credit card usage because the Durbin Amendment did not apply to credit purchases.

How To Cut The Interchange Fee

Needless to say, merchants like accepting credit cards because they can make sales they otherwise wouldn’t have,

However, they don’t like the fees because they cut into their margins.

With some knowledge of interchange fees and a willingness to negotiate, you can pocket some of the interchange fee for yourself and save the business some money along the way.

In fact, you may already be familiar with this method of saving money thanks to a local gas station offering a cash discount.

Ask for a cash discount

This method of saving money has worked well in my experience.

When I was hunting for an apartment with a realtor, he informed me that the realtor fee and first month’s rent needed to be paid upfront in “cleared funds.”

Checks might bounce and bank transfers take too long and he didn’t want to leave the apartment off the market if he wasn’t sure that the money was legitimate and that I’d be renting the place out.

He offered the options of paying by cash, certified check, or credit card, because then he would know for sure that he had the money.

Knowing that he’d have to pay an interchange fee I asked him what kind of fee he would be charged if I paid by card.

When he told me that he would be charged a three percent fee if I used a card I asked for a two percent cash discount, which he readily accepted.

In the end I saved roughly fifty dollars by making the deal.

It might not seem like a significant sum when compared to the cost of renting an apartment, but if the process is repeated a few times then the savings will add up substantially.

If you’re fresh out of college or have just gotten your first card you can save money in the same way.

Could work on any kind of cash down payment

When you go to use the card for a major purchase, perhaps a down payment on a car or furnishing your apartment or house, the merchant will probably expect you to use a credit card.

If you’re buying from someone who is open to haggling or has the ability to offer a discount, ask if they can give you a cash discount that’s a bit smaller than the interchange fee.

It can’t hurt to ask and if you frame it as a win/win situation, they’ll have no reason to say no.

The most important part of making this kind of deal is making sure that you are actually coming out ahead.

The prevalence of rewards credit cards and sign up bonuses mean that big ticket purchases made on a card can result in big rewards.

You’ll need to find a discount that is greater than the rewards you’d earn, including any progress towards a minimum spend bonus, but less than the merchant’s fee.

In some cases there won’t be a sweet spot to make a deal in, but it’s always worth looking for one.