How Much Car Insurance Premiums Increase After an Accident?

Find out how much car insurance premiums can go up after you're involved in an accident -- including what you can do to minimize the rate increase. 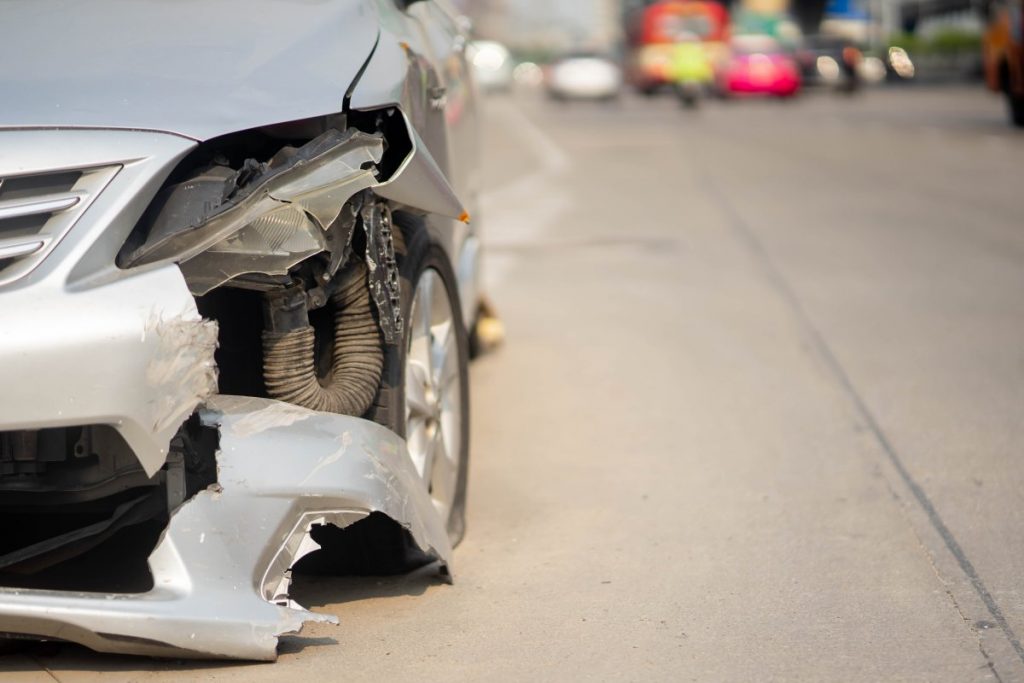 Car accidents cause harm to you and your vehicle, and they can also do significant damage to your car insurance premium.

There are ways to reduce the impact of an accident on your car insurance.

How Much Will My Insurance Go Up After an Accident?

Unfortunately, there’s no simple – or single – answer to this question.

While the average surcharge for an at-fault accident involving more than $2,000 in damage will result in a 31% increase in your premium, according to data from CarInsurance.com.

The actual increase you’re likely to experience will depend on your insurance company, your state of residence, the nature of the accident, and the dollar amount of the claim.

Fortunately, the premium increase will be a little lower if the dollar amount of the claim is less than $2,000.

But there’s no way to generalize the amount of the increase for higher claims.

You can expect to see the following increases in your premium based on the nature of the incident:

As you can see, the premium surcharge difference between a single at-fault accident with damage over $2,000 will turn a 31% premium increase into a 110% increase with a second at-fault accident. That can make your car insurance premium completely unaffordable.

But remember once again that these are just averages.

Exactly how much your premium will increase will depend on the insurance company and the state of residence.

For example, some states have a specific surcharge increase schedule for all insurance companies operating in their jurisdiction.

Others, like New York, place specific limits on how much an insurance company can raise your premium after an at-fault accident.

But in most cases, each company will have its own surcharge schedule, based on the nature of the accident and the dollar amount involved.

How Much Will My Insurance Go Up After an Accident Based on My State?

State of residence is a major factor in determining at-fault accident surcharges. The difference in surcharges from one state to another can even vary dramatically.

On the low-end, the average car insurance rate increase for a single at-fault accident is $126 – or 12% – in New York. At the opposite end of the spectrum, the average increase is $1,298 per year – or 73% – in California. (However, Minnesota has the highest percentage increase at 87%.)

But a large increase, either by percentage or by dollar amount can be deceiving.

California may have the highest dollar increase in the base premium after a single at-fault accident, but the overall premium, including the surcharge, is $3,081 per year.

The difference is that both states charge higher base premium rates than California does.

What if the Accident Isn't My Fault?

In most cases, only an at-fault accident will be held against you with your car insurance premium.

However, the exact outcome of that situation will depend on several factors, including – once again – your state of residence and the company providing your car insurance.

Typically, a single accident in which you are not the at-fault party will not affect your premium.

If you are involved in multiple accidents, your premium may increase, even if you are not at fault in any of the accidents.

It’s even possible your insurance company may choose not to renew your policy.

Prone to be involved in accidents

The company may determine that even though you are not at fault in any specific accident, you may be otherwise prone to be involved in driving situations that result in accidents.

For example, you may have a habit of double braking at stop signs, or hard braking on high-speed roads, drawing rear-end collisions.

As a result, they may determine that you represent a higher risk than they’re comfortable insuring.

How Long Does an Accident Stay on Your Record?

In most cases, an at-fault accident will fall off your record after three years.

However, that may be extended to as long as five years, depending on the insurance company and the laws in your state.

The type of accident is a major factor.

Infractions likely to stay on your record for five years include reckless driving, an accident that causes bodily injury or death, and accident involving DUI/DWI, or multiple at-fault accidents within the recent past.

For example, if you had an at-fault accident one year ago, then another today, the insurance company may extend the record retention out to five years from your most recent at-fault accident.

Steps to Reduce Rates After an Accident

Even if you’ve recently had an at-fault accident resulting in a steep increase in your car insurance premium, there may be ways to reduce the cost, both now and in the future.

Some auto insurance companies will lower your premium if you attend a driver safety course approved by the company.

That doesn’t mean they’ll drop the accident surcharge, but rather that they may reduce the amount.

How much will depend on the insurance company and your overall driving history.

Many auto insurance companies offer an accident forgiveness option. You’ll pay more for this feature, but it can save you thousands of dollars if you are involved in an at-fault accident.

The best course of action:

Have accident forgiveness in place before you’re involved in an at-fault accident.

But it can even make abundant sense to add the provision once an at-fault accident has been dropped from your driving record. But be aware that accident forgiveness applies to only one accident.

You won’t get the benefit of the option if you have a second at-fault accident within the three-year or five-year timeframe. The company will hold the second accident against you.

3.  Don’t file a claim if the damage doesn’t exceed your deductible or is only a little above

Let’s say your policy has a $500 deductible, and you’re involved in an at-fault accident that will cost $700 to settle.

If you file a claim, the net benefit will be $200 from the insurance company – you’ll still be on the hook for the $500 deductible.

Since the surcharge for the accident will be hundreds or even thousands of dollars, it will make more sense to pay the cost of the accident out of your own resources than to file a claim with the insurance company.

However, this strategy isn’t always effective.

Even if you don’t file a claim with your insurance company, if a police report is filed – which will go to your state department of motor vehicles – your insurance company may impose a surcharge when they check your DMV records. That will most likely happen when your policy comes up for renewal.

4.  Shop for another insurance company

You may think you’ll be doomed to stay with the same insurance company after an at-fault accident, but that’s not usually true.

Since there can be a substantial variation in premiums and surcharges from one car insurance company to another, you owe it to yourself to shop periodically.

You may consider getting a new policy shortly after the accident if there’s a large difference in premiums compared with your current carrier.

But even more important, you may want to shop for a new carrier on each anniversary of your policy renewal.

It may be that one insurance company takes a more favorable view of an accident that’s at least one year old than your current company does.

There’s an even greater possibility that will be the case after two years or three years.

5.  Move to another state if it’s practical to do

We’ve already covered the large difference in car insurance premiums between the states.

But if you live near the border of your state, a move into the next state could drop your car insurance premium by thousands of dollars.

For example, as noted earlier, the average premium in Michigan after a single at-fault accident is $3,502 per year. But if you move across the border into Indiana, the premium for a policy with a single at-fault accident is just $1,259. You’ll save more than $2,200 per year by moving across the border. Over three years, you’ll save more than $6,600.

There’s a lot more to moving into a different state than car insurance premiums.

But if you’ve been considering making a move anyway, a steep increase in your car insurance premium could provide extra motivation.

As you can see, a single at-fault accident can raise your car insurance premium by hundreds of dollars.

The first best strategy to prevent that from happening is to drive carefully and do your best to avoid causing an accident.

Failing that, consider one or more of the five steps to reduce your rates after an accident presented above.

They’ll be well worth the effort.