How to Get Car Insurance for a Salvage Title Vehicle

Find out what to expect when it comes to shopping for car insurance for a salvage title vehicle, which may come with different considerations on coverage. 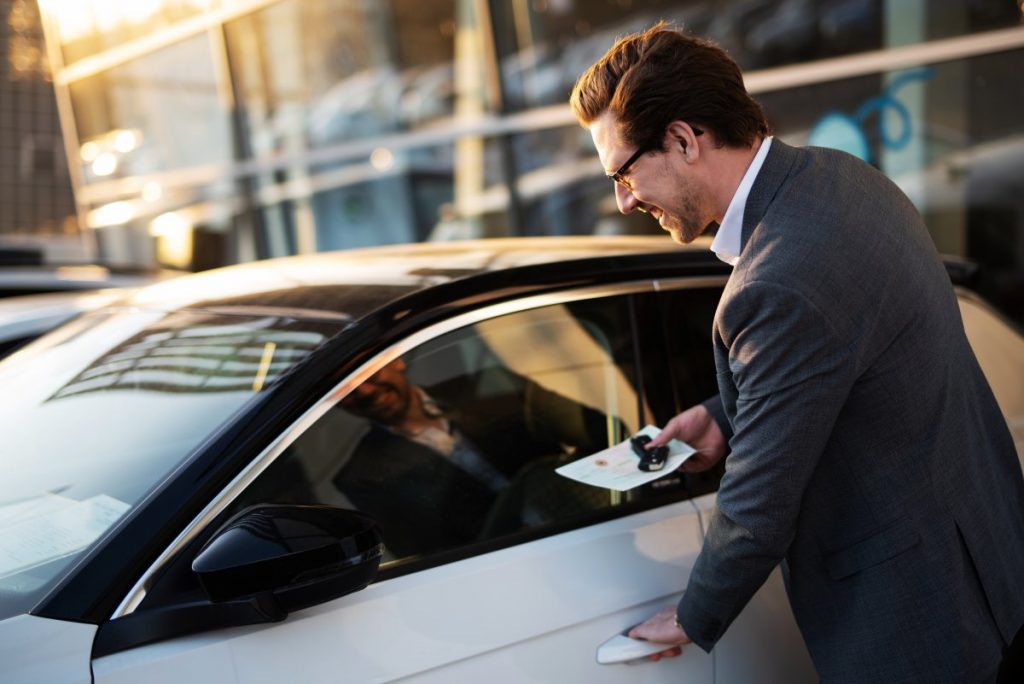 But it is a situation you could be faced with.

It could happen if your vehicle is involved in an accident that caused major damage, in which the insurance company declared it to be a total loss.

If you decide that you want to keep the vehicle and have it repaired, you should know that there are technical problems with salvage title vehicles.

It is impossible to get car insurance on them -- at least not until they are completely rebuilt.

But even once they are, obtaining car insurance on the rebuilt version is unlikely to be a satisfying experience.

What is a Salvage Title Vehicle?

A salvage title vehicle is one that has been “totaled” by an insurance company.

The damage to the vehicle was so significant that the cost of repairing the vehicle will approach or even exceed its value.

The insurance company pays a flat amount to the owner of the vehicle, which is based on the value of the vehicle at the time the damage was incurred.

In many cases, the repair cost to a damaged vehicle doesn’t have to exceed the vehicle’s value.

Many insurance companies will declare a vehicle to be a total loss if repairs are expected to come close to its full value (the percentage will vary by insurance laws in your state of residence).

The insurance company will often take possession of a totaled vehicle and sell it at an auction.

The most likely buyer at an auction will be either a salvage yard, which will use the vehicle for parts, or a party who intends to rebuild the vehicle and obtain a rebuilt title.

This is as opposed to a “clean title”, which is the type of title a vehicle has when it has never experienced a total loss. But when it has, a rebuilt title can be obtained.

Once it is, it can be registered with the state department of motor vehicles, driven and even bought and sold.

Absent a salvage title, a totaled vehicle can only be used for spare parts, but it cannot be driven, sold or bought.

As you might imagine, just getting a totaled vehicle to the point of being eligible for a rebuilt title is a major task.

The vehicle must be rebuilt consistent with minimum DMV safety and drivability requirements, and also pass a state-administered inspection.

Once it does, it will have a rebuilt title, at which point it can be registered, driven, and even bought and sold.

Can You Get Car Insurance for a Car with a Salvage Title?

The short answer is no.

A salvage title only enables the new owner to either use the vehicle for parts or to sell the car at auction.

Insurance is not available, nor is it necessary, because the vehicle isn’t legally eligible to be driven – even if it were mechanically possible.

The only way to get car insurance for a salvage vehicle is to completely rebuild the vehicle.

But once again, the rebuilt vehicle will have to be deemed roadworthy, and be subject to both inspection and registration by the DMV.

Unless you are a professional vehicle rebuilder, it’s unlikely you’ll be able to rebuild the vehicle to meet state requirements at a reasonable cost that will make the venture worth the effort.

Meanwhile, the vehicle will not be able to be driven until the rebuilding work has been completed, the inspection has been passed, and registration has been issued by the state.

Even once you’ve gone through all the steps to rebuild the vehicle, including passing inspection and obtaining a registration from the state, getting car insurance can be something of an uphill battle.

But among the ones that will, you’ll be able to get liability insurance.

That’s primarily because liability insurance is connected with the driver, not the vehicle.

Even still, the cost of that liability insurance will be higher than would be the case with a vehicle with a clean title.

This is due to the fact that a rebuilt vehicle is considered higher risk than a vehicle with a clean title.

The major problem will come with policy provisions designed to repair the vehicle after an at-fault accident. These are primarily collision and comprehensive coverage.

Since the vehicle was previously totaled, and an insurance claim was paid out, it’s unlikely you’ll be able to find an insurance company that will provide either provision.

And if you do, you can fully expect to pay a much higher rate for collision and comprehensive than you would on a vehicle with a clean title.

Difficult to determine extent of damage and repairs

Why is it so difficult to get collision and comprehensive on a vehicle that’s been fully rebuilt, passed inspection, and obtained state registration?

Assessing accident-related damage to a vehicle with a rebuilt title is a complicated process.

Since the vehicle previously sustained major damage, it may not be possible for the insurance company to determine the extent of the damage from a new accident versus what was sustained in the original accident.

While the vehicle has been rebuilt, it’s still possible there will be lingering deficiencies from the original accident.

Even if you were to obtain collision and comprehensive coverage, it’s likely the insurance company will pay much less for a claim than they would for a vehicle with a clean title.

Vehicles with a rebuilt title have relatively low market values, which means the insurance payout will be commensurately lower.

How to Get Car Insurance for a Salvage Title Vehicle

Technically speaking, you won’t be able to get car insurance for a salvage title vehicle, but rather a rebuilt title vehicle.

And as you might expect, there’s much involved with raising a vehicle status from salvage to rebuilt.

Before a salvage vehicle is eligible for rebuilt title status and car insurance, you’ll need to be able to provide the following documentation:

In addition to the above, the insurance company may also request before and after photos.

Photos of the vehicle before it was restored, and after all work has been completed.

It also would not be unreasonable to expect the insurance company to send an insurance adjuster to evaluate the vehicle in detail to determine if it’s insurance-worthy.

Should You Get Car Insurance for a Rebuilt Title Vehicle?

Even after you’ve gone through all the steps above, you may still find it difficult to get adequate car insurance – or any coverage at all.

Most likely, you’ll get no more than the state-mandated minimum liability coverage amounts.

It’s also likely you’ll pay more for that minimum coverage than you would if the vehicle had a clean title.

The bigger issue, however, will have to do with collision and comprehensive coverage.

Since the vehicle will eternally be considered “damaged goods”, and more likely to be involved in the future accident, the cost of these additional provisions can be prohibitive.

And because the value of a rebuilt vehicle is low, it’s even possible the cost of collision and comprehensive will exceed that value.

If you drive the vehicle anyway, you’ll be driving at your own risk.

Not only will you not have collision and comprehensive on the rebuilt vehicle, but your liability coverage won’t extend to accidents that occur while you’re driving the vehicle.

You’ll also be considered uninsured under state law, which can carry significant fines and even license suspension.

From an insurance standpoint alone, it makes little sense to purchase a salvage vehicle unless you’re engaged in that business for profit.

But it may also make little sense to obtain car insurance for a vehicle with a rebuilt title.

The combination of the high premium cost, as well as the low coverage limits, can easily make it impractical.

But if you do, purchase a vehicle with a rebuilt title, be sure to shop between multiple car insurance providers.

There may be one or two available in your state that takes a more favorable view of vehicles with a rebuilt title.