New York Car Insurance: How to Shop for the Lowest Rates

Learn how to shop for the lowest car insurance rates for New York drivers -- with comparisons to the average premiums based on coverage level, city, and more. 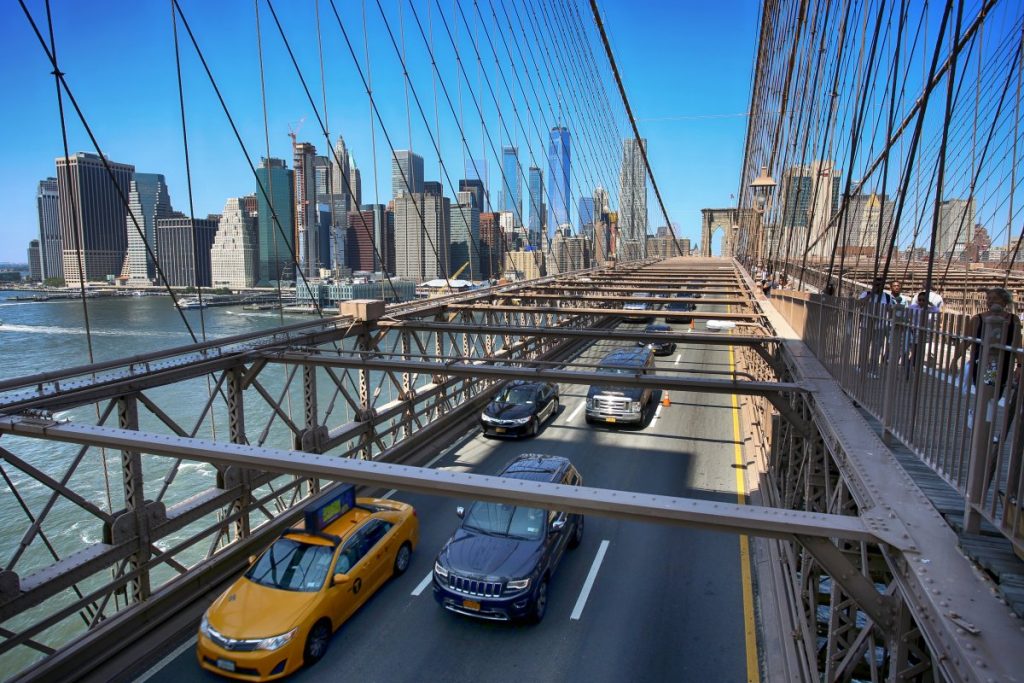 New York is one of the most expensive states in America for car insurance, placing #8 among the 50 states.

Drivers in the state need to do everything they can to save money on car insurance premiums, but without compromising needed coverage levels and policy provisions.

With a statewide average annual premium of over $2,000 for full coverage, drivers in New York need to take advantage of every strategy possible to minimize the cost.

That’s what we’re going to cover in this guide.

Below are average premiums in New York based on three popular liability coverage levels.

All premium information we’ll be providing comes from our sister site, Car Insurance.com:

The above numbers are just averages, which means they’re no better than guideposts.

Your own premium will depend on several factors unique to you, and your vehicle.

The coverage level is often indicated with three digits.

Factors that Will Affect Your New York Car Insurance Premium

There are seven primary factors that will affect the premium you’ll pay for car insurance.

But the situation reverses slightly after age 25, with women in New York paying slightly higher rates than men.

The premium differences are based on insurance industry experience within a given state.

If that experience shows one gender has a greater likelihood of at-fault accidents or moving violations, you’ll pay a higher premium even if you’re a safe driver.

Drivers under the age of 26 will pay substantially more for car insurance than drivers 26 or older.

That’s only a little bit more than a 30-year-old will pay, but it makes the point that car insurance premiums in New York, do rise after age 65, if only a little.

Of all the factors affecting your car insurance premium, this is probably the one you have the greatest amount of control over.

And, it’s important too, because your driving history can have a bigger impact on your premium than any other single factor.

Your driving history is determined by any moving violations or at-fault accidents you’ve had, generally in the past three years.

In most states, both will fall off your driving record after three years.

For example, in New York your premium can increase by 12% to 18% for a speeding citation, and as high as 47% for a DUI/DWI first offense. (But we must warn that the increase will be even greater for a second offense, and the insurance company may even refuse to renew your policy.)

A typical car insurance premium in New York will increase by 12% after a single at-fault accident claim.

That’s only an average – and much of the increase depends on the dollar amount of the claim paid by your insurance company for damages, as well as injuries or death to any drivers involved in the accident.

You may be wondering what your credit history has to do with your car insurance premium.

But car insurance companies have found a correlation between high-risk driving and poor credit history.

Unfortunately, you’ll pay a higher premium if you have poor credit.

The amount of liability coverage you carry will impact your car insurance premium.

Though you do have some control over how much liability coverage your policy has, there are some limits to be aware of.

For example, if you’re a high net worth individual, maintaining state-mandated minimum coverage won’t be enough.

The other party in an accident (that’s determined in your fault) may pursue legal action against your personal assets if your insurance is insufficient to cover the amount of the claim.

The age and type of vehicle you’re insuring will affect your premium.

Typically, the more valuable a vehicle, the more expensive it will be to insure.

Older vehicles will often be less expensive because you don’t need to have collision or comprehensive coverage if the vehicle is worth only a few thousand dollars.

Premiums can vary by a wide range from one company to another.

This can be true even if two companies are providing essentially the same coverage.

The list below includes six popular car insurance companies in New York, with the average annual premium for 100/300/100 coverage:

As you can see, the most expensive provider has an annual premium nearly twice that of the lowest-cost provider.

While it’s common knowledge that car insurance premiums vary from one state to another, what’s not so well understood is that they can also be different from one community to another within the same state.

As a general rule, car insurance premiums in large cities are more expensive than they are in rural areas.

This owes to the greater concentration of traffic, which results in more accidents.

Not surprisingly, New York City has the highest premiums as the largest city in the state.

What are Auto Insurance Laws in New York?

Below are the state-mandated minimum liability coverage levels in New York:

Apart from state-required coverages, there are optional provisions you can add to your policy:

While it’s true that drivers are legally required to have car insurance, a large number do not. Many more carry no more than minimum coverage limits.

This provision will protect you in either case, and is strongly recommended.

Property damage coverage only covers the vehicle and property of the other driver in an accident.

It does not cover your vehicle.

Collision coverage exists for that purpose.

It will pay for the damages to your vehicle, regardless of who the at-fault party is. And if your vehicle has a loan or lease on it, the lender will require you to have this coverage.

This provision is generally combined with collision.

And while collision covers damage to your vehicle while it’s in motion, comprehensive covers you for damage while it’s parked.

If your net worth exceeds the liability limits of a standard car insurance policy, this is an option you should look at closely.

You can increase your coverage all the way into several million dollars. And the extra coverage is surprisingly affordable.

There are many more car insurance options.

Exactly what they are and how many will depend on the car insurance company you’re working with.

Below are the most popular strategies to get the best rates on car insurance in New York:

One company can charge hundreds or even thousands more than a competitor.

You owe it to yourself to get quotes from at least three or four companies.

Virtually every Insurance company offers discounts, some even have dozens.

Get a list of all a company offers, and take advantage of any that apply in your situation.

Increasing your deductible from, say, $500 to $1,000, can save you hundreds of dollars per year in car insurance premiums.

But make sure you have the cash available in your savings to cover the higher deductible should it become necessary.

A poor credit history can result in a car insurance premium that’s hundreds of dollars higher than you would pay if you had good credit.

Do your best to keep your credit clean for at least two or three years.

Unfortunately, a single at-fault accident claim or moving violation can cause your premium to skyrocket.

Driving carefully can minimize the likelihood of either happening. If you do have one on your driving record, at least three years will need to pass before it will disappear.

If you’re either a new driver or you have moving violations or at-fault accident claims, look into completing an insurance company approved driver safety course.

Car insurance premiums in New York are well above the national average.

But by being aware of how car insurance in New York works, and applying the strategies above, you should be able to pay a lot less for car insurance than you may be paying now.