Learn how to set up email alerts to catch credit card fraud before such an act of identity theft hurts your finances and credit scores. 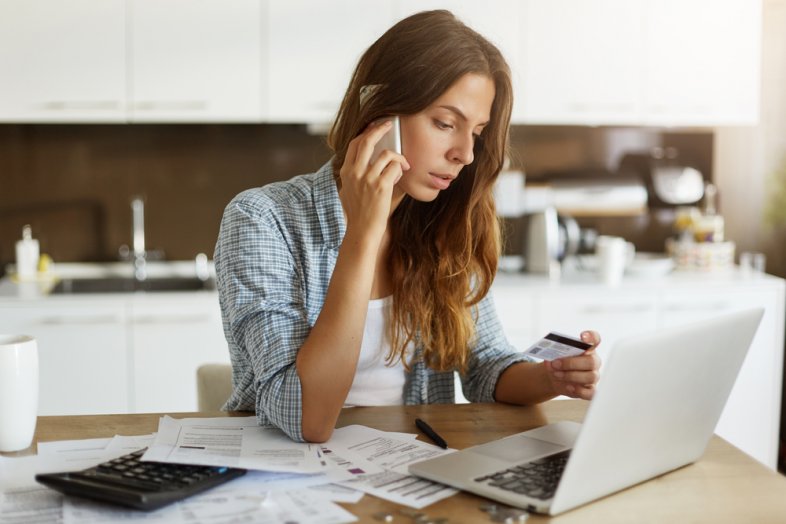 Identity theft is no joke.

Millions of Americans are affected by it every year and identity thieves cost victims billions of dollars in losses.

As a writer specializing in personal finance, identity theft and credit card fraud is on my mind quite often.

Knowing how serious of a threat it is, I'm always surprised by people who downplay their odds of being fraud victims.

For example, in one Experian survey, half of the people who responded said they didn't think they'd ever experience identity theft because their poor credit scores wouldn't make them good targets.

Because the truth is identity theft and credit card fraud can happen to anyone. In the last year, it's happened to me, not once but twice.

It could have been a disaster but fortunately, I had a secret weapon on my side: email alerts.

A huge misconception about credit card or bank account fraud is that it's always somebody using your credit or debit card number to make unauthorized purchases.

In reality, fraudsters can try lots of different tricks to steal your identity.

On both occasions when it happened to me, the theft took different forms.

The first time someone tried to hack one of my credit card accounts they were pretty subtle about it.

I had three credit cards with the same bank. The fraudsters were somehow able to add themselves to one of the accounts as an authorized user.

They were then able to go to an ATM in Texas (I live on the East Coast) and take a cash advance for $200. I'm assuming they used my account number to create a clone card to make the withdrawal.

Since my cash advance limit was much higher, the $200 might have seemed to the thief like a safe amount to withdraw to begin with.

If that one had gone unnoticed, I have no doubt they would have hit the ATM again to grab more cash.

Recently, I was targeted by identity thieves again when they tried to crack into my PayPal account.

This time the scam was more blatant.

Using the number from my PayPal debit card, which is linked to my PayPal balance, they were able to authorize a $1 charitable donation to (supposedly) the Red Cross.

Now, I have nothing against donating to charity. But I do have a problem with someone stealing my money to do it.

Maybe not so surprisingly, these kinds of fraud attempts are really common. The identity thief tests the waters by authorizing a small transaction to one of your accounts.

What they're banking on is that you won't notice nickel and dime charges. From there it's an easy leap for them to dip into your account again, only the next time it involves a much larger transaction.

There are many ways someone could try to steal your credit card or bank account information. It pays to be ready for all of them.

Fighting Fraud From My Inbox

I won't lie; researching and writing about credit card fraud and identity theft has made me more than just a little paranoid about being a victim.

But it's turned out to be kind of a good thing.

Otherwise, I wouldn't have been alerted to identity theft as it was happening either time.

Getting emails on transaction activity

A couple of years ago, I set up alerts on all of my financial accounts, credit cards and debit cards included.

Specifically, I created new transaction alerts so I'd know any time I was being charged for something.

When my credit card was hacked the first time, I got an email immediately after the identity thief made the cash withdrawal. The email told me all the details of the transaction, complete with a location and timestamp.

Within minutes of the withdrawal, I was on the phone to the credit card company reporting the fraud. They were able to cancel my card and overnight a new one, making the stolen card number worthless to the identity thief.

It took about 10 days for the case to be investigated and resolved but the credit card company ultimately determined that I wasn't responsible for the charges.

The $200, along with the cash advance fee and the interest that had accrued, was credited back to me so the fraud attempt cost me nothing more than my time in the end.

The second time around was very similar. The fake charitable donation was processed against my PayPal balance, using my PayPal debit card number, and the email showed up almost instantly.

After unsuccessfully trying to dispute the transaction online (for some reason, the PayPal Resolution Center didn't want to cooperate with my request) I called their customer service number.

The rep I spoke to was surprised (and I think a little impressed) at how quickly I'd caught the transaction. After hearing my explanation that I didn't authorize it and checking my account history, he cancelled my card and shipped out a new one.

He took the additional step of connecting me with someone in the fraud department who was able to do an in-depth review of my account to see if there were any other potential fraud red flags. (Thankfully, there weren't.)

How to Make Email Alerts Work for You

The current reality is:

There's no guaranteed way to protect yourself against identity theft.

There's just too much information floating around in cyberspace and identity thieves continue to come up with innovative ways to reach out and grab it.

But that doesn't mean you can't take steps to minimize your risk of being targeted. And setting up email alerts (or text alerts if you prefer) is an easy way to put up a strong line of defense.

With that in mind, here are my best tips for using email (or text) alerts to fight fraud:

Identity thieves don't discriminate when it comes to the types of accounts they go after. If you have a credit card, a bank account or a payment account, they're all fair game.

When setting up your email alerts, go for comprehensive coverage.

Set them up on all your accounts and don't assume that one account may be less susceptible to fraud than another.

It helps to be specific about the kind of account activity you want to track.

With my credit cards, for example, I have alerts set up to notify me of:

With my bank accounts, I have alerts set up for:

Does that mean I get a a large amount of email alerts on some days?

But I feel much more comfortable knowing that an identity thief can't fly under the radar with an unauthorized transaction.

Using alerts to track your account activity doesn't mean you can take your hands off the wheel completely. It's a good idea to check in with your accounts monthly and update your information.

For example, when my credit card was hacked I actually had a tip-off that there was an identity thief at work before the cash advance happened.

I had logged into my account to pay the bill on one of my cards. I hadn't gotten my paper statement so I checked the contact information for all three cards to make sure my mailing address was correct.

On the card that was eventually hacked, I noticed that the email address was wrong. It looked like my email but two of the characters were transposed.

Assuming I'd just plugged it in wrong, I updated it to the correct email and logged out. A few days later, the identity thief struck.

What I didn't know at the time was that they'd set up a fake email account so any alerts would be rerouted.

Even though I couldn't do anything about the fraud until after the fact, it could have been much worse if I hadn't updated my email address so those alerts would come through.

Alerts Put You in Control

Setting up email alerts can take a little time if you have several different credit card or bank accounts to manage.

But it can be well worth the effort if it spares you the headaches associated with identity theft and fraud.

(And trust me, it's not a fun thing to deal with.)

Most importantly though, you'll appreciate the sense of reassurance you have in knowing that you're keeping tabs on your hard-earned dollars.

<p>John, we've seen a fair share of customer reviews come in for many financial institutions. While bad experiences definitely do occur, they don't necessarily represent the majority. For the most part, most banks are safe and reliable.</p><p>As for the savings rate for MySavingsDirect, this can change -- and they do change often. If you're happy with it, stick with it. Even if a higher rate showed up somewhere else, it may not be worth the effort to move your money over. And, MySavingsDirect may match competitors in time.</p>

<p>If there are banks with higher savings rates than MySavingDirect, then which ones are stable to use. The ones I have found, the customers are having problems. I don't want to move my money into something unsafe just at the chance to get higher rates</p>