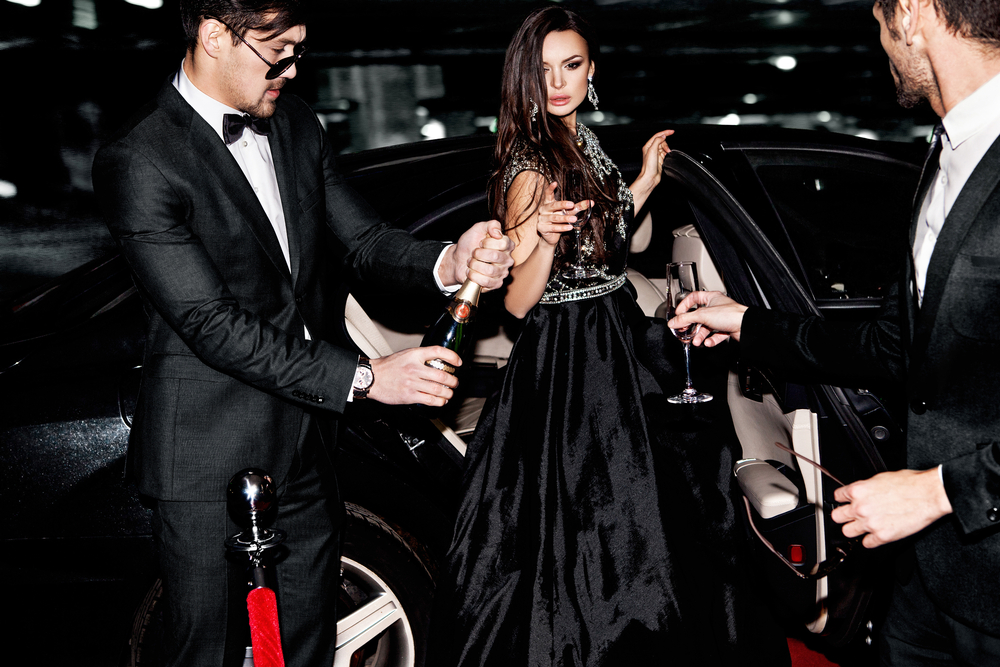 The wealth of a person is not always evident through the watch around his wrist, or even by the car that they drive.

However, you can tell a lot about the person simply by checking out the plastic in their wallets, as a credit card often represents a person's spending ability and credit history.

Financial institutions transformed what a card represents by issuing cards that have strict requirements and qualifications that are based almost entirely on a person's enormous assets, high income, relentless spending habits, and excellent credit history.

A person can pull out one of these elite cards and the retail clerk can assume whether or not this person is wealthy because these luxury cards have become more than just cards for high rollers. They have become a status symbol.

Here are six of the top luxury credit cards currently available in the United States:

1. Centurion Card from American Express (aka The Black AMEX)

Made with titanium, the Centurion is American Express's most exclusive card.

It is in the top echelon of luxury plastic in the U.S. as it represents the most popular status symbol since it is sported by celebrities and the wealthy.

The prestige accompanied by this card comes with the hefty costs of a $5,000 initiation fee and $2,500 annual fee, which is something that only those with plenty of money can afford to have.

Even though the black card seems to be one of the rarest cards in existence, it is estimated that there are approximately 30,000 to 100,000 Centurion members in the world. 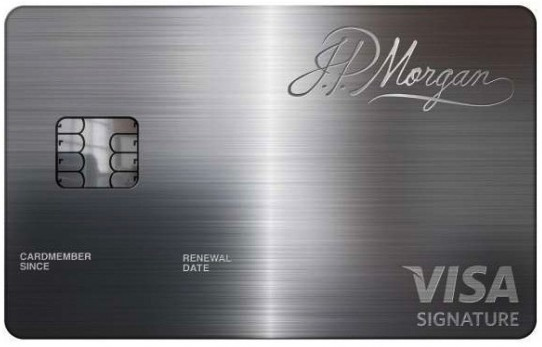 The J.P. Morgan Reserve Card is reserved only for the wealthiest of JPMorgan Chase clients who use the bank’s Private Client services.

The card itself is made of palladium metal and 23-karat gold logos while the design and all pertinent card information are laser-etched.

Unsurprisingly, the card material is already worth a nice chunk of change, so cardmembers also get a humdrum plastic version of the card.

Perks of the J.P. Morgan Reserve Card include the highest level of concierge service, complimentary access to more than 600 global airport lounges, access to private jets and various travel benefits.

3. The Platinum Card® from American Express

The Platinum Calzrd® from American Express comes second to the Centurion.

Despite lacking the elite status and glamor of the black card, the Platinum card is still a very exclusive card and it isn't easy to be issued one.

Again, potential members are screened based mostly on income and whether or not they are existing cardholders of an American Express Green or Gold card.

In spite of a lower annual fee of $550 (see Rates & Fees; terms apply), the card includes many of the same benefits as the Centurion card.

The Luxury Black Card was introduced as a rival to the "Black" AMEX.

The card is made out of PVD and coated black.

In order to place emphasis on the Visa Black card's exclusiveness and to join the ranks of elite cards, Visa states that the card will be issued to only 1% of the U.S. population and catered to those who spend more than $50,000 a year while only requiring an annual fee of $495.

Despite its claims to be issued to a very limited portion of the U.S. population, anyone can apply for one but many of their current cardholders received invitations in the mail.

Another card that is also affiliated with the American Express network, the Citi Chairman card offers many of the same benefits as the other luxury cards in the network.

This card is offered primarily to meet the needs of the clients of the Smith Barney division of Citigroup who expect exceptional standards and services.

The annual fee of $500 has been a reason that many people have not caught on with the Citi Chairman card as they did with the other luxury cards available but it has been known to be waived for specific clients of Smith Barney.

Participating in the American Express network, the Bank of America Accolades card is targeted towards the wealthy clients in their Premier Banking & Investments and Family Wealth Advisors division.

Again, this card offers the same services available with the American Express platform but at an annual fee of $295 and a spending limit of up to $595,000.

Although the Bank of America Accolades card doesn't require an invitation, they do have a strict reviewing process before issuing one to a potential customer.

Their primary requirement before inviting anyone for the card would the amount in assets with Bank of America, which should be in the six-figure range.