On Jan. 1 the minimum wage was raised in 13 states. States such as Connecticut, New Jersey, and Rhode Island all saw their minimum wage increase — some experienced more than others. But is the recent wage increase enough to help struggling Americans move towards financial security? 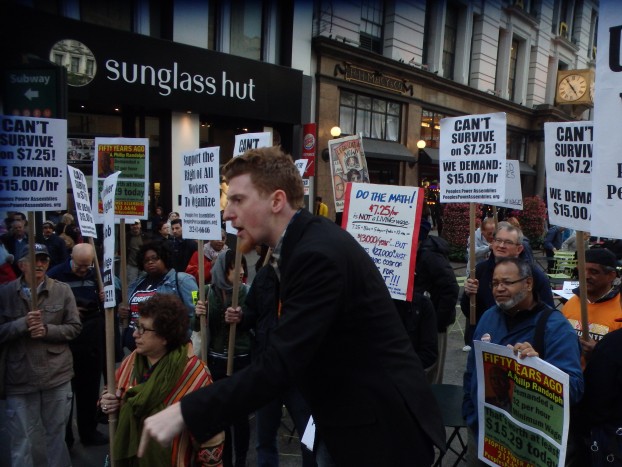 Can an increase in wage reduce debt?

A minimum wage increase is definitely a positive step towards helping people dig their way out of debt, yet the wage increase must be reasonable for someone to have an improved lifestyle.

In most states, wages barely increased 15 cents or less, which roughly equates to an extra $1.20 in earnings a day for someone that works an eight hour shift. It is not enough to help improve a person’s monthly earnings.

Someone who works a total of 40 hours in one week will earn six more dollars a week; in one month, all they will earn is an extra $24. Although that may help someone who is facing poverty, a wage increase of less than a quarter an hour does not significantly help.

A wage change in the state of New Jersey (where people voted to raise the minimum wage by one dollar) is going to have a much more positive impact on workers struggling to pay for the cost of living. An extra dollar can help someone who works eight hours a day earn an extra $40 a week, which turns out to $160 in one month.

Can people afford to live on minimum wage?

Living off minimum wage alone is nearly impossible without family, government, or some other form of assistance. Take a look at a map the National Low Income Housing Coalition released a couple of years ago. The data shows how many hours a person would need to work in their state while working a minimum wage job to afford a reasonably priced two-bedroom apartment.

It does not look good for people that work for such a low wage. In most cases people need to work the equivalent of almost two jobs to at least get by with being able to afford rent. The new change in wages in most states is probably not going to make a change to help Americans who earn low wages.

That is why people in states like Washington voted to increase the minimum pay to a reasonable wage in their local community. At the start of the new year, minimum wage increased to $15 for many workers in a tiny town centered around Seattle-Tacoma airport called SeaTac.

Related Articles
Is a Will Really Worth It? Or Why Rupert Murdoch Still Needs His Estate Lawyers
10 Tips for Moving to New York on a Budget
Can You Refinance Your Student Loans to Lower Interest Rates?
8 Financial Issues to Watch Out for In a Relationship
How Much Bank Fees Are Costing You Over a Lifetime
10 Retailers With Most Flexible Return Policies