Top 8 IRS Practices that Will Outrage You 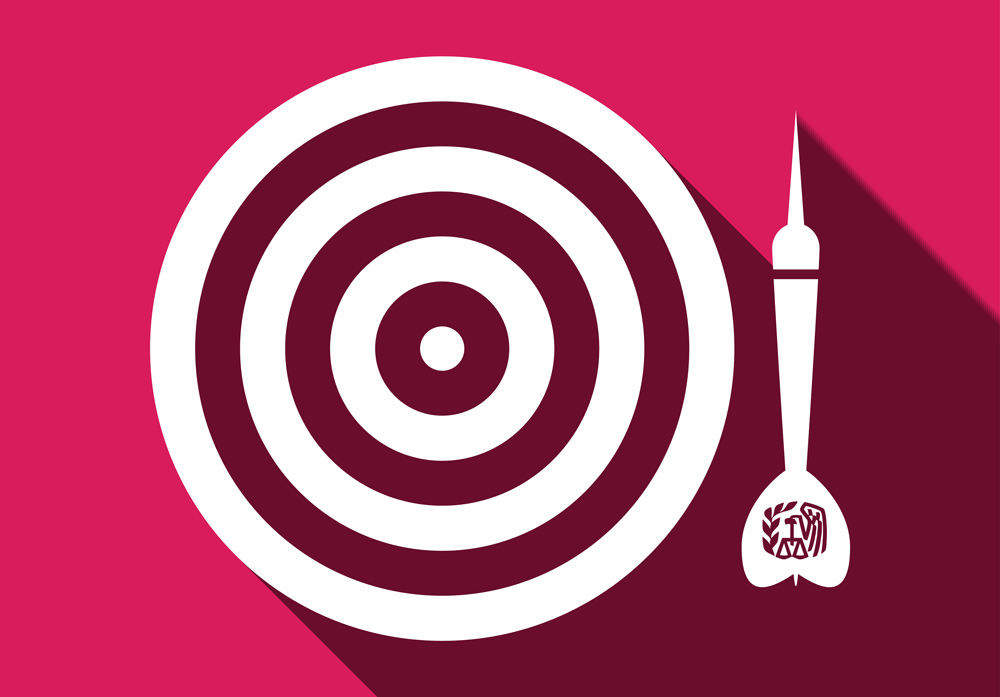 An IRS audit is a source of fear for many Americans, whether business owners or average hourly workers. There are those who might be audited because their math is a little off. Then there are those, of course, who are intentionally exploiting loopholes to avoid taxes. But what if someone told you that the IRS, itself, is guilty of some it own unorthodox actions.

With such a complicated tax system, it’s inevitable that even the agency that administers the Internal Revenue Code makes mistakes… But are they mistakes?

As a bureau of the Department of Treasury, our nation depends on the IRS to help fund the government and keep our roads, schools, and military running smoothly. Taxes we pay are a portion of the money we earned by working, so it’s important to know how this money is being spent.

The next time the taxman comes to collect on your debts, remind them of these top eight practices by one of the most infamous branches of the most powerful government in history.

In 2013, the FBI investigated the IRS due to revelations that the agency targeted select political groups, including the Tea Party, for intensive scrutiny. A House Oversight Committee then issued a report showing that although liberal groups such as the Occupy Movement were also scrutinized, conservative groups were targeted with greater scrutiny.

The FBI’s extensive probe included interviews with over 100 people and analysis of over 1 million pages of IRS documents, including nearly 500 tax-exemption applications. During the investigation, the House Judiciary Committee found “mismanagement, poor judgment, and institutional inertia,” but found “no evidence that would support a criminal prosecution.”

Although the Justice Department declined to file criminal charges in 2015, Lois Lerner, the director of the IRS Exempt Organizations Unit, resigned on September 23, 2013, after a 6-month administration leave.

7. Not Listening to Rap Music

Rappers Nas, Lil Wayne, Fat Joe, and Lauryn Hill have all been in trouble with the IRS.

Although these cases have since been cleared up, it’s unclear how such large earnings were overlooked for so long by the IRS. All of the rappers profiles above were caught in 2012-2013, just before the United States federal government shutdown in October 2013 due to fiduciary issues.

One could make the argument that the only reason the IRS noticed the back taxes was because the government ran low on funding. Had a need never arose, these big fish may never have been caught.

Under the program, the IRS gave the FBI full access to tax records, allowing targeted audits similar to those uncovered in the Tea Party Scandal of 2013, 42 years after COINTELPRO was officially terminated in April 1971.

Since black civil rights leaders like the Black Panther Party and Dr. Martin Luther King Jr. were routinely targeted by COINTELPRO operations, the program is widely seen as having racial undertones.

The IRS has long been allegedly misused for political targeting, dating as far back as Franklin D. Roosevelt, who is credited by his son Elliott as originating the concept of employing the IRS as a weapon in the book New Deal or Raw Deal?: How FDS’s Economic Legacy Has Damaged America by Burton W. Fulsom.

Although the IRS has allowed e-filing since 1986, the process of doing so wasn’t ramped up until the last decade. Initially, only taxpayers due refunds were allowed to efile, and few people trusted the new technology to file their personal taxes.

It wasn’t until H&R Block and Jackson-Hewitt agreed to participate in e-filing in 1990 that it gained national acceptance, ramping up to 4.2 million electronic returns. In 1999, taxpayers were allowed to sign forms electronically, negating the need for using tax preparation services, though many still find it easier to use software like TurboTax.

In 2010, the IRS finally revamped the e-filing system in a rollout that took several years. By 2011, 100 million returns were e-filed, with approximately 3 out of every 4 individual returns being filed electronically.

Had the IRS ramped up this system quicker, it could have saved millions of dollars in operating expenses and reduced paper waste. However, even though e-filing has been around since 1986, it’s only in the last few years that the entire system has been digitized. Prior to that, much of the backend operational work at the IRS was still done with outdated methods like paper, despite taxpayers e-filing.

The Supreme Court of the United States ruled in 1970 (Williams v Illinois), 1971 (Tate v Short), and 1983 (Bearden v Georgia) that debtor’s prisons violate the Fourteenth Amendment of the US Constitution.

Despite this, both Fat Joe and Lauryn Hill served federal prison time for tax evasion, which is a treated as a separate crime. This means it’s difficult for a bank or retailer to have a person imprisoned for failure to pay a debt, but the government can do it immediately.

The US government loses over $300 billion each year in revenue due to the tax gap of real income vs reported income. While corporations use offshore tax shelters and tax mitigation tactics for tax avoidance, individual filers are often caught and jailed for such tactics.

From 2008 to 2013, General Electric made over $33.9 billion in profits in the United States, and instead of paying taxes, the company received a $2.9 billion refund from the IRS. In addition, the company was provided $16 billion by the Federal Reserve during the financial crisis.

During the same period, Boeing made over $26.4 billion in US profits, and received a $401 million IRS refund. The company even has its own taxpayer-funded bank, known as the Export-Import Bank.

Bank of America and Citigroup made a combined $8.4 billion in profits in 2010 though Citigroup paid no taxes and BofA received a $1.9 billion tax refund from the IRS. This same year, these two banks received $3.8 trillion in bailouts from the Federal Reserve and Department of the Treasury, which oversees the IRS.

Had the IRS collected on taxes owed by these 5 companies, it would have collected over $20 billion in revenue, instead, it ended up nearly $4 trillion in the hole with taxpayer money.

2. The Emergency Economic Stabilization Act of 2008

The IRS is an extension of the US Treasury, and it’s clear the organization never audits its own. Both the Emergency Economic Stabilization Act of 2008 and the Troubled Asset Relief Program were designed by the federal government to bail out or purchase assets and equity from struggling companies in the financial sector.

The Treasury was authorized to spend $700 billion (later reduced to $450 billion by Dodd Frank), with a large portion going toward purchasing mortgage-backed securities to provide liquidity to the secondary mortgage market. In addition, bailouts were provided to mortgage lenders and automakers, while the government seized a variety of failed assets.

No due diligence was performed during these rushed, high-value purchases, and the government insisted taxpayer money was spent in order to save the economy. In 2014, the Treasury announced it lost taxpayers $9.26 billion from the auto bailouts alone.

The FHFA has a financing and investing relationship with the U.S. Treasury, with three different financing facilities including one secured liquidity facility.

Although this partnership was announced as a fix for the housing crisis of 2007-2009, analysts are pointing toward another recession in 2016 that could still be related to the break-fix put into effect by the government. This means 2016 is another ripe year for back tax audits, as the IRS attempts to keep the artificially inflated economy afloat by pouring more taxpayer money into these organizations.

With corporate tax dodgers like Verizon and Bank of America getting off scot-free, it’s unlikely we’ll ever see proper IRS audits performed on government-sponsored enterprises like FNMA and FMAC.

Everyone makes the occasional math mistake, but having that mistake happen on a tax form is a bad omen... unless you’re an international corporation or government agency. The government takes taxpayers’ stumbles and missteps very seriously. However, who is holding the IRS accountable for its own transgressions?