Your Divorce Has Financial Benefits You Never Thought About

Couples don’t enter into a marriage planning on divorce, but it happens. While this thought is unpleasant, there can be a financial upside. 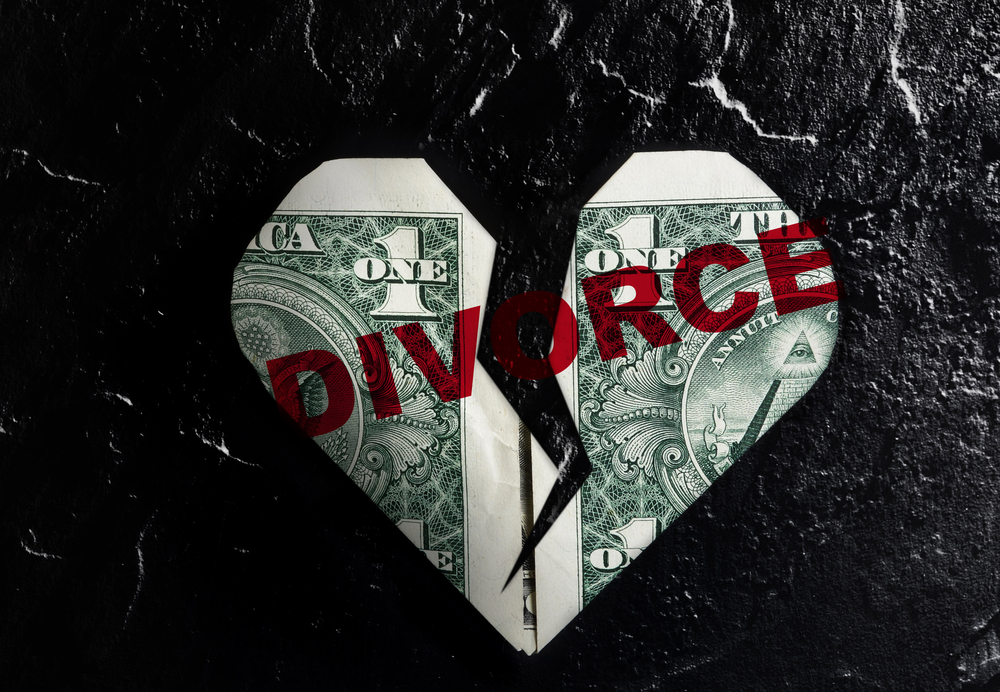 Couples don’t generally enter into a marriage planning on divorce, but breaking up is the outcome of millions of marriages in the United Sates each year. While this thought is unpleasant, there can be an upside to splitting with your spouse.  There are laws in place that could make getting a divorce financially advantageous for you in the long term. Here are examples of financial benefits of divorce you may experience:

The Alternative Minimum Taxation (AMT) system was established in 1969. This system was put into place with the intention of preventing the wealthy from receiving so many tax deductions that they end up paying so little taxes to none at all. While some couples may not necessarily be considered “wealthy”, our tax code lands many of us in a higher tax bracket once we tie the knot. The AMT system also prohibits a number of deductions that are permitted in the regular tax system, affecting many married couples and children. Filing jointly when one spouse earns $110,000 annually and the other earns $40,000 makes the total income $150,000.  This puts them in a bracket of 28 percent as opposed to the one earning $40,000 being in the 15 percent bracket as a single return.

By divorcing, thousands of dollars can be saved annually on taxes. A couple did just this in 2008 when the economy took a nosedive.  Although the pair were still happily married after 13 years, they were considering a divorce due to the AMT. Because their household income stood at upwards of $220,000 combined, along with owning several rental properties, the couple was in the center of the AMT snare. More than 40 percent of their 2007 income was being devoured by taxes and they lost valuable deductions that included local and state income tax and property-tax write-offs.

If the happy husband and wife team were to divorce, more than $48,000 in alimony payments that would be made to his wife could be deducted by the husband and his income would drop to $170, 000, lessening the blow made by AMT. While this couple did not turn out to be the divorcing kind, we are seeing more “on paper” divorces because of the Alternative Minimum Taxation system. Tax Policy Center research has shown that in 1970, only 20,000 taxpayers were affected by this policy.  By 2007, that number had risen to 3.5 million. Not only are couples coming up short for being financially successful, but also because they have a large family.  If you have six children, you could be losing out on a deduction of approximately $30,000 that isn’t allowed under AMT's latest rules.

Health care is a hot topic and has been ever since our nation started to see out of control, rising insurance costs. Whether you are an Affordable Healthcare Act supporter or not, most of us agree that medical benefits should be within financial reach of all Americans in one way or another. Getting a divorce might be the way to affordable health care for some folks.

People are living longer into their golden years than ever before, but not always with the best quality of life. According to a 2015 report by the Family Caregiver Alliance, more than 8.3 million individuals receive care in one of 5 ways, with nursing homes making up over 1.3 million of them.  If you do require nursing home care, Medicaid will not kick in until all of your assets have been consumed. When you are married, this includes everything that you and your spouse own jointly. Because of this tactic, we are seeing an increase in divorce by seniors and those who require nursing home care with a settlement agreement that relinquishes most of or all property to the healthy partner. This is their way to avoid losing everything to nursing home costs. Sadly, partners are living long enough to have successful marriages, only to face divorce or lose everything.

Nursing home costs are not the only reason that couples are looking to split. A story that made national headlines in the past decade featured Debbie Shank, a 52-year old Wal-Mart employee who suffered severe brain damage after a traffic accident with a semi truck. The company health plan did, in fact, pay her medical bills, but Shank needed to sue the trucking company for damages. Her award was $700,000, which ended up at around $417,000 net after legal fees and additional costs. This money was put into a trust to pay the nursing home that she had entered.

After Wal-Mart found out about her settlement, the big box retailer decided to sue Shank for the $470,000 they initially paid her for her medical expenses. It was part of a clause that Shank was not aware of: The company can recoup medical expenses if an employee is awarded any damages in a lawsuit. Apparently severe brain damage hindered Shank’s ability to read the fine print. Debbie’s husband Jim was still extremely devoted to his suffering wife, but they chose a divorce so that she would be able to receive more money from Medicaid to pay for the staggering nursing home costs. Wal-Mart refused to make an exception, even after the couple’s son had been killed in Iraq a week after the ruling was appealed. A true case of insult adding to injury. In this case, divorce was a better option for the struggling couple than continue a futile fight against a corporate giant.

When it comes to Social Security benefits, there is an advantage that divorced people can relish over married couples. Both are able to collect a full spousal benefit once they have hit their full retirement age while they let their own retirement benefit thrive through age 70. When you’re married, this can only happen with one of the two spouses.

Before you go filling out the paperwork, consider that it is not always guaranteed that two spousal benefits are better than one. There are criteria that must be met for each partner to receive a Social Security spousal benefit, which includes:

College is becoming more and more expensive, no matter what policies our current administration tries to put into place. When a student has parents that are divorced, this can work to the family's advantage, opening new ways to get college aid from the FAFSA. On the day that the financial aid form is being filled out, pay close attention to questions 16 and 59, which ask about the marital status of the applicant’s parents. The purpose of the questions is to see if both of the parents’ incomes should be considered for financial resources for the student.

Parents that have divorced should only report the income of the parent whom the child spends the most time with, as long as the other parent does not reside in the same home.  This is usually the case with couples who are divorced. However, couples that are separated or in the process of divorcing and still live together should be sure one spouse moves out before the FAFSA has been filled out.  With only one income, the student will be eligible for more aid to get them through college. This is one bright side that a child can look at when it comes to their parents splitting up.

We can’t stress enough how important it is to seek professional guidance before making the decision to divorce, even for financial reasons. Not only is there money involved, but in some cases, your own personal values may have to be sacrificed.  Take the time to weigh the benefits before severing ties with your spouse and make sure you can live comfortably with your decision.

About the author Debbie Dragon
Debbie is a writer who specializes in parental finances, credit cards, and mortgages.

<p>Alimony is not tax deductible if you're living together.</p>