12 Ways to Handle Your Taxes for Life’s Sticky Situations 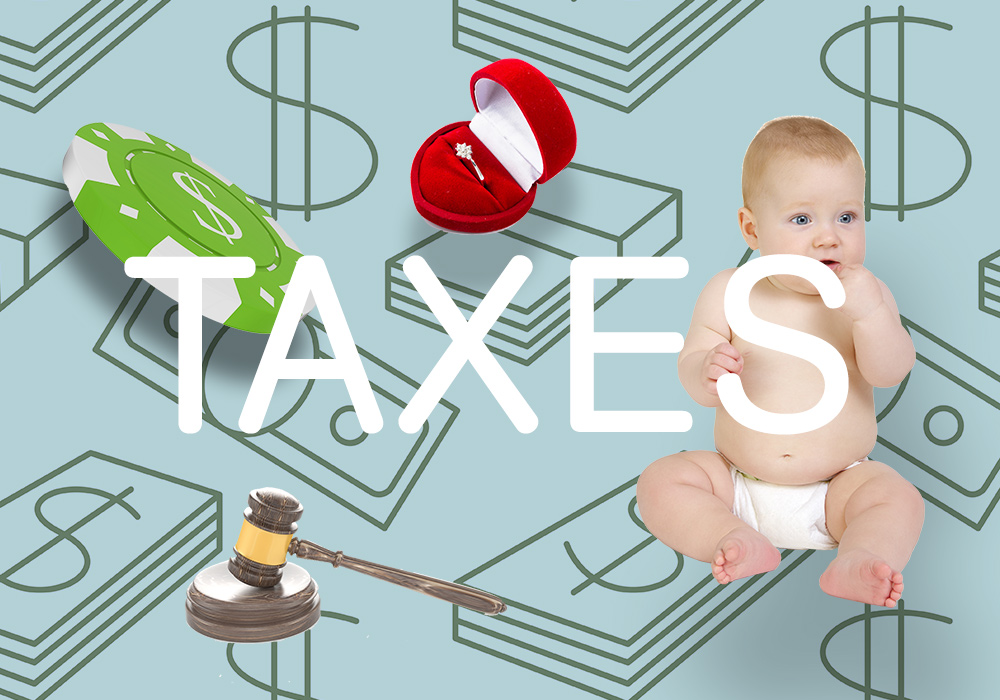 Everything from going to school to your relationship status, and from child matters to starting a business can drastically change how you file your taxes, which forms you have to use, and how much it may cost to file online.

1. Death of a Family Member

When you die, taxes are no longer a problem for you, but your family is still responsible. Although a family member or spouse died in 2015, they’re still responsible for filing a tax return, and it’ll be up to the family, an executor or administrator of the will to file a return with the word “Deceased” entered at the top of the return.

“Widowers may file a joint tax return for two years following the spouse’s death,” says Mark Jaeger, Director of Tax Development at TaxAct.  “This allows the widower to use the same tax bracket that applied to married-filing-jointly returns. They can claim both personal exemptions and the full standard deduction, plus use joint-return rates.”

A legal entity called an estate is automatically created upon the death of any person, and their relatives must report any post-mortem income (investment gains, bank interest, etc.) on an estate filing form, Form 1041.

If you’re the beneficiary of the deceased’s life insurance policy or other investments, it’s reported on your tax return in the form of income in respect of a descendant, or IRD. Spouses can still file a joint return, but do need to indicate they’re filing as a surviving spouse.

Parents with kids under 19 (or full-time students as old as 24) qualify for a variety of tax breaks. These include a dependent exemption of $3,900 per child starting the tax year in which they’re born and a child tax credit up to $1000.

In addition, specific tax breaks apply to help cover up to $3000 in childcare costs and a medical mileage deduction that covers the cost of trips to and from doctor’s visits for your child at a rate of 24 cents per mile.

Divorce is a sticky situation, often taking a year or longer in the courts before being finalized. During this time, it’s very likely you’ll both need to file taxes. If the divorce wasn’t finalized by December 31, 2015, then filing jointly should be a consideration as it will be more favorable for both party’s returns.

Alimony is tax-deductible, but child support is not. Whoever has sole or majority custody of a child can claim them as a dependent, though the IRS does honor court orders, so if you list who gets to claim the child as a dependent in the divorce agreement, that will override any existing regulations.

Losing a job is a terrible ordeal, but the loss of income may be enough to put you in a lower tax bracket. It’s easy to forget or blow off filing taxes when unemployed, but the unemployed are most likely to be due a tax refund.

In addition, expenses related to finding a new job are also deductible. This includes resume preparation costs, travel expenses, postage, and employment agency fees. The Health Care Tax Credit can also cover up to 80 percent of healthcare premiums paid in 2015.

Low-income taxpayers are eligible for a Savers Credit of up to $1000 ($2000 for joint returns) can be obtained based on retirement plan contributions. Unemployed people with children could qualify for the Earned Income Tax Credit (up to a maximum of $6242).

Once leaving a job, be sure to apply for unemployment, food/cash assistance, and other government benefits, including help paying mortgage, rent, and utility bills. Also, be sure you receive your full severance package, including unpaid vacation and sick days, as these will be included on the W-2 from your former employer.

Living overseas as an American citizen doesn’t negate the need to pay taxes, although an automatic two-month extension is granted to Americans living abroad, such as members of the military and contractors.

It’s not necessary to be relocated overseas. any business trip, from conventions and trade show travel to business meetings with clients, can be deducted, so long as they meet the requirements of a business trip.

Being a politician doesn’t exempt you from paying taxes. In fact, everyone from members of Congress to Supreme Court justices to the President of the United States files an annual tax return. If anything, being a politician makes filing taxes even more difficult, as the media and public often scrutinize the earnings of public figures more heavily than private individuals.

The Residential Renewable Energy Tax Credit was set to expire in 2016, but tax credits for installation of photovoltaic and solar thermal technology were extended to 2022 by the Consolidated Appropriation Act, signed in December 2015. Up to 30 percent of the installation and equipment costs for a residential solar setup can be deducted on your 2015 return if it was purchased during that year.

“This is called the Solar Investment Tax Credit (ITC) and can be taken directly off your tax payment rather than a deduction from your taxable income. There is no limit to the credit,” says Jaeger

Purchasing an all-electric or plug-in hybrid car in 2015 qualifies for up to a $7500 federal tax credit, depending on the size of the battery pack installed in the vehicle. Although many Energy Star credits expired, there are still a few qualifying purchases that can be made. Keep in mind that using energy efficient appliances reduces overall operating costs, saving money without taxes.

Donating items or money to charity is a great way to lower taxable liability, as these can be tax-deductible so long as you retain documentation and get a receipt from the organization donated to.

8. What Stayed in Vegas

Gambling losses can be itemized and deducted on a federal tax return, although the IRS stipulates that you must keep a diary of winnings and losses as a prerequisite for deducting losses from winnings. This includes documenting participation in lotteries, raffles, horse/dog races, casino games, poker, and sports betting.

Receipts from the casino are necessary, and it’s possible to obtain and have the establishment fill out Form W-2G or Form 5754 to document the losses. Keep in mind gambling losses are considered with winnings, so if you win $1000, but lose $5000, you can only claim $1000 in gambling losses. The rest is the cost of doing business.

In a Chapter 7 bankruptcy, the estate’s trustee files the 1041, while in Chapter 11, the debtor is the trustee and must file both. Although private citizens don’t often file for Chapter 11, it’s important to know the trustee of any bankruptcy estate will likely be monitoring your tax returns for refunds that may be owed to the estate.

If bankruptcy is in process and taxes aren’t filed or paid, it’ll likely be dismissed and you’ll have to start all over again from scratch.

The IRS provides several brochures for prisoner re-entry programs to assist prisoners in paying taxes and reestablishing themselves as citizens. Paying taxes while in prison is unlikely to be necessary, as inmates are only paid 12 cents and one dollar per hour and will fall under the income requirements.

If an inmate has income from investments or retirement, this must still be reported, and it’s important to find someone within the prison that can assist. in obtaining the proper forms. Otherwise, a power of attorney can be granted to allow a trusted associate to file taxes for you.

Those filing on behalf of a family member in prison should know that no money sent to the inmate is deductible (it’s considered a gift) and they can only be counted as a dependent if they lived with you prior to being incarcerated.

11. Recovering from a Disaster

In the event of a natural disaster, theft, or other losses, the amount not covered by insurance can be deducted from taxes. IRS publication 541, 547, and 551 covers detailed information on what’s considered disaster, casualty and theft losses, which must be reported as itemized deductions on form 1040 or 1040NR.

Generally, these deductions must occur during the year the loss occurred, but people living in federally declared disaster zones can apply the deductions to the prior year in order to expedite payment and the rebuilding process.

Not paying taxes or filing a return is never an option, and every year we hear stories of famous or influential people being jailed for tax dodging. The U.S. Code of law provides several statutes governing penalties and fines for tax fraud, and they’re very serious.

Prison terms up to 5 years, fines up to $250,000, or a combination of both can be a hard pill for many to swallow, and it can be tempting to run. Keep in mind wherever you run to, there’s a government in charge, and that government will want to collect taxes from you, and will do so before expediting you back to the U.S. to face criminal charges that now include failure to comply, contempt of court, and a bevy of charges related to running away from federal prosecution.

The tax system is an unwinnable game, and it’s best to simply pay them, rather than attempt to avoid them, as every year you do this will add an additional red flag to your account. Every American citizen has a social security number and/or tax ID, and these are used to track finances historically. It’s best to keep this permanent record clean.

If you have any abnormal situations not covered above, be sure to ask a professional tax advisor which tax forms, breaks, and other information are necessary to file for your personal 2015.

Brian, a former business analyst in the mortgage industry, writes on ethics, regulations, and technology in the banking industry. His contributions have been featured in The STreet, Huffington Post, Forbes, Fast Company, Intuit, and other major outlets.