Is a Four-Year College Degree Overvalued? 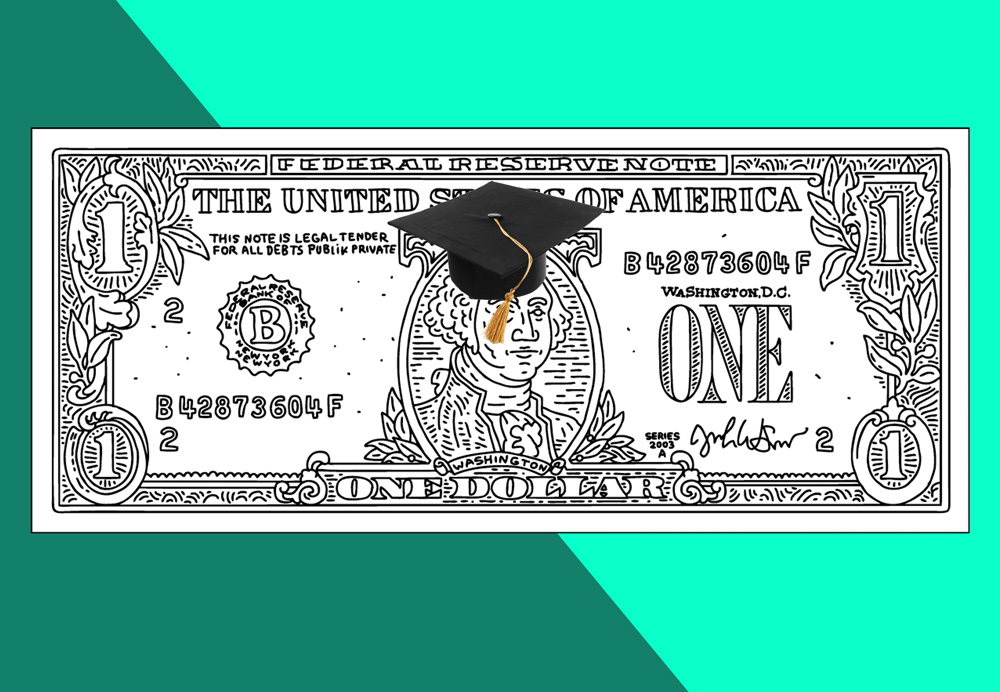 School counselors, teachers, and parents sometimes push the idea that college is the fastest and only route to financial success—as if getting into massive debt, walking across a stage and grabbing a piece of paper suddenly makes us immune to layoffs or the rut of living paycheck-to-paycheck.

Although I do have a degree in journalism, I didn’t believe the hype 20 years ago when I graduated high school, I don’t believe it today. A college education—namely a four-year degree—isn’t (and doesn’t have to be) for everyone.

At the age of 19, Andrew Velez enrolled in a local community college with plans to transfer to a four-year university after two years. But after one semester, instinct told him he didn't need to spend thousands and waste four years to get ahead in his career.

He took a leap of faith, dropped out of college, and immediately snagged an entry-level sales job with a local home security company. He didn't earn much out the gate, but he did gain enough experience to move into a better position two years later. Velez, currently 36, stayed with this company for more than ten years as an account executive, eventually earning a little over $60,000 a year.
“I wasn’t wealthy, but I comfortable and earning more than some people with bachelor’s and master’s degrees. The only difference is that I didn't have any student loan debt.”
I realize there’s no way around college for some professions. A school district will only hire teachers who have a degree and teaching certificate, and nobody’s going to take serious medical advice from someone who didn’t complete medical school. So if you’re working toward becoming a teacher, a lawyer, a doctor or another profession where a four-year degree is an absolute necessity, this article isn’t for you.

But if you’re going back and forth with whether to get a degree, here’s why a four-year degree may not be worth the investment.

The National Association of Colleges and Employers reports that the class of 2014 earned median starting salaries of $45,478. Some grads earned considerably more, and some considerably less. This isn’t a bad salary, but I know from experience that you don’t need a four-year degree to earn this much or more by your mid or late twenties.

Over the years, I’ve seen several grads skip college and immediately start working. In almost every case, these individuals took vocational or trade classes while in high school. They learned paralegal studies, nursing, cosmetology, and computer programming, which prepared them for entering the workforce after graduation.

While I don’t know the details of their tax returns, what I do know is that even without any college experience, these individuals were raising families, buying homes, and living a comfortable life in their 20s, and their lack of a college degree didn’t seem to stop them from enjoying their American Dream.

“By the time I was 23 years old I already had three years of sales and marketing experience, and my salary was about $3,000 more than the average starting salary for a college grad with a marketing degree,” explains Velez. “I started at the bottom and worked my way up.”

Just because your career path requires advance education doesn’t mean a four-year degree is the only means to an end.

A two-year community college degree costs about $6,262; meanwhile, the average student loan debt for a university degree in 2015 was nearly $35,000. Those with a university education invests more time and money, so they obviously earn more, right? Well, not exactly.

Although college grads on average earn about a $1 million more over their lifetime than an employee with only a high school diploma, sometimes, occupation trumps degree. And if you choose the right field, you can strike gold and earn more with only an associate’s degree.

Based on data provided by the U.S. Bureau of Labor Statistics and Payscale.com, here’s a sampling of average mid-career salaries for occupations requiring only an associate’s degree.

Student debt is no joke, just ask anyone still paying on a loan 10 or 20 years post-graduation. Even if you believe college—whether two-years or four-years—is your ticket to success, there is a sobering fact to consider—student loan debt can lower your net worth.

The sad truth is that excessive college debt may limit your ability to achieve financial success. “Tackling finances after graduation comes as a big surprise to many, and unfortunately, debt may even impede their ability to reach other life milestones such as getting married or buying a home,” says Mary Johnson, student aid policy, and financial literacy expert.

A survey by the American Student Assistance found that 75 percent of young adults felt their student loan debt affected their decision or ability to purchase a home.

A graduate with $35,000 in student loan debt on a 10-year repayment plan paying 6.8% interest can expect a student loan payment around $402 per month. College might be an investment and considered “good” debt, but student debt can also skyrocket a borrower’s debt-to-income ratio or affect his ability to save money for a home purchase, which unfortunately makes it harder to qualify for a mortgage.

According to the 2013 National Association of Realtors Profile of Home Buyers and Sellers, “among entry-level buyers who said that saving for a down payment was difficult, 54 percent said student loan expenses delayed savings.”

“Student debt trumps all other consumer debt. It’s going to have an extraordinary dampening effect on young peoples’ ability to borrow for a home, and that’s going to impact the housing market and the economy at large,” said David H. Stevens, chief executive of the Mortgage Bankers Association.

Getting a four-year degree doesn't guarantee a job. You could end up working in a field other than your area of study, or worse; you could end up with a job that doesn't even require a degree.

A survey by the consulting firm McKinsey and the student website Chegg reports, “nearly half of graduates from four-year colleges are in jobs that don’t require a four-year degree.” So not only is your competition other college grads, but you may also be in competition with people who never attended college.

And let’s be honest, if you’re working in a field that doesn’t require a degree, chances are your post-graduation income isn’t what you expected. This can have a domino effect on your personal finances. Earning less can mean delaying student loan repayment. Although you can request a deferment or forbearance with a federal student loan and temporarily postpone monthly payments, you’ll pay interest while loans are in forbearance, which adds insult to injury.

Putting off $35,000 of student loan debt for just two years means you’ll pay an additional $4,000 in interest, increasing your total debt balance to $39,000. The longer you postpone repayment, the more your balance grows.