The Illegal Ways Debt Collectors Use to Extort Money

Learn five examples of how debt collectors using questionable or downright scary tactics to collect the money that their clients are owed. 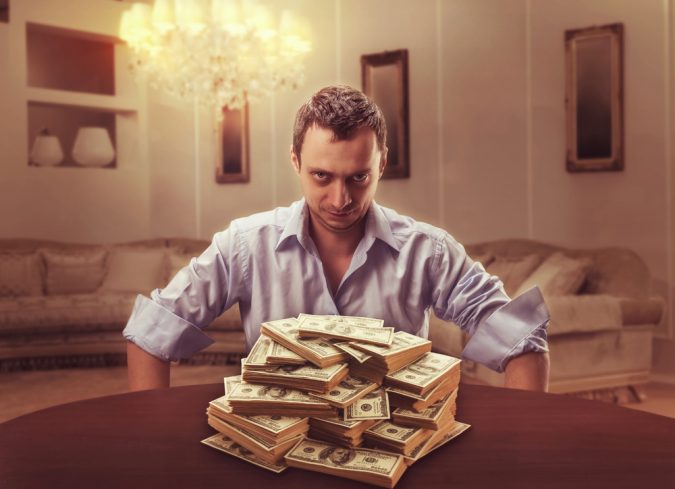 Sending a housewife 16 threatening text messages a day? Threatening to garnish the wages of consumers already struggling to pay their bills? How about warning parents that the state will take away their children if they don’t pay back the debt they owe?

That’s all pretty intimidating. But some debt collectors take even more drastic measures to chase down the money that consumers owe on everything from parking tickets to medical services to funerals.

One of them threatened to dig up the bodies of recently buried children as a way to collect on unpaid bills.

He actually boasted that he’d hang these unburied bodies from tree branches if his targets didn’t come up with the money they owed for funeral services.

You do have rights if you owe money. And you can’t be thrown in jail for being in debt. The Federal Fair Debt Collection Practices Act forbids debt collectors from threatening consumers with violence, using profane language, making nonstop phone calls or calling a debtor’s friends, family members or co-workers. The law also forbids them from pretending to be attorneys, threatening to garnish the wages of consumers or claiming that debtors will be arrested if they don’t pay their bills.

This doesn’t stop all debt collectors, though, from using questionable or downright scary tactics to collect the money that their clients are owed.

Here are five examples of debt collectors who have gone too far:

Pesky text messages with a heavy dose of insults

A debt collector chasing down $350 from a woman in California was so persistent, he was found liable for $33,000 in damages in 2014 when that same woman sued him, according to ABC News.

The woman said that the debt collector sent her about 15 texts a day in an effort to convince her to pay back the money she owed for a used car she bought in 2007.

But what was most shocking about this case were the personal insults that the debt collector allegedly tossed at his target. According to the ABC News story, he consistently berated the woman about her weight. When the debtor told the collector that she was due a big refund from the IRS that might help her repay what she owed, the collector asked if the refund was a tax refund or a refund from weight-loss service Jenny Craig. The woman claims that the debt collector once sent her a text referring to her as Porky Pig, and that he once referred to her as a “200-pound slob in a double-wide” trailer.

How dedicated are some debt-collection agencies to collecting the money that their clients are owed? According to a 2013 story by CNN Money, one agency was fined more than $700,000 by the Federal Trade Commission for threatening to dig up the dead bodies of their debtors’ children if these same debtors didn’t come up with the money they owed for outstanding funeral bills.

That’s just one horrifying example in this CNN story. The story also tells the tale of a debt-collection agency that the FTC shut down after it told debtors that after they went to jail for not paying their bills, the police or child protection services would take away their children.

Harassment that spreads to family and friends

In July of last year, the FTC shut down and froze the assets of a Buffalo, New York-based debt-collection agency that not only contacted the friends, family members and co-workers of consumers, but also told these same people that the debtors had committed check fraud and would be arrested if they didn't pay up.

And it didn't matter if the consumers were able to prove to the debt-collection agency that they didn't actually commit any crimes or owe any money. The agency continued to accuse these consumers of fraud and other crimes.

When you can't even rest in peace

The Huffington Post reported on a debt collector who left a threatening message on the voice mail of a Houston woman demanding that the woman's sister appear in court to settle her debts. The woman told KHOU in Houston that the caller was trying to pressure her to contact them with information on her sister's whereabouts.

Threatened enough to sleep with a gun

One woman in West Virginia slept with her husband's gun on her bedpost after a particularly creepy call from a debt collector, according to another story by ABC News.

The collection agency had called her about debt owed by her son, a son who had moved out of her home eight years earlier. Collectors repeatedly called the woman, threatening to put a lien on her home and to sue her son. One night, a collector called and threatened to sexually assault her. When the woman told the caller that she was going to report him to the police, the caller allegedly responded with an ominous "yay."

After reporting the call to the police, the woman told ABC News that she slept that night with her husband's gun on her bedpost.

The woman eventually filed a lawsuit against the collection agency. She won her case, earning a judgment of more than $10 million.

If you are being harassed by a debt collector, you do have options. You can file a complaint online with the Consumer Financial Protection Bureau or you can call the bureau at 855-422-2372. The bureau recommends that you also contact your state's attorney general. For severe cases, you might need to hire an attorney.

About the author Dan Rafter
Dan is a MyBankTracker writer and blogger who is an expert in real estate, mortgage finance, credit cards and retirement.
Add a comment