What You Need to Know About the Latest Bank Security Hack

Big banks experience cyber attacks nearly every day, according to JPMorgan Chase Bank. That scary admission comes in response to the latest banks security hack on Chase and other big banks. The raiders are said to have used sophisticated and unique malware to get deep enough into the banks’ computer systems to delete and manipulate records. 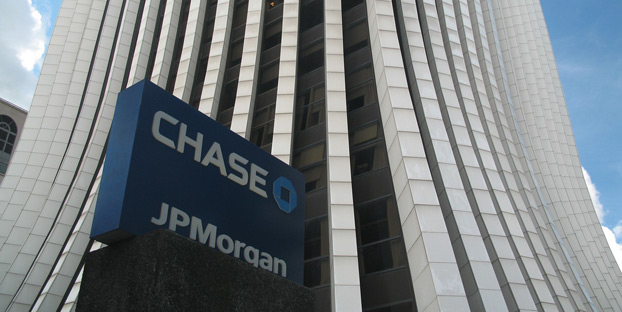 Why you should be concerned

It is some reassurance that customer bank accounts are FDIC insured and all the big banks typically reimburse customers for fraud in the event of a cyber attack. Still, experts say consumers should be very concerned by the latest bank security hack. The hackers could use access to banks’ computer systems to potentially take out loans in a customer’s name, commit other kinds of identity theft, or worse, manipulate financial data inside the banks’ computers. That’s the big question: Did they just steal data or did they also manipulate data? When you alter data, you are changing the value of money.

For now, there are a lot more questions than answers about the latest breach. Financial institutions do tend to spend far more than most other firms on computer security, given all of the sensitive data they handle.

What you can do to protect yourself

A couple of general preventatives top the list of ways to keep your defenses up. Your technology needs to keep pace with the times. Outdated software which no longer receives security updates, like Windows XP for example, is vulnerable to pervasive problems like the Heartbleed bug or the recent Internet Explorer flaw that allowed attackers to take over your computer.

Another simple but essential method of protecting yourself is password security. You can can find plenty of good guides for creating secure passwords. Even if you have trouble remembering all of the numbers and characters that go into a safe password, you can download an app that will help you with that. But be careful with those apps, too!

Awareness of threats is also important. A newly discovered hacking method for Android apps enjoys a success rate of 92 percent on six out of seven popular apps. Researchers say it employs a user interface interference attack which means that the hacker can run the malicious app in the background without the user knowing. It could allow a hacker to steal a user’s password and Social Security number, swipe credit card numbers and other sensitive data, or peek at a photo of a check on a banking app. A “camera peeking attack” could steal the image of the check, allowing hackers access to a bank account number, routing number and signature. Chase, Gmail and WebMD were some of apps tested and found to be vulnerable.

The vast extent of hacking

Hackers have exposed the personal information of 110 million Americans — roughly half of the nation’s adults — in the last 12 months alone, according to Ponemon Institute researchers. That translates to some 432 million hacked accounts. The exact number of exposed accounts is said to be elusive, because some companies — such as AOL  and eBay — aren’t fully transparent about the details of their cyber breaches. But that’s the best estimate available with the data tracked by the Identity Theft Resource Center. The losses includes personal information, such as your name, debit or credit card, email, phone number, birthday, password, security questions and physical address.

The most recent mass hacking cases include tens of millions of customers at Target, Adobe, Snapchat, Michaels, Neiman Marcus, AOL and eBay. The reasons are: we’re increasingly moving our lives online. Shopping, banking and socializing are now mainly digital. Stores rely on the Internet to conduct and process all transactions. As a result, your data is everywhere: on your phone, laptop, work PC, website servers and countless retailers’ computer networks.

Secondly, hackers are getting more sophisticated. Their weapons are numerous and cheap and they’ve learned to roam corporate networks for years with stealth.

Who are the culprits?

Investigators in the latest bank hacking attacks know that criminal groups overseas have developed the sophistication to be able to crack even the most robust cyber defenses. The latest attacks by a gang of Russian hackers has amassed over a billion user name and password combinations and more than 500 million email addresses. The timing has raised suspicions about the mounting tensions between Russia and the West over Ukraine and economic sanctions. Hackers from Russia and eastern Europe are often top FBI suspects in cyber attacks.

It is also possible that hackers are actively supported by foreign governments or political sects. Islamic State terrorists are reportedly recruiting young computer experts to hack and plunder millions of dollars from Western banks and businesses. The jihadist group on a deadly rampage across Iraq and Syria is already the world’s richest rebel organization with billions of dollars at its disposal, partly from looting Iraq’s central bank.

And government agency Cybersecurity Malaysia is investigating the hacking of computers and email accounts of officials involved in the search for Malaysia Airlines flight MH370 lost last March. The hackers siphoned off classified information related to the plane a day after it disappeared and transferred the data to a location in China. Possibly related to this theft are reports that the bank accounts of crash victims were looted after the tragedy.

Related Articles
Are Banks Closed on Cinco de Mayo?
Bank Tellers Reveal the 10 Naughtiest Customer Habits
How Far Would You Go to Get Rid of Your Student Debt?
Why You Shouldn’t Close Your Capital One 360 Account
Study: Will Your Presidential Vote Depend on the Impact on Your Finances?
Your Divorce Has Financial Benefits You Never Thought About