If you're trying to stay on your bank's good side this holiday season, these bank teller stories shed some light on what you don't want to do.

If you've never worked in a bank, you may not realize how tough tellers sometimes have it, especially when they're faced with difficult patrons. A quick web search revealed a number of discussions featuring bank teller stories, many of which detailed some of the worst customer offenses. 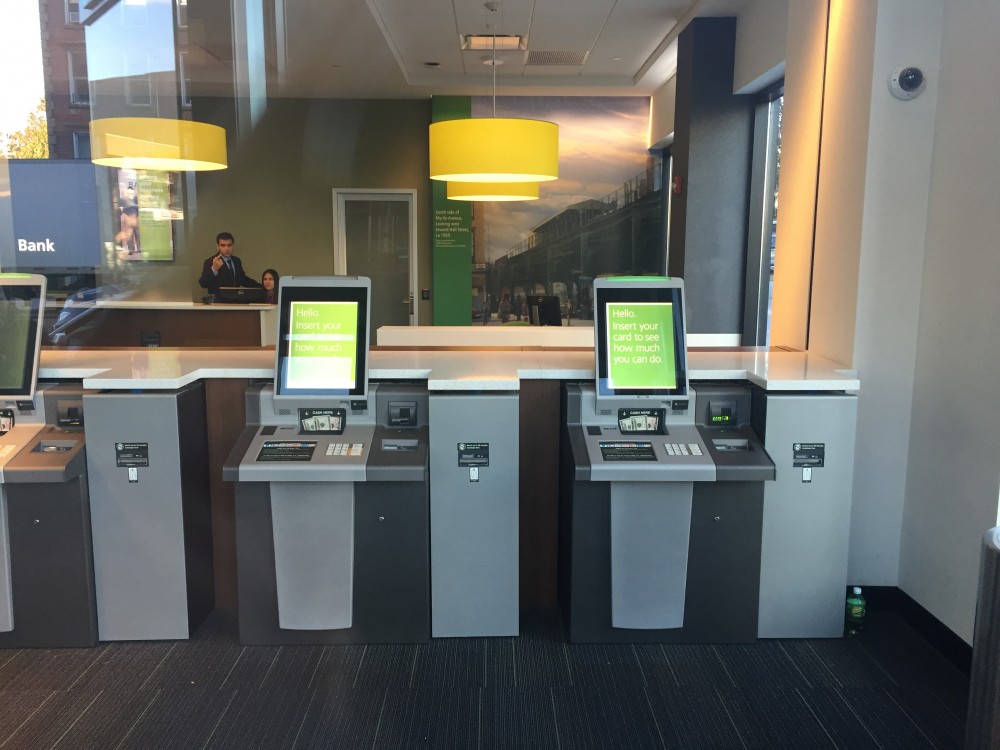 Drawing from a thread found on Indeed.com, we decided to highlight 10 of the biggest pet peeves that could land you on your teller's naughty list this year.

1. Yakking on your cellphone

Trying to talk to someone while they're on the phone is really just an exercise in futility, especially from a teller's point of view. Not only is it rude but the posters on the Indeed forum agree that it's the fastest way to screw up a transaction. If the teller's got questions for you about your account but you've got your ear glued to the phone, you're basically leaving them to guess what you want. Unless you're discussing something big like your plans for accepting a Nobel prize, your best bet is to put those calls on hold.

2. Not filling out your deposit slip

Taking a deposit slip with you to the counter isn't enough; you also have to make sure that it's filled out properly with your name, account number and the amount of the deposit. When you skip out on that step, it adds time to the transaction, which can be problematic for tellers if there's a long line of people waiting.

3. Approaching the counter too quickly

When they're in-between customers, tellers have lots of other tasks to do and the perception that they're just standing around isn't quite accurate. Staying in line until you're actually called up to the window might seem like a waste of time, especially when you're the only person there but chances are, the teller has a good reason for making you wait.

No one wants to spend all day at the bank but that doesn't mean you can go out of your way to try and speed things along. In fact, trying to rush the teller may lead to serious errors. The drive-thru is designed for faster transactions so if you're in a hurry, you might be better off pulling up to the window instead of going inside.

Tellers are trained to do things in the most efficient way possible but it's easy to throw a wrench into their routine if you inadvertently complicate things at the window. If you've got more than one deposit, withdrawal or bill payment to make, giving them a quick heads-up before you get started can eliminate hassles and save both of you some time.

6. Lugging in a pile of loose change

Dumping all of your change into a jar at the end of the day can add up to a pretty decent amount of money if you do it regularly, but converting it to cash is usually the hard part. A lot of banks now offer coin counting machines in the lobby but if your branch is one of the ones that doesn't, don't assume that your teller wants to count all those nickels and dimes for you. Rolling up the coins yourself can be time-consuming but you'll be doing yourself and the 10 people waiting in line behind you a favor.

To the average person, the way banks operate sometimes doesn't make any sense. After all, if you're depositing a check and you've got enough money in your account to cover it, why should you have to wait two or three days for it to clear? Before you're tempted to complain about it to your teller, however, just keep in mind that they're not the ones responsible for setting the policies in the first place.

Bank tellers have a set range of duties that they're expected to perform. Helping you fill out a mortgage application or approving you for a credit card aren't among them. If you need help with something beyond the standard deposit or withdrawal, you should ask to speak with a personal banking representative instead.

9. Pulling money out of your socks or underwear

Keeping your cash in your shoe may seem safer than sticking it in your wallet or your pocket but bank tellers aren't exactly thrilled at the idea of touching it afterwards. Research has shown that money is actually one of the dirtiest things you can put your hands on, something you might want to think about the next time you're fishing a few bucks out of your shoe.

We've all heard the old saying about catching more flies with honey than vinegar and that's something to keep in mind the next time you're waiting in line at the bank. The number one rule in restaurants is to never be rude to the person who handles your food and the same thing applies when it comes to the people who handle your money.

These are just some of the most common themes that seem to repeat themselves when it comes to teller complaints. If you we've overlooked a major no-no or you've got your own bank teller stories to share, be sure to sound off in the comments below.

<p>I had to wait several minutes last week while a teller finished a personal call on the bank's phone line. When I asked who the manager was, (once she finished her call), she said to me, "I have children and if I am talking to them, I'm entitled." She was not dressed professionally unless she was working the streets.</p>

<p>Talking on your cell phone in public is just rude. No one wants to hear your conversation about nothing. I heard one guy make a Doctor's appointment at the place I was eating. NASTY! Do it at your home. And DO NOT talk in a public place and then ASK ME to be quite because you can NOT hear your pointless conversation. If it is a business call or important do it in your office or at your home. NOT while you are "waiting" in the public swimming pool where people are splashing and talking.</p>