The Process of Filing Bankruptcy Explained

People file for bankruptcy for a variety of reasons, learn why a person may be forced to file and what happens as a result. 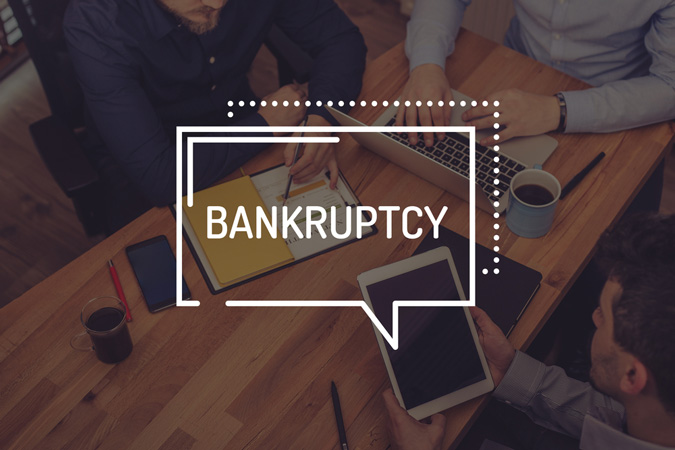 Millions of American struggle with debt, and many of those who cannot repay their loans end up filing for bankruptcy.

In case you need a refresher, bankruptcy is defined as an individual or person that does not have the ability to pay back their debt. A bankruptcy most commonly occur when a person or business files on their own, but a creditor may file on behalf of a person if they have an outstanding debt balance. During the bankruptcy filing process, the assets of the individual or business are evaluated, and if the determination is that they cannot pay their debt, they are relieved of the obligation.

The most common form of bankruptcy in the United States is Chapter 7 bankruptcy. When filing for Chapter 7, also known as liquidation bankruptcy, a person attempts to release all obligations to pay their debt. Basically, a person's assets (such as a second vehicle) are sold to pay off their debt. Once the debt is paid he or she is cleared of any financial obligation to their creditors. Even though most debt is cleared after a bankruptcy, a person may still owe a debt that must be paid, this is known as nondischargeable debt (which will be explained below).

The next step in the process of filing for bankruptcy is a meeting of creditors. In this meeting, all of a debtor's creditors will meet with the trustee. The trustee will ask questions related to the financial documents of the debtor, and will determine whether or not they have a reasonable case to file for bankruptcy. If there are no major disputes, the trustee will move forward with the bankruptcy process, which is to sell the assets of the debtor (except for chapter 13 bankruptcy, which will be explained later). Assets are sold to pay back as much debt as possible to creditors, then the debtor is discharged from their obligation to pay.

Not every type of debt can be cleared from a person's record. That means there are some forms of debt you will be liable to pay for, no matter your financial situation. Student loans, child support, alimony, and most taxes are amongst the debts that cannot be included in the bankruptcy.

A creditor must file a lawsuit, and the court will determine what is and isn't forgiven for a person faced with debt. Most nondischargeable debts are determined as a result of fraud or false pretenses. An example of a nondischargeable debt would be someone that takes out a loan to make home improvements but instead uses the money to buy a new vehicle and go on a trip.

Other forms of bankruptcy

Chapter 7 is the most common form of bankruptcy, but others are present as well. There are a total of six types of bankruptcy filings in the United States.

Loss of job or a reduction in the amount of income a person or business produces is one of the common reasons why people cannot pay their debt.

Many people file for bankruptcy as a last resort after being unemployed for an extended period of time. When a person's savings runs out after a job loss, they are left with few options for paying down their debt. Bankruptcy may be the only solution for a person who cannot find a job to remove their debt.

Businesses file as well when their business suffers from a lack of customers and sales. A business may remain open for several months in an attempt to bounce back after low sales, yet over time they may have to eventually file for bankruptcy.