What ‘Fear of Missing Out’ Really Means for Millennial Personal Finance

Compared to previous generations, millennials have a unique outlook in terms of what they’re willing to spend their money on. Instead of trying to keep up with the Joneses, they’re letting FOMO or “fear of missing out” guide their money choices. 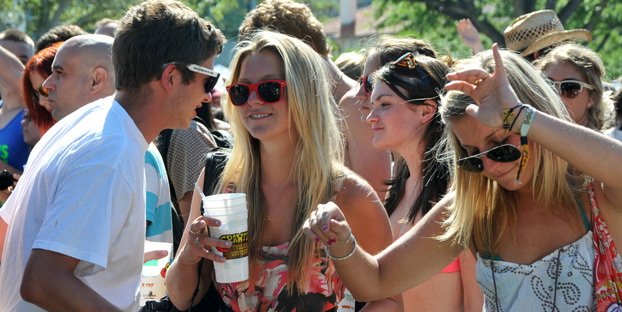 A recent survey from Eventbrite found that 78 percent of 18 to 34 year olds would rather pay for experiences versus things. The FOMO phenomenon is clearly a factor, with nearly 70 percent of those surveyed acknowledging that it influences their financial decisions. When it comes to millennial personal finance, it’s definitely more about doing things than owning things, but 20-somethings aren’t always thinking about the true cost. If you’ve been giving in to the fear of missing and your wallet is paying the price, here’s what you should be doing instead.

Plan ahead for emergencies, not events

Attending concerts, festivals and sporting events ranks high on the list of priorities for millennials. Eighty-two percent of the young adults included in the Eventbrite survey said they’d been to at least one live event in the last year, compared to just 70 percent of older respondents. Millennials are getting out and making connections with their peers and having a good time in the process, but they’re not prepared for what happens when a storm cloud comes along to rain on their parade.

Emergency savings is a must, especially considering how much uncertainty young adults face in the job market. All it takes is one unexpected expense to throw your budget completely out of whack. Having some money set aside can make weathering the storm easier. Cutting back on the number of outings you go on can free up the cash you need to get started. Funneling the money into a high-yield account online allows you to earn some interest on what you save so you can grow your emergency fund faster. Taking advantage of free events can keep you from feeling like you’re missing out on all the fun.

Use credit as a tool, not a crutch

While millennials overwhelmingly seem to avoid credit cards, that doesn’t mean they’re not using them at all. According to Experian, young adults rack up an average of $2,700 in credit card debt and they’re more likely to max out their cards compared to Boomers or Gen Xers. In some cases, the debt comes from using plastic to pay for basic expenses but millennials are also using credit to go on vacation, update their wardrobes and purchase the latest gadgets.

If you can afford to pay the card off in full each month, that’s usually not a big deal, but the Experian report showed that 20-somethings struggle the most with meeting their credit obligations. They’re more likely to pay late, which reflects the fact that they tend to have the lowest credit scores. If you’ve been using credit to finance your lifestyle or you just can’t seem to pay your bill on time, creating a budget is the first step to turning the situation around. Figuring out where all your money is going can give you an idea of what you need to cut out so you can put the money to better use, such as savings or paying down debt.

Cover the basics before you splurge

Check the average bank statement belonging to a millennial and you’ll likely see purchases for things like organic foods, craft beers and gourmet coffee. Even though they’re making sacrifices like cutting out cable, waiting to buy a home and taking public transportation, 20-somethings aren’t willing to give up spending on seemingly little luxuries. The problem is that splurging on these kinds of creature comforts often means overlooking basic financial necessities like insurance.

Millennials are the most underinsured group in the nation on every front and they overwhelmingly come up short in terms of health, life, auto and renter’s insurance. When you consider that the cost for these types of coverage are relatively low the younger you are, it doesn’t seem to make much sense why young adults are lagging behind. Taking the money that you’d normally spend on “treats” and using it to purchase at least the minimum amount of insurance you need can keep an accident or illness from becoming a financial disaster down the road.

Twenty-somethings aren’t completely out of the loop when it comes to retirement. They understand the need to start saving earlier and they’ve seen how being financially unprepared for the future has affected their parents. That doesn’t necessarily mean, however, that millennials are getting the most out of their savings efforts.

Besides the fact that younger workers are changing jobs more frequently and losing out on some of their retirement money, they’re not socking always socking away as much money as they could be. Instead of saving the standard 15 percent, millennials are more likely to set aside 10 percent or less of their pay, with men saving more than women.

If you’ve only been saving the bare minimum in your 401(k), you have to weigh the returns you’re potentially missing out on against the value of what you’re spending your money on. Going on a vacation with friends can provide some lasting memories but it won’t let you continue to feed the travel bug once you’re out of the workforce for good. Increasing your retirement contributions by $50 or $100 a month may mean compromising some of your spending choices now but it can make a real difference in your long-term outlook.

Related Articles
Who’s Cashing in on Cronuts?
Projects Most Likely to Pay Off When You Finance Home Improvement
Why Every 20-Something Needs This Investment Management Tool
10 Jobs That Will Help Pay Your Rent
How to Save More Money by Spending More and Overcome Outdated Saving Habits
5 Tips on How to Pay for Large Medical Bills