How to Compare IRA Accounts vs. IRA CDs

Putting all of your retirement eggs in one basket is never a good idea, since you’re basically submitting all your assets to the whims of the market. If you’ve got all your cash tied up in one or two investments, you could see your entire savings wiped out if one of them ends up losing a substantial amount of value.

Your 401(k) is a good place to start tucking money away for your golden years but it shouldn’t be your end point. Opening an IRA is a smart move if you want to be able to save even more on top of what you’re putting into your employer’s plan and score some tax breaks along the way. 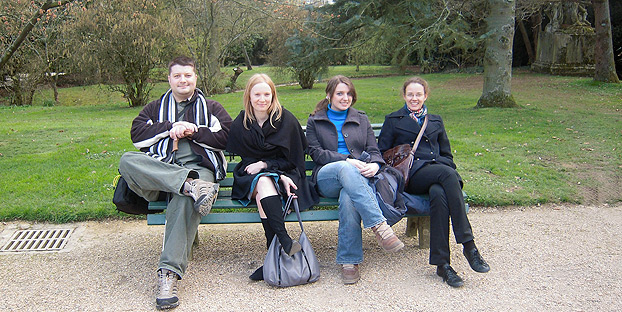 IRAs come in two basic flavors: traditional and Roth but you also have a third option in the form of an IRA CD. If you don’t understand how any of them work, taking the time to compare IRA accounts is a must. Knowing how they’re different and how they’re alike can help you zero in on the one that best fits your retirement savings goals.

Traditional IRA is best if you expect your income to go down before retirement.

A traditional IRA is funded with pre-tax dollars, which means that your earnings can grow tax-free until you start making withdrawals. If you start pulling money out at age 59 1/2 or older, it gets lumped in with the rest of your taxable income. If you make a withdrawal before then, you still pay taxes on it at your regular rate but you also get slapped with a 10 percent early withdrawal penalty.

One of the advantages of going with a traditional IRA is that it can give you a tax break now in the form of a deduction on contributions. If you (and your spouse if you’re married) aren’t covered by a retirement plan at work, you can write off your full contribution amount, up to the annual limit. The limit for 2020 and 2021 is $6,000.

Deductions lower your taxable income, which can shrink your tax bill or give you a bigger refund if you’re expecting money back. That’s a good thing if you’re in your peak earning years and you expect your income to go down once you retire.

For example, let’s say you’re married and together you bring in $180,000 annually. You’re not covered by a retirement plan at work and your spouse is but since you’re under the IRS income phaseout limit, you can still deduct the full $6,000 you put in your traditional IRA. Based on the current tax brackets, you’d be in the 28 percent range. Now, you anticipate that your combined income will drop to about $60,000 when you retire. In that scenario, you’d fall all the way to 15 percent tax bracket so you’re going to come out ahead by scooping up a tax break now instead of later.
Tip: You can add another $1,000 onto your IRA contributions if you’re over the age of 50.

Roth IRA is best if you expect your income to go up before retirement.

A Roth IRA, on the other hand, operates on the reverse principal. Contributions are made with after-tax dollars, which means when it’s time to take the money out, you won’t pay any taxes on it as long as it follows the IRS guidelines for a qualified withdrawal. To be qualified, you have to be at least 59 1/2 and your Roth account has to have been open for at least five years.

The good news is if you picked some investment winners, you basically get to pocket all the earnings without giving Uncle Sam anything extra at tax time. Even if you’re under 59 1/2, you can still take out your original contributions or withdraw $10,000 towards your first home purchase tax- and penalty-free as long as you’ve passed the five-year test.

Compared to a traditional IRA, a Roth is the better choice if you think that you’re going to be earning significantly more money by the time you retire. You can still chip in the same $6,000 but you don’t get to deduct it on your taxes. The trade-off is that when you do finally punch your time clock for the last time, you won’t have to worry about your tax liability increasing because of your distributions.
Tip: If you have a traditional IRA as well as a Roth or IRA CD, your total combined contributions can’t exceed the annual limit.

An IRA CD is best if you’re looking for a safe way to invest or you’re close to retirement.

An IRA CD combines the features of an IRA with those of a certificate of deposit. You get the same tax benefits that you would if you put your money into a traditional or Roth IRA and you’ll earn interest on it until the CD matures. Maturity terms vary from bank to bank and can last a few months or several years. Wells Fargo, for example, offers IRA CDs with a 12-year term.

You can designate an IRA CD as either Roth or traditional, based on whether you want to be able to deduct your contributions or withdraw the money tax-free down the line. The interest rate the CD pays is fixed and the more cash you put in, the more interest you’ll earn.

Once the CD matures, you have the option of renewing it for another term or rolling it over to another IRA account. If you cash it out before the maturity date, the bank will charge you a penalty and you’ll also be on the hook for any taxes and penalties the IRS decides you owe.

Because they earn interest at a fixed rate rather than based on market performance, IRA CDs are generally considered one of the lowest risk investment options available. That means that you won’t see the same kind of returns as you might with a traditional or Roth IRA but you’re not going to lose money either. For instance, if you put $1,000 into a 10-year IRA CD earning a rate of 2 percent, you’d have nearly $1,220 once it expires. On the other hand, if you stuck that $1,000 in a Roth and earned a 7 percent annual return, your money would nearly double over that same 10-year period.

How do you decide which one to go with?

Based on the numbers, it doesn’t seem like using an IRA CD in place of a traditional or Roth really offers any advantages but they can be right for certain people. If you’re getting close to retirement, for instance, transitioning some of your savings to an IRA CD can ease fears about your investments losing value. An IRA CD is also worth considering if you’re extremely risk-averse but you want your money to grow faster than it would in a regular savings account.

Aside from gauging your personal risk level, the other thing to keep in mind is how your income affects your ability to contribute to one of these plans or deduct your contributions. For example, as of 2020 a single filer can contribute the full amount to a Roth IRA as long as they earn less than $139,000. For 2021, the deduction for traditional IRA contributions is phased out for single filers who make more than $66,000 if they’re covered by a plan at work. There’s no income limit if you’re not covered by an employer’s plan.

If you make too much money, you won’t see much of a tax bonus if you go with a traditional IRA and a Roth may be out of the question entirely. The same rules apply for IRA CDs, so the most important thing is to figure out which plans you actually qualify for before deciding on an account.