When you're trying to pay down debt in your 20s, the order you attack them in determines how much money it'll cost you. 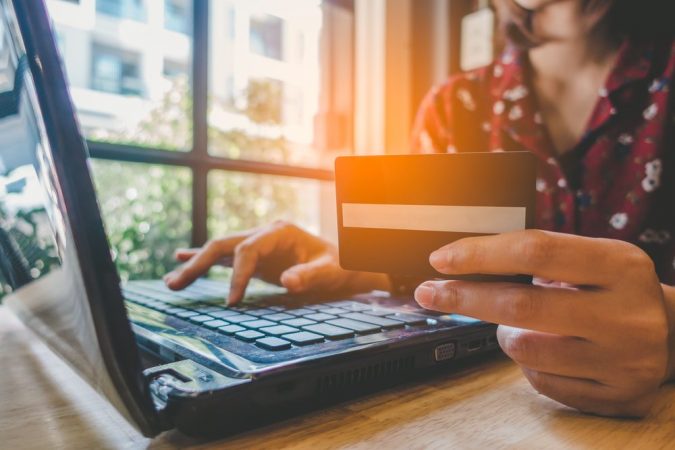 In my 20s I managed to rack up a variety of debt, including credit cards, student loans and medical bills.

While the student loans are still hanging around, the other debts have disappeared, but it took some trial and error before I figured out the best way to pay them off.

In an effort to save other debt-burdened 20-somethings some time and money, I'm running down the most expensive mistakes to avoid when paying off your debt.

Student loans are the financial equivalent of a little black rain cloud whose only purpose seems to be putting a damper on your plans.

For the 40 million of us who have student debt, getting rid of it is a must but it's easier said than done.

You'd think that with student loans acting as a barrier for millennials who want to get married or buy a home, wiping them out first would be the best course of action but you've got it all wrong.

Why? The simple answer is interest.

Your minimum payment on the loans comes to $330 a month and if you stick with a 10-year repayment plan, you'll pay about $10,000 in interest when it's all said and done.

Assuming you don't charge anything else, it would take you nearly 8 years to pay off and cost you over $4,000 in interest.

In that scenario, you're basically paying twice as much for what you originally purchased.

If you've got credit card debt that comes with a high APR, you're much better off knocking it out first and then going at your student loans full force.

Better yet, transfer the debt to a card with a 0 percent promotional rate to save even more money.

Tip: Don't forget to factor in the balance transfer fee when making the switch to a different card. This fee, which is typically around 3 percent, gets lumped into the total of what you owe.

Student loans aren't all the same and if you've got a mix of federal and private loans you're paying down, you need to tread carefully for a couple of different reasons.

First, private loans tend to carry much higher interest rates than federal loans and in some cases, they can be comparable to what you'd pay for a credit card.

If you're whittling away your federal loans but just handing over the minimum to your private loan servicers, you're again making the same mistake outlined in #1 and unnecessarily paying too much in interest.

The other reason to focus on private loans first is that you may be able to get some of your federal loans forgiven.

If you're working in a public service career, for example, your loans are automatically wiped out after 10 years of making payments.

Income-based repayment programs also offer forgiveness as a possibility but stretching your payments out for 15 or 20 years is going to cost you more in interest.

However, it's still something to consider if you're stuck in a situation where you're not making a lot and your monthly payments are eating up a lot of your paycheck.

Tip: If you're stuck with private loans, refinancing them can result in a lower rate and reduce your monthly payment.

We've already established that putting credit cards at the top of your debt payoff list makes sense when you're drowning in interest but how do you decide which one to attack first?

The Dave Ramsey school of thought advocates starting with the card that has the smallest balance so you get that psychological boost from clearing the first debt, but it comes at a price.

Again, it all goes back to the interest.

Sure, getting rid of a $500 debt gives you a quick rush but it's short-lived if you're still spending that same amount each month in interest to service your other debts.

If your goal is to save money, always start with the highest interest debt first.

4. Paying off debt with debt

Health insurance is mandatory these days but that doesn't mean you're not going to have some out-of-pocket expenses from time to time.

If you've got a big medical bill, it may be tempting to slap it on a credit card or take out a personal loan to make it go away but that's actually taking a step backwards in the debt payoff process.

If you know how to negotiate, it may be possible to haggle some of the cost down with your health care provider.

Many doctors and hospitals offer various programs, medical bill assistance and payment plans that don't come with the huge interest a credit card would.

There are even charity care programs for people who don't earn a lot of money. Don't make your medical debt any more expensive than it already is.

Making mistakes in your 20s is natural but you must take a look at your interest charges and know which one is highest, so you know what to pay off first.

If you don't want to go down the same time-consuming and expensive debt payoff path I did, getting your priorities in order is the first step.

Checkout these new top banks that people are talking about: