8 Financial Issues to Watch Out for In a Relationship

Dating someone is exciting and fun -- but not if your mate is a financial disaster. Watch out for these financial deal breakers. 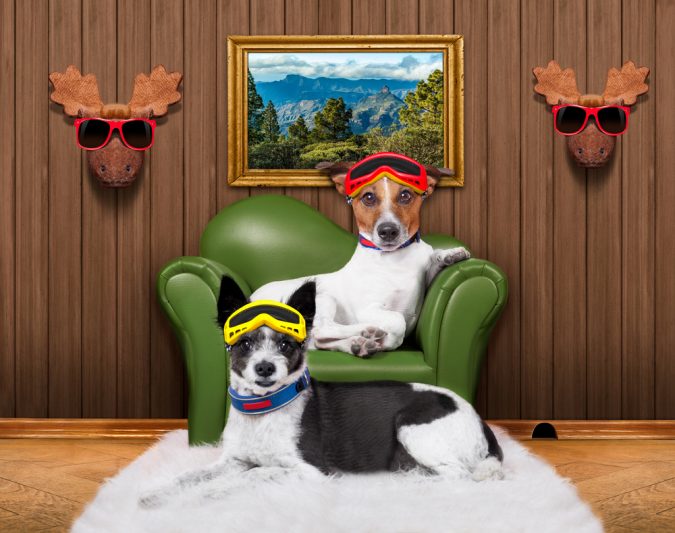 Think back to when you first started dating. What were the deal breakers -- the personality traits, habits, behaviors -- that would have caused you to break up with your significant other? Too much partying? Smoker? Now think about the deal breakers that you have today. Doesn’t want kids? No job?

For people who are looking to settle down, many of the deal breakers that would an end a relationship involve money and finances. And it makes sense. You wouldn’t want to get married to someone who is a reckless spender or can’t handle his or her money.

Here are a few financial deal breakers to watch out for when scoping out a potential mate:

Millions of American have debt, some have really bad debt. Having debt from attending school, paying for a house, or buying a car isn’t necessarily a bad thing (unless you already have five cars and houses). The deal breaker is when you have bad debt and aren’t doing anything to decrease it.

No one wants to get married to someone who is weighed down by a lot of debt and not taking demonstrable action to pay it down. Because you might find yourself in a situation where you’re helping to pay off your mate’s debt -- and taking on financial responsibilities that you shouldn’t. So if you find out your significant other has, say, bad credit card debt and is neglecting paying it off -- it’s time to walk away.

When you ask someone what they do and they respond that they’re "in between gigs" or "keeping their options open" -- it’s a red flag. Unless he or she has a sweet freelancing gig or just graduated from college, those words are a deal breaker because it likely means your date has no job. And you are really going to put up with that?

To be fair, there are many Americans out of work right now, so someone who is unemployed might not be a complete deal breaker (though is it really a good idea to be dating at a time when you should probably be saving your money). But someone who doesn’t have a steady source of income (mommy and daddy’s checks don’t count) needs to go. If they're asking to borrow money early on the relationship, it's a bad sign. You don’t want to take on the responsibility of helping him or her pay their bills as you’re trying to build a future together.

Along with having an unstable income, watch out for someone who has a lack of ambition. If your mate is happy working in their 9-5 every day earning a low wage, that doesn't really bode well for your financial future together. A recent study released in the Journal of Family Issues found that women were more likely to get divorced when they earned 60 percent or more of the family’s income. We're not advocating that you date someone who makes six figures or leave someone who is passionate about their low-paying job, but don't date someone who shows no drive in their passionless job or has no desire to improve their financial situation in some way.

OK, bankruptcy itself isn’t a total deal breaker. It’s certainly a red flag. Why did he or she declare bankruptcy in the first place? The real deal breaker is how they’re handling their finances post-bankruptcy. The answer better be that they’ve learned their lesson and are now financially responsible. If it’s not, give them the heave-ho.

In a survey of 1,000 adults from FreeCreditScore about 30 percent of women and 20 percent of men said they wouldn’t marry a person with a low credit score. About 57 percent of men said credit scores play into their dating decisions while 75 percent of women said they consider the numerical rating. Money management is clearly important to some Americans. And it’s easy to see why. Someone with bad credit could hurt your ability to get a home loan or lower interest rates. Bad credit is a sign of financial irresponsibility -- and that’s not something you want to deal with as you look at your (financial) future.

Who doesn’t need to some retail therapy every now and then? The key words: every now and then. If you are dating someone who is spending luxuriously every day, watch out. Unless they are rich, chances are you’re dating someone who is a chronic overspender. Does your lover have a fancy car, clothes, and house without the job or means to pay for it all? Does he or she shop, shop, shop and swipe, swipe, swipe their credit card? And do they then forget to pay their bills on time or ask you to borrow money? Then it’s time to leave. You don’t want to get involved with someone who easily overspends on things they don’t need because that’s a sign that they are not very financially responsible with money.

On the opposite extreme of an overspender is someone who doesn’t spend at all. It’s great if someone is financially responsible and good with their money, but someone who just wants to stash their money away without living every once in a while isn’t very fun. You only live one -- and you can’t take any of that money with you when you go. That said, it’s important for everyone to spend their money in a responsible way. If your mate is saving money for a big-ticket purchase, it’s understandable why they wouldn’t want to spend. But don’t be a Grinch or a cheapskate just cause you don't want to spend, ever.

Your mate won't tell you if they have been charged with identity theft or fraud before? Walk away. Don’t do it. On a more serious note, if your mate is hiding things from you and unwilling to talk about money or finances after you've been together for a while, it's a serious red flag. Someone that secretive and unwilling to communicate is probably hiding things that might ruin your budding relationship.