What is The Cost of Raising Kids Up to the Age of 18: What Nobody Ever Tells New Parents

MyBankTracker took a look at some of the unexpected costs that crop up while raising kids so prospective parents can plan for the unplanned. 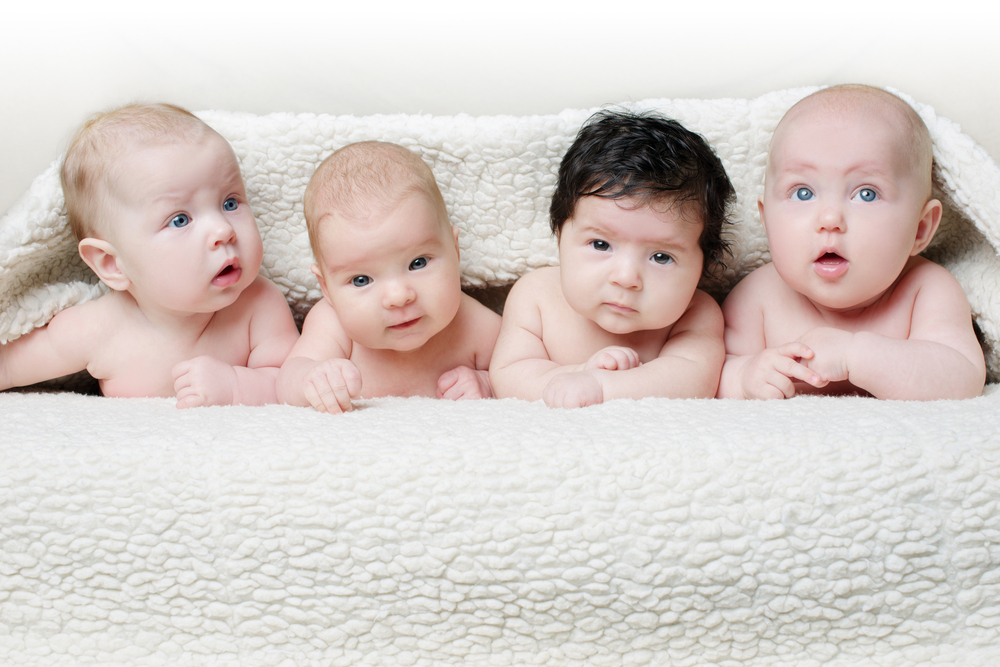 Raising a family is, for many people, the ultimate dream. You find a great partner, commit your lives to one another, and begin thinking about turning your twosome into a family of three, or four, or more.

It can feel like the culmination of everything else you’ve done in your life - working hard in school, getting a good job, searching for someone who is not only a romantic match but also has the potential to be a great mom or dad.

Once all of that’s in place, maybe you start daydreaming about the color of your future son’s or daughter’s eyes, what your kids will be when they grow up, what your family vacations will be like.

You begin thinking about the logistics and start envisioning yourself as a parent. To your surprise, the notion doesn’t seem as distant as it did a couple years ago.

When it comes down to actually preparing for a baby, that’s where things can get overwhelming, especially when you start talking about financials.

The U.S. Department of Agriculture estimates that raising a child to the age of 18 costs an average of $245,000, which seems a staggering sum on the face of it. But that figure doesn't nearly cover the potential eventualities.

MyBankTracker took a look at some of the unexpected costs that crop up while raising kids so prospective parents can plan for the unplanned – as much as is ever possible with children.

The numbers aren’t meant to scare you off becoming a parent, but rather to help you think about areas in which you might want to start saving before the stork delivers that first bundle of joy.

The staggering price of health care

We’re not just talking about standard check-ups and vaccinations here, although those, too, can be pricey if you don’t have insurance.

It’s also important to consider the less-obvious gamut of healthcare costs, things nobody ever tells you, from pre-natal appointments, to delivery, to infant care, and all the way through to adulthood.

Most insurance plans cover pre-natal appointments as part of preventive care, but women who don’t have coverage can expect to pay $2,000 for check-ups and essential vitamins, according to Webmd.

The site also recommends starting a vitamin regimen before getting pregnant, as the nutrients in pre-natal supplements are important to the baby’s health.

Women who are in low-income situations may be able to enroll in Medicaid or other government programs to help with these costs.

Parents Magazine estimates the total cost of pre-natal, delivery, and post-partum care to be about $8,800, although that number can increase significantly depending on the mother’s circumstances.

C-section births are costlier than vaginal births, due to extended time in the hospital, increased risks, and other needs associated with the more complicated procedure.

Not all insurance plans will finance fertility treatments, and a round of IVF can cost between $11,000-$12,000.

Some clinics offer financing for women who can’t pay the full cost outright, but it’s worth keeping these costs in mind and planning for them if you think you might need assistance conceiving.

If your child is born with special needs, he or she will likely need to help from specialist doctors and caretakers, as well as a number of medicines, therapy, and other assistance.

Writer Jeff Howe addressed the financial challenges of caring for a developmentally challenged child in a piece for TIME.

He spoke of both the monetary impact of providing for his son, who suffers from several disorders, as well as the emotional, saying “Finn is my son, and I love him.

It has come as unwelcome news, then, that it’s not clear how we’ll afford to give him everything he so desperately needs.” Harvard researchers reported that the lifetime costs of caring for an autistic person who also has intellectual disabilities is $2.3 million, accounting for medical and educational expenses.

And that doesn’t touch on the host of other potential conditions that can impact a child.

Of course, you don’t have to have $2 million socked away before your baby is even conceived just in case they end up having unanticipated medical needs.

But establishing savings for both expected and unexpected expenses before having children can be an incredible help if problems arise.

That emergency fund will allow you to focus on your health and that of your family rather than panicking about where the money for treatments and other necessities will come from.

You can’t predict every medical crisis your child may have, but being able to address them head on when they happen will help you provide security for your kids when they most need it.

The creeping cost of education

Even if you plan to send your child to public school, don’t underestimate this category. Tuition fees may not be an issue (until it’s time for college), but a number of costs creep up when deciding what to do about your child’s education.

In addition to standard school supplies, such as backpacks, pencils, notebooks, and lunchboxes, your child will likely want to get involved in extracurricular activities.

While some may be school-supported, competitive sports and arts programs often require out-of-town travel, special uniforms, and additional time commitments from you and your partner.

This can become a strain if you have more than one child involved in different programs, so it’s worth setting money aside for their future interests well before it’s time for them to join that competitive cheerleading squad or year-round traveling soccer team.

As your kids get older and school subjects become more challenging, they may need tutors in different areas or for standardized tests such as the SATs.

Even if you opt for alternative education models such as homeschooling or unschooling, you’ll need to purchase supplies and may feel even more inclined to enroll them in local sports or arts programs to give them an opportunity to connect with other children.

Homeschool.com notes that pre-set programs, which are optional, become more expensive as children get older, so you have time to prepare for those costs while your kids are still young.

As your family expands, so will your household needs.

The bungalow or starter home you purchased may start to feel a little crowded as your first, second, or third child is born, and eventually, you may want to put on an addition or buy a new house altogether.

And that decision isn’t as simple as, “we need a bigger place.” It encompasses the need for additional bedrooms, play areas, and perhaps a yard, not to mention considerations about local school districts and amenities, according to Forbes.

Those can all create a much steeper price tag than you initially expected, so padding a “future home” account over the course of several years can provide you with much greater flexibility when you’re ready to move.

A couple can spend nearly $900,000 raising two children to the age of 18, and that’s before college tuition and any financial support you provide the kids while they get on their feet in adulthood.

That number is complicated by the fact that having two children makes it more likely that the mother will either leave the workforce or scale back her hours to care for the kids, increasing the burden on the father or leaving the family with less money to cover expenses.

But if these costs are freaking you out, don’t panic. Many of these are lifetime costs, so you don’t have to fork over a quarter of a million dollars the day your son or daughter enters the world.

Talking money when you’re thinking about having children can seem like a huge mood-killer, but it’s actually the most responsible thing you can do for your future family.

Rather than abandon your dreams of parenthood, financial planning puts you in a position to better care for your kids and make good decisions about their futures.

Hashing out your priorities with your partner before that first baby is on the way will also strengthen your relationship.

Making decisions about schooling, how you’ll handle income changes, what you can afford for daycare, and how to start saving for potential healthcare needs gives you a foundation to rely on once the baby is born and these issues go from theoretical to very, very real.

You’ll also uncover any differences of opinion on how your kids should be raised and which areas of child-rearing deserve the most preparation, so you can work those potential problems out before they negatively impact your progeny.

A unified financial front brings stability to your kids’ home lives, so it’s never too soon to start thinking with their best interests in mind.

<p>Really having children and nurturing them is not easy, it is just like an ordeal for parents</p>