Financial stability is a feat in itself but having your emotions block your freedom can be a real pain. Find out how your emotions could be blocking you. 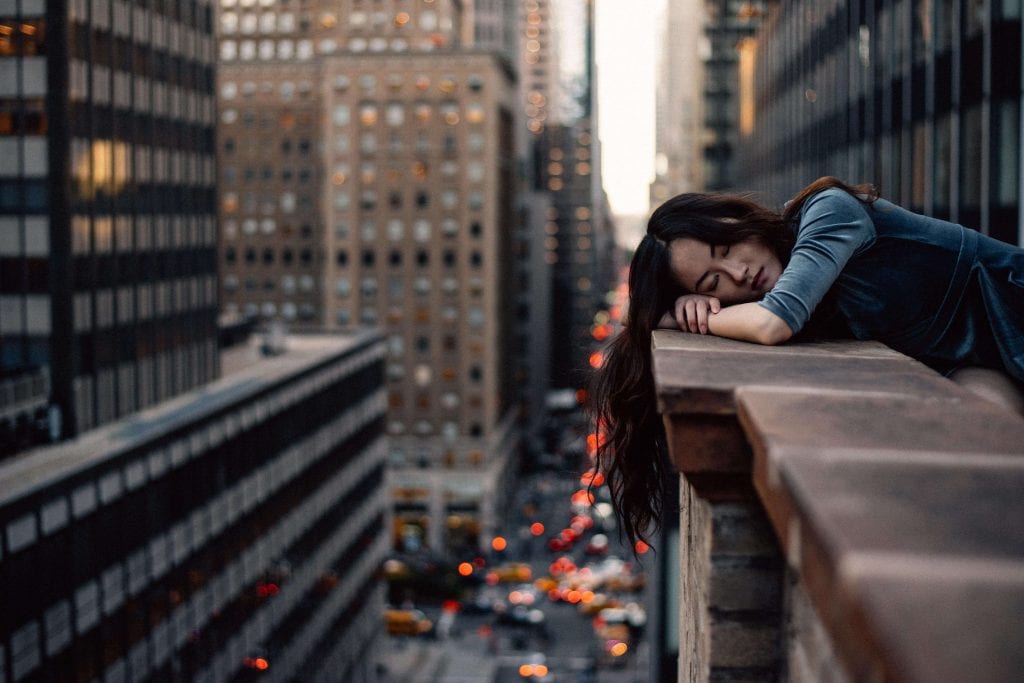 During the fifty mile trek through the California desert to my poorly paying job, I had plenty of time to dwell on my growing financial stress. The anxiety was sitting heavy in my stomach, and fear had lodged itself in my chest. Preoccupation kept me from seeing the massive rock in the road. Less than five minutes later, my car came to a rolling stop at the base of the freeway on ramp. With a dying cell phone and a flat tire, panic took over.

Ironically, being consumed by the emotions surrounding my current financial situation had caused a series of events that only added to the worry. Not only was I potentially going to miss day two of my new job, but I would need to replace my now shredded tire. It was a physical representation of my internal struggle, one I had been dealing with for years.

I’ve always been a money worrier with bouts of anxiety. Even when I had enough to take care of financial necessities, I would worry over the state of my savings account. The thoughts have always been the same: I’m not prepared for the unexpected and there isn’t enough to go around.

Sometimes this emotion plays out in relatively positive ways. For instance, I tend to be conservative with my money and always keep one eye on the future. But sometimes it makes me hoard money that should be invested and skip spending on essential things -- like my health -- when I know I should.

When emotions are present, especially in dealing with money, logic can quickly be pushed from the driver’s seat to the passenger’s seat. This move can be seamless if you don’t recognize the emotions as they arise, understand why they’re there, and start working to flip a potentially negative money action into a positive one.

If you have trouble making the connection between what’s in your bank account and what’s in your mind, consider this: We have access to thousands of resources about money on a daily basis. A simple google search on any financial topic will likely provide the information necessary to make a financial decision or change a habit. But taking in information doesn’t immediately lead to action. In fact, often times it never leads to action.

Because there is something else at play.

Emotions are the culprit. So how can you begin to turn the tide on your money emotions? Start recognizing them when they arise.

Large purchases paid for in one lump sum can drive me into a black hole of worry. Paying for things in installments? That does wonders in pacifying my money worry. Maybe certain conversations or memories trigger you. Recognizing where your triggers are can make money emotions more manageable when they arise.

Face them Head on

I’ve learned that avoidance doesn’t make money emotion go away. It just allows it to lay dormant for a little while. Facing money emotions head on will allow you to understand what they are and where they might be coming from.

If you know emotions are driving your money thoughts, give them space to dissipate before moving forward with decisions or actions. Time can do wonders in shifting thought processes that seemed concrete before.

Once you’ve recognized your common money emotions, it’s time to determine their repercussions. Because here’s the thing: Money emotions can either create roadblocks or pave pathways.

How do your Emotions Build Roadblocks?

One of the biggest problems with negative money emotions is their strength in overcoming willpower and logic.

According to Maggie Baker, Ph.D. and author of “Crazy About Money: How Emotions Confuse Our Money Choices and What to Do About It,” “Research has found that negative money emotions hit us with an intensity that’s two-and-a-half times as strong as positive emotions because they are signaling a disturbance you should tend to.”

That means when negative money emotions hit -- like jealousy or anxiety for instance -- we feel the need to “solve the problem” as soon as possible. This might mean making an unplanned purchase or getting out of the stock market during a downswing. These actions can lead to roadblocks on the path to financial success like overspending or failing to grow wealth.

In my case, diving into the emotion of worry is a roadblock if it leads to inaction.

When I worked for a public pension fund, I learned a lot about investing and how to grow wealth. I had the basic knowledge necessary to start investing, but anxiety and worry told me not to. Instead, I left my money stagnant in a savings account earning less than 1% interest because market volatility scared me.

If there’s a gap between what you’re doing and what you know you should be doing, emotion is likely somewhere in the middle. But there are a few things I have found to obliterate these roadblocks.

Turning financial tasks into bite-sized tasks takes away some of the emotional overwhelm. If emotions are making you overspend, maybe it’s a matter of cutting up your credit cards and sticking to a cash allowance. Or using an app to stay connected to the state of your finances at all times.

Recently I noticed fear was the reason behind my complacency in handling my business finances. I was fearful because I was convinced I didn’t know what I was doing. So I started small and reveled in the accomplishment I felt after each completed step. This could be something as small as opening up an account or transferring money into my SEP IRA. Every little thing counts.

Sometimes we don’t know why an emotion is present or what it is driving us to do. So take a minute to write it out. “I’m experiencing fear because ________ and it’s causing me to do _________.” When you see it simplified, it can be easier to create a logical plan to overcome it.

How do your Emotions Pave Paths?

It might seem like emotions should have no part in finance, but that’s not necessarily the case.

As Illana Simons Ph.D. points out, there has always been an evolutionary need for emotions. “...emotions have helped us survive. When we lived in the wild -- with monkeys and mastodons and tigers -- we needed emotions in order to react quickly to dangerous stimuli. If faced with a tiger, it’s better to be rocked with a fear so strong it triggers a rush of blood than to sit around and theorize about the threat.”

The dangers we face in modern society aren’t normally of the physically variety. But money, in the sense that a lack of it could prevent us from establishing safety and security, is still a real threat in our minds.

Fear in facing a wild animal can spur action. Fear in regards to money can help us recognize financial danger, establish a new plan, and work to protect what we’ve accumulated.

My tendency to worry about money has made me a consistent saver. Even when I didn’t know what I was saving for or didn’t have a significant amount left over after bills, I saved. This action helped me to pacify the emotion and fund every big financial move I’ve made since the age of 18.

But sometimes the positive side of experiencing emotions around money has nothing to do with improving your financial state.

If you’re making impulse purchases and spending beyond your means out of jealousy, that’s not strictly a dollars and cents issue. That’s a self worth issue. Banning credit and using cash might help, but it doesn’t address why you’re feeling jealous in the first place. Work on improving your self worth, the root problem, and the symptom of overspending will dissipate on its own.

If you’re always operating from a place of fear with your finances, maybe seeing how your parents interacted with money planted this seed. Exploring this and being able to discern when your money emotion is from present day events or from past traumas, can lessen the power of fear.

Learning to Work with your Money Emotions

Much of my adult worry over money stems from seeing my parents struggle. The recession wreaked havoc on their finances and I found myself slipping deeper and deeper into a fear-based mindset.

Learning to separate this emotion from the logic of what I should do with my finances is sometimes still a struggle. But knowing the root cause of why it’s there can make all the difference.

Emotions, when channeled in the right way can actually lead to breakthroughs and lasting change. And the more you recognize how emotions play a part in the way you manage money, the easier it becomes to redirect the energy they create.

About the author Kayla Albert
Kayla Albert is a writer and content strategist committed to helping others build a solid financial foundation in order to live their best life possible.
Add a comment