Negative Interest Rates: What It Could Mean for Your Mortgage and Savings?

Find out what could happen to your mortgage and savings if the Federal Reserve decided to set negative interest rates on the American economy. 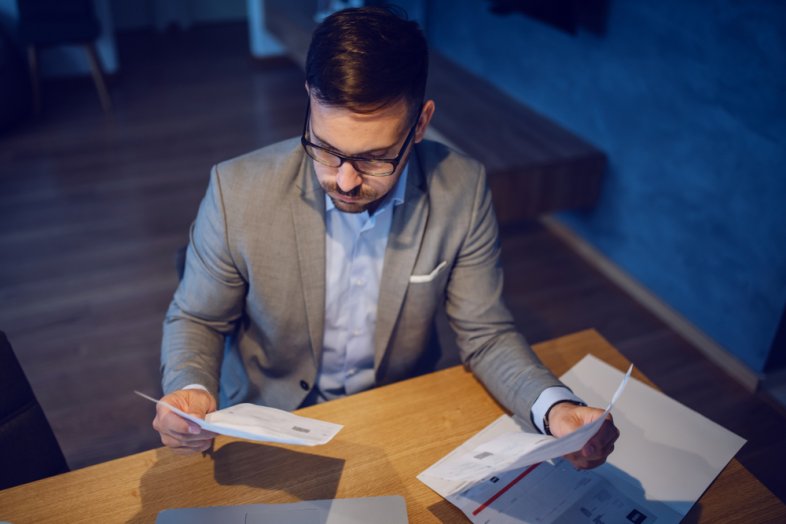 Banking and interest go hand-in-hand. Sometimes, you can’t think of one without the other.

People getting a loan often shop around and compare rates. And when opening a deposit account, they seek banks that pay higher interest rates.

So when you think about interest, you probably don’t think in terms of negative rates.

Negative interest rates might even be a concept that you’ve never heard of.

Wen the economy is struggling and the U.S. Federal Reserve (America’s central bank) cuts its key rate, this can push rates down below zero—although rare.

Here’s an explanation of negative interest rates, as well as what this means for mortgages and savings accounts.

What are Negative Interest Rates?

When you apply for a credit card or take out a loan with a bank, credit union, or other financial institution, it’s normal to pay interest.

Many consumers expect this.

So much so that they might question any loan advertised at zero percent interest.

Interest is basically a fee borrowers pay for the privilege of borrowing money from a bank. Interest rates vary and fluctuate based on the market.

But interest isn’t only something that consumers pay. Banks and other financial institutions also pay interest to its account holders.

This happens when you open a savings account or an interest-bearing checking account. Savings accounts include regular, high-yield, certificate of deposits, and money market accounts.

When customers keep their cash in the bank, the financial institution uses these funds to make loans. And in exchange, they pay interest to their depositors.

So basically, interest benefits both banks and depositors.

This central banking system will increase or decrease interest rates as needed to help stabilize the economy.

Several factors influence the Federal Reserve’s decision to adjust rates. When the economy shows signs of slowing down, the Fed may lower interest rates.

This move entices businesses and consumers to take out loans and spend their money. This has a domino effect and helps stimulate economic growth.

At times, though, the economy grows too quickly. If so, the Fed will increase interest rates to slow down spending and borrowing, and in turn, slow down inflation.

Simply put, interest rates in the United States are already at historic lows. And have been for quite some time.

But despite low rates, many economists fear that a recession is on the horizon.

A recession is a period of significant economic decline for a period of at least six months. Lowering interest rates can potentially head off a recession. However, the Fed’s benchmark interest rate is already low.

If the central bank continues to reduce interest rates to help stimulate borrowing and growth, rates could very well hit zero or below zero.

In a negative interest rate climate, the Fed would charge banks a monthly fee for keeping their money in the Fed.

Banks don’t want to pay a fee, so it’s more advantageous for them to lend money—albeit at a low rate.

This scenario might be new to some U.S. consumers. But a negative interest rate isn’t a ‘foreign’ concept.

In fact, in 2019, Danish banks made this economic move.

These rates encourage people to borrow money since it’s never been cheaper to get a loan. Increased mortgages and home buying help increase home prices.

Of course, banks have to stay in business somehow.

They normally do this by charging interest on loans. So in the event of a no-interest loan, in most cases banks would charge other loan fees to compensate and make a profit.

But even with other fees, a negative interest rate still means that many mortgage borrowers will pay back less than they originally borrowed.

Similar to the Danish economy, negative rates could also encourage home buying in the U.S. This could drive up home prices and help stimulate economic growth.

This would be an excellent time to purchase a home or refinance their existing mortgage. Negative interest rates wouldn’t be a permanent fixture in the U.S. economy, though. But rather a short-term fix.

There’s no way to predict how long negative rates would remain—weeks, months, or years. So the sooner a consumer acts, the better.

Many U.S. consumers might jump at the opportunity to buy a home if rates become negative.

But a below zero (or near zero) interest rate isn’t good news for savings accounts.

This would make it extremely hard to save money. And consumers would probably have to pay to keep their money in the bank.

If interest rates become negative, banks have to pay a fee each month to keep their money at the Fed. Banks would most likely pass these costs to their customers.

They’re missing out on interest earnings and paying a fee to stash their money in the bank.

Being forced to pay extra fees to their bank every month could prompt some people to pull their money out of the bank and hoard physical cash at home.

This can also contribute to an economic slow down since that’s less money a bank can lend out.

Now granted, banks might not charge all consumers a fee for keeping their money in the bank. Banks may only charge these fees on large deposits, such as in situations where a depositor has millions of dollars in their account.

As a consumer, you don’t have a say in how savings account rates perform.

Negative interest rates on savings accounts also encourage consumers to spend their money rather than save it.

And of course, increased consumer spending is another factor that contributes to economic growth.

When consumers pull their money out of the bank because they don’t want to lose it, their cash becomes more accessible. In turn, there’s more temptation to spend it.

To protect your savings, it might be a good idea to keep your money in the bank. But look for a bank that’ll offer ‘some’ return on your money.

The bottom line is yes.

But at the same time, this is extremely rare and uncommon. And according to economists and investors, the economy would have to be in serious trouble for the Federal Reserve to reduce interest rates below zero.

Not that this can’t happen, but it is unlikely.

A more likely scenario would be the Fed reducing rates to zero or near zero. Monitoring the economy, and then considering a drop below zero.

Either way, understanding the risks and how negative interest rates can affect mortgages and savings accounts allows time to prepare mentally and financially for change.

A lot can happen within the next year, in which case, the economy could strengthen.

But if not, history has shown repeatedly that low interest rates are an excellent way to stimulate borrowing, spending, and revive a slow economy.

<p>This was great information and explained in easy to understand terms.</p>