Find out which banks offer the best 18-month CD rates to help you build savings within the short term. Compare certificate of deposits with other CD terms. 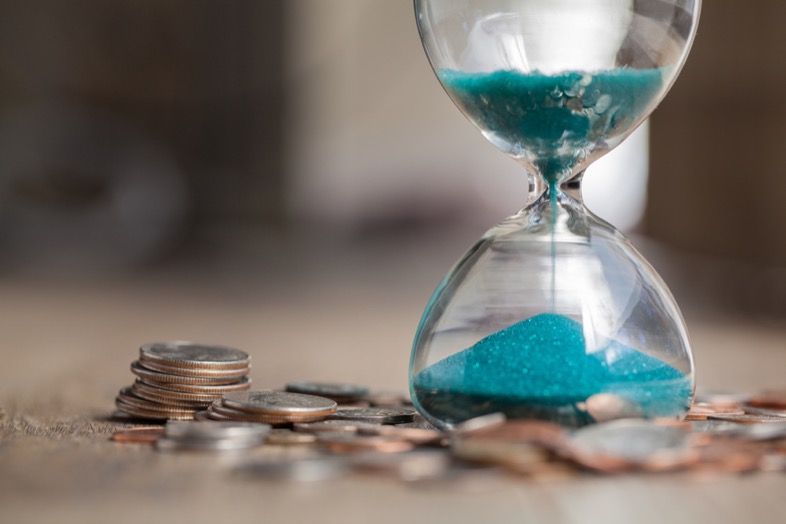 Everyone has goals in life, but many of those goals require money.

If you have some money that you want to put toward a goal that you’re hoping to achieve in the next year or two, what’s the best thing to do with that money?

Certificates of deposit (CDs) are financial tools designed to help people set aside some spare cash for a set period of time.

When you make your deposit, you make a promise not to withdraw money from the account for a set period of time. In exchange, the bank will give you a higher rate of interest than you’d receive from a savings account.

If you want to save money in a secure way for a purchase that’s a year and a half away, an 18-month CD is a great way to d it.

To help you get the best return on your money, we surveyed more than 6,000 banks in the U.S. to identify the best 18-month CD rates available.

Often, you can find the best CD rates at lesser-known banks. Many of the banks on our list are online banks.

This is good news because it means that anyone can open an account. All you need is a Social Security Number and a U.S. mailing address.

Where to Find the Best 18-Month CD Rates

When you want to open a new CD, you’ll see that most banks offer a variety of different CD options, each with its own term and interest rate.

Among CD providers, online banks tend to offer the best rates for CDs with similar terms. They are able to do this because they have far lower overhead costs than physical banks.

When you find a physical bank that offers a high interest rate for CDs the rate is usually part of a promotion and will only apply to short-term CDs.

One of the most common reasons that people pen a CD rather than a savings account is that CDs offer more interest.

Any 18-month CD that is worth opening will pay a higher rate than even the best online savings account.

The other interest-rate benefit of CDs is that your rate is locked in once you open the account. If rates go down, banks can change the interest rate of your savings account at any time.

Once your CD is opened, the bank cannot change the rate it pays you, which means that you’ll know exactly how much interest you’ll earn.

One con of CDs, the fact that you cannot make early withdrawals, can actually be considered a benefit.

If you make a withdrawal from an 18-month CD before the 18-months has ended, you’ll have to pay a penalty.

This is a good incentive to keep your money in the account, which can stop you from spending the money for something other than it’s intended purpose.

Not designed for easy withdrawals

As we just mentioned, if you make a withdrawal from a CD before it matures, the bank will charge an early withdrawal penalty.

Before you open an 18-month CD, you should take time to think about this. Tying up your money for 18-months can be a commitment.

If you run into a financial emergency during the 18-month period, you won’t be able to access the money in your CD without paying a penalty.

If you already want to open a CD, opting for a longer-term CD, even one that’s just a few months longer, lets you lock in your interest rate for a longer period of time.

If rates drop, this means that you’ll come out ahead.

Longer-term CDs also pay higher rates, so committing your money for an additional six months can help you earn a bit more interest.

CDs with longer terms are less flexible than short-term CDs.

Instead of being able to withdraw money from the CD once each year, you only get the chance once every year and a half.

This increased commitment means that you have less financial flexibility.

When opening a CD, you can choose from a huge variety of terms. Some banks offer CDs with terms of 5 years, 10 years, or even longer.

One downside of CDs, especially long-term CDs is something called interest rate risk. Interest rates are constantly changing, but when you open a CD, the interest rate that you’ll receive for the life of the CD is locked in.

With a short-term CD, there isn’t much opportunity for interest rates to change.

With longer-term CDs, rates can move by huge amounts.

For example, in 2006, the Federal Funds Rate, which many other interest rates are based on, was 5.25%. Ten years later, the rate had dropped to less than .5%.

If rates drop, you continue earning the same rate, which is good. But the opposite is also possible. Interest rates can rise. If that happens, you’ll be left with a CD that’s earning a lower interest rate than newly opened CDs, with no way to get your money out of the CD without paying a penalty.

The longer the term of a CD, the more likely rates are to change significantly, meaning you have a higher risk of rates increasing during the life of your CD.

When you put money in a CD, you’re making a commitment to keep your money in the account for a set period of time.

At most banks, the penalty that you’ll pay is equal to an amount of interest that you have earned or that you would have earned. The longer the term of the CD, the larger the penalty.

For an 18-month CD, the penalty is typically six months’ interest.

Because of these penalties, it is possible to lose money by opening a CD. If you have to make a withdrawal before the interest that you’ve earned exceeds the penalty you owe, you’ll have to pay the remainder of the penalty out of principal.

In some cases, it is possible for the bank to waive the penalty.

For example, the fee can be waived if you make a withdrawal within just a few days of opening the account.

Many banks will also waive the fee in the event of the CD owner’s death.

When Does it Make Sense to Open an 18-Month CD?

Opening an 18-month CD makes sense in a number of situations.

One good reason to open an 18-month CD is when you’re building a CD ladder.

18-month CDs are also great for saving toward short-term goals, like a vacation or a down payment on a car. If you have some cash to set aside today, put the money in a CD. When the CD matures, you’ll get the money back, plus interest, and can put it toward your goal.

18 months from the day that you open your CD, the CD will mature. This gives you a chance to make a withdrawal from the account.

If you do want to make changes, take this opportunity. If you don’t make a withdrawal within a set period of time from the CD’s maturity date, most banks will roll the money into a new CD with the same term. That means you’ll have to wait another 18 months before you can make a withdrawal without paying a penalty.

When you deposit your money to any kind of bank account, you want to know that your money is safe.

The good news for CD holders:

The FDIC protects CDs just the same as checking and savings accounts.

FDIC insurance applies on the first $250,000 per account type, per depositor, at each bank. That means that if the bank goes under, the FDIC will reimburse you for the money that you lose, up to $250,000.

It is very rare for a bank to fail and for the FDIC to need to step in, but it’s a good thing to know.

If you have more than $250,000 to deposit, it could be worth opening CDs at multiple banks to take advantage of the fact that you get up to $250,000 of insurance at each bank.