Find out where you to get the best 3-year CD rates to save for mid-term savings goals and compare them to certificates of deposit with other maturity terms. 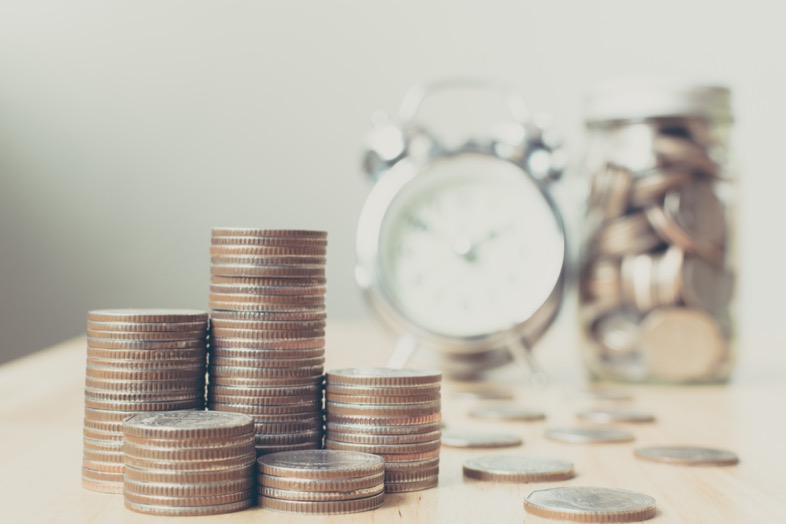 For a more targeted approach to savings, you might consider a certificate of deposit (CD) because you earn high interest rates for not touching your money.

Among the options are 3-year CDs, which are medium-term CDs that do a good job of covering the gap between shorter-term CDs, such as 1-year CDs and longer-term CDs such as 5-year CDs.

A 3-year CD could be used to set aside funds for a specific purpose in the next few years.

We surveyed more than 6,000 banks in the United States to help identify the best interest rates available for 3-year CDs.

You can open one of these CDs from anywhere in the U.S.

All you need is a Social Security number and a U.S. mailing address. (For the online banks, you'll also need to link to a separate bank account to deposit new funds.)

Where to Find the Best 3-Year CD Rates

When you’re looking to open a new CD, you’ll find that most banks offer multiple CDs, each with its own term and interest rate.

As is the case for most types of bank accounts, online banks usually offer the best interest rates and lowest fees for 3-year CDs.

The cost of maintaining a physical presence through ATMs and branches makes it hard for traditional banks to compete on rates.

When they do, their rates are usually promotional, hard to qualify for, or otherwise limited.

3-Year CD vs. a Savings Account: Pros and Cons

Most 3-year CDs straddle the line between short and long-term CDs.

You’ll want to think about the interest rate you’re locking in when you open the CD.

If you’re lucky, rates will stay the same or go down, which means that your locked-in rate will be a good thing.

Trick yourself into saving

When you open a CD, your money is stuck in the account for the CD’s full term.

If you want to put your money somewhere where you can’t be tempted to spend it, a CD is a great place to put it.

Not for easy withdrawals

When you open a CD, you’re committing your money to the account for a set period of time.

You can’t make a withdrawal until the CD matures, which means you’re tying your money up for 3 years when you open a 3-year CD.

Tying your money up for that long an amount of time is a big commitment.

If you encounter a financial emergency or another event that requires quick access to cash, having all your money stuck in a CD could be a bad thing.

If you can’t commit to a 5-year CD but want something that pays a bit more interest than a 1-year CD, then a 3-year CD is a good middle ground.

Interest rates are always changing, and you have no way of controlling them. Your interest rate is locked in when you open a CD, which can be good or bad.

Interest rate risk is a big deal for long-term CDs.

While it’s still relevant for 3-year CDs, the risk is reduced because of the CDs’ shorter terms compared to the popular 5-year term.

With longer-term CDs, you’re making a bigger commitment and taking on more risks.

There has to be some compensation for your taking on these risks, so banks offer better interest rates on long-term CDs.

If you open a 3-year CD rather than a 5-year CD, you’ll wind up earning less interest.

One of the biggest downsides of CDs:

You have to commit your money to the account for the full term of the CD.

If you need to withdraw money from a CD before it matures, you have to pay an early withdrawal penalty, which typically is higher if your CD term is longer.

Depending on the bank, most 3-year CDs will come with an early withdrawal penalty of about 1 year’s worth of interest.

You can lose money if you make an early withdrawal before the accumulated interest exceeds the size of the penalty. If that happens, you’ll pay the remainder of the penalty out of the principal.

There are some cases in which the penalty can be waived. Usually, it will be waived if you make a withdrawal within a week of opening the account. It may also be waived under extreme circumstances, such as the death of the CD’s owner.

When Does it Make Sense to Open a 3-Year CD?

Opening a 3-year CD is a good idea in a few situations.

One good time to open a 3-year CD is when you’re building a CD ladder.

This strategy gives you regular access to cash by making sure you have multiple CDs, with one that is always close to maturing. A 3-year CD can be one run on the ladder.

3-year CDs are also great if you’re saving toward a long-term goal that you want to be able to pay for in 3-years.

Put aside your initial savings in the CD and you won’t be able to touch it until the right time comes.

One thing to keep in mind about CDs is that most will automatically renew when they mature unless you manually make a withdrawal.

When 3 years have passed from the day you opened your 3-year CD, the money will be rolled into a new CD with current market rates.

If you don’t want to roll your balance into a new CD, contact your bank to make a withdrawal.

FDIC insurance covers up to $250,000 per depositor, per account type at covered banks.

CDs, like checking and savings accounts are covered, meaning the money in your CDs is completely safe.

If you deposit close to $250,000 to your CD, your interest earnings could drive your total balance of $250,000, at which point the excess will not be covered. If this happens and the bank fails, you could forfeit some of your earned interest.

While this is exceedingly rare, if you’re at that level of assets, consider splitting your money between CDs at multiple banks to ensure that all of your money is protected by the FDIC.