Can You Use U.S. Credit Cards in Cuba?

Find out whether credit cards can be used and learn how you can pay for things during your trips to Cuba, which is becoming a very popular travel destination. 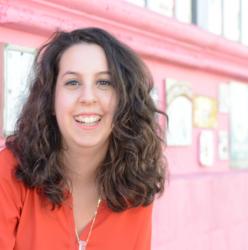 Cuba is becoming an increasingly popular travel destination as more and more Americans seek to book a trip to the Pearl of the Antilles.

While the rest of the world has been able to travel to Cuba freely for decades, it wasn’t until recently that Americans could visit the island.

Quick answer: Generally, no. The card payment infrastructure in Cuba isn't yet in place for widespread acceptance of credit cards.

Credit cards can be powerful tools when traveling, but trips to Cuba could be an exception.

Travel to Cuba Gets Easier

We need to be clear about something, though. Tourism to Cuba from the U.S. is still illegal due to the Cuban Embargo that was put in place in 1960.

Easing travel restrictions to Cuba is great news for Americans who want to visit the island, but that doesn’t mean you can just pack your bags and go.

The reality is there are still some hoops an American needs to jump through in order to visit Cuba.

As of 2014, Americans can travel to Cuba so long as they qualify under one of 12 categories for authorized travel as laid out by the U.S. These categories include visiting family, educational reasons and humanitarian efforts (your trip to Cuba is still legal, even after Trump's confusing policy changes).

With that being said, it’s not impossible to get a tourist visa to visit Cuba. Plenty of people have done it and you can now even get them directly from some U.S. airlines.

However, if you’ve got your sights set on visiting the Caribbean island, there are still some things to keep in mind as they pertain to financials.

Cuba is basically stuck in a time warp, meaning they don’t have the financial infrastructure that would make it easy for an American to make transactions on the island.

Americans may also find it more difficult to use their money in Cuba due to a decades-long embargo and a checkered past with the island.

In this article, we’re going to lay out everything you need to know about handling the financials as an American tourist in Cuba.

How to Pay for Things in Cuba

The financial infrastructure in Cuba - especially as it pertains to Americans - is a bit complicated.

There are two currencies in Cuba which can make things confusing. There is the Cuban Convertible Peso (CUC) that is tied to the U.S. dollar and the Cuban Peso that the locals use.

Be smart when with currency exchange

When you exchange money as a tourist, you’ll receive the CUC. There’s an extra 10 percent penalty for exchanging U.S. dollars, so you’re better off exchanging currencies from other countries.

This means you’ll have to exchange USD to another currency (for example, the Euro or Canadian dollar) first and then exchange it again to the Cuban currency.

Speaking of exchanging currency, make sure to do it in Havana either at the airport or at a bank in the city. Trying to do it outside of the city could take hours.

There’s also the option of using an alternative account like Revolut. This an app and card that allows you to easily use money in different countries.

From there, you can use the card anywhere MasterCard is accepted. In other words, it’s a prepaid currency card.

Will Credit Cards Work in Cuba?

While in theory you’re supposed to now be able to use U.S. issued cards in Cuba, there’s still almost no way to do it. Quite frankly, the financial infrastructure just isn’t there.

Technically speaking, since the embargo is still in place it’s also still illegal for Americans to make financial transactions on the island. This includes both Americans traveling to the island and American companies trying to do trade.

The good news is this is changing and some American companies have decided to take the risk of being the first ones to do business on the island.

The bad news is they haven’t really struck many deals yet. The two countries are basically just trying to figure stuff out and it’s going to take a while.

The only U.S. bank serving Cuba

There is, however, one U.S. bank that services in Cuba. The Cuban government recently opened a bank account with Stonegate Bank. This is a local Florida bank and their cards do work in Cuba. The downside is they have a 3 percent foreign transaction fee.

(Sadly, many of the travel cards we’ve come to know and love for their lack of foreign transaction fees do not work in Cuba.)

Stonegate Bank taking the financial risk of processing transactions between the U.S. and Cuba is actually a really big deal.

This will make it much easier for American Express and MasterCard - who have already stated their cards could work in Cuba - to process the transactions made by Americans in Cuba.

Up until this point, AmEx and MasterCard have been leery of doing business in Cuba precisely because the infrastructure isn’t there.

Granted, we’re a pretty far way off from having U.S. banks on the island, but this is a step in the right direction as the two countries try to figure out the financial infrastructure that needs to be built.

Hotels and tourist attractions are the places that are most likely to accept cards. Even visitors from other countries have had issues using their cards, and it’s much easier for them than it is for an American to make financial transactions on the island.

So what does this mean for an American traveling to Cuba? It means that, for now, you’re probably better off using cash on the island.

Other Tips to Keep In Mind When Visiting Cuba

Now that we’ve talked about the financial situation Cuba, it’s time to talk about what else you need to know about traveling to the island.

While traveling to Cuba is still a bit more complicated for Americans than for other citizens of the world, it can be done. You’ll just need to take some precautions for your finances before you go.

Hopefully, we’ll start seeing some more changes in the future that will make it easier for Americans (and others who may be traveling from the U.S.) to visit Cuba.

The problem is that trying to figure out some of the necessary steps like financial infrastructure can take a really long time.

Additionally, a lot of this may depend on what both the American and Cuban governments decide to do in the next few years.

The bottom line is there’s still a lot of stuff up in the air, so for now, Americans will have to make due with what they can when traveling to Cuba.

About the author Amanda Abella
Amanda Abella is a millennial financial expert and Amazon best-selling author of Make Money Your Honey. Through her writing and coaching she teaches millennials how they can have a better relationship with work and money. Her work has been featured in Forbes, The Huffington Post, Business Insider, and more. She has also spoken on a national level for The Financial Blogger Conference and Femfessionals.
Read more
Read less
Add a comment