Credit Card Piggybacking: How It Works to Help Build Credit

Find out how credit card piggybacking can help someone build good credit when they can't qualify for their own credit card. 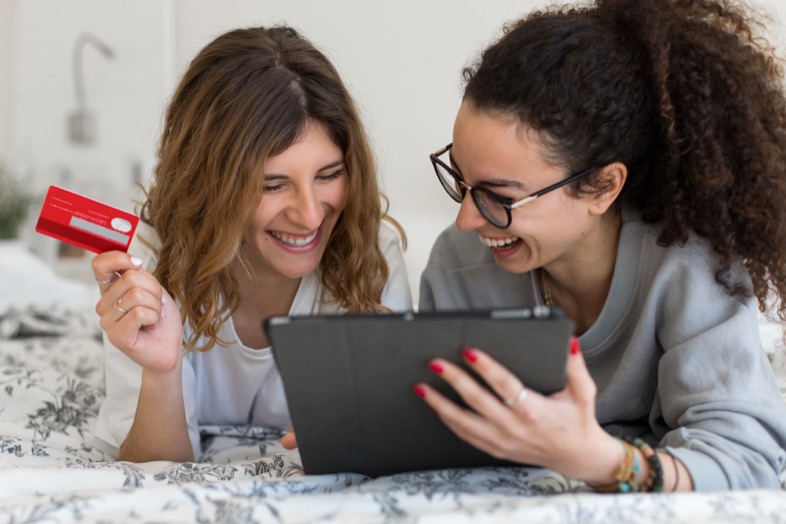 Credit card piggybacking may sound like something immoral, and possibly even illegal, but it’s actually neither.

It’s an arrangement in which one party attempts to get the benefit of the good credit rating of another by being added to his or her account.

Or in some cases, you can even be added to more than one.

Once you do, you’ll get the benefit of that person’s credit performance on the particular card. And not surprisingly, it’s a pretty common arrangement.

Where credit cards are concerned, piggybacking is becoming an authorized user on someone else’s credit card.

The basic idea is that you may not be able to get a credit card on your own, or you may want to take advantage of the other person’s good credit to help build your own.

As an authorized user, you’re able to use a credit card to make purchases and other transactions.

You’re not responsible to make the monthly payments.

In that way, piggybacking doesn’t actually measure your own loan payment history, but rather that of the primary cardholder.

Still, the authorized user status will be considered by the credit bureaus, as long as the credit card issuer reports the arrangement to the agencies. It won’t have the same effects as having credit cards in your own name, but it’s the next best thing.

This is the most common form of piggybacking.

Simply, you become an authorized user on one or more credit cards held by a family member or other relative.

In most cases, it will be a young person looking to build credit by becoming an authorized user on his or her parent’s credit cards.

The arrangement not only gives you the ability to use the relation’s credit card just as you would any other credit card, but it can also help you to build credit.

For example, if the primary cardholder has good or excellent credit, you’ll get the benefit of that status.

One of the major problems with building a credit score early is the lack of credit history.

An important advantage of authorized user status is that you’ll get the benefit of the length of time the credit card account has been in existence.

So, if the primary cardholder has had the account for say, seven years, it will appear as though you have a longer credit history than you do.

It won’t have the same impact as having a credit card in your own name, but it will add an additional credit reference, and that will lift your score at least somewhat.

Naturally, the entire person-to-person piggybacking arrangement hinges on the strength of the primary cardholder’s credit.

The primary cardholder should have good or excellent credit. If they have fair or poor credit, that will likewise flow over to your credit report, especially if it’s on the credit card you’re piggybacking on.

Since there are for-profit businesses providing just about every service imaginable, it should come as no surprise that there are companies offering piggybacking -- for a fee.

Often, they’re companies that focus on credit repair, using piggybacking as one of their strategies.

These are companies that work with people who are looking to either build or improve their credit, and who don’t have individuals whose credit cards they can piggyback on. (That can happen either because family members don’t have good credit standing themselves, or because they simply refuse to extend authorized user status to anyone.)

For-profit piggybacking largely accomplishes the same objective that the person-to-person variety does.

But it comes with four significant differences:

Let’s take a closer look at each of the four significant differences between for-profit piggybacking and person-to-person piggybacking.

As good as the arrangement may seem, you have good reasons to have second thoughts about it.

The fee alone will probably stop most people from taking advantage of for-profit piggybacking.

It can range anywhere from a few hundred dollars to a few thousand dollars. If you don’t already have established credit, or you have poor credit you’re looking to improve, there’s an excellent chance you won’t have the money to pay that kind of fee.

A single piggybacking arrangement is unlikely to be sufficient to seriously improve your credit score.

You may need two or more, which will raise the cost substantially.

You’ll also need to be comfortable being on an account with a complete stranger.

Unlike a person-to-person piggybacking arrangement, you won’t be able to use the account for payment purposes. At the same time, you’ll be completely dependent upon the credit behavior of the stranger.

Since the arrangement is temporary, the credit score benefit will disappear once the piggybacking ends.

Unless you’re able to build credit of your own in the meantime, you’ll be left exactly where you started before the for-profit piggyback.

Finally, it should go without saying that providing personal information to a company engaged in a questionable practice like for-profit piggybacking comes with certain risks.

At a minimum, your information may be shared with other service providers.

In a worst-case scenario, you could become a victim of identity theft.

Piggybacking works only if the credit card company reports your authorized user status to the three major credit bureaus – Equifax, TransUnion and Experian.

And if the credit card you become an authorized user on doesn’t, the status will have no effect on your credit whatsoever.

If the credit card company does report to the three credit bureaus, the potential is real for the arrangement to improve your credit score. But even that may have limitations.

The credit bureaus don’t consider authorized user status in the same light as they do if you were the primary cardholder.

This should be obvious, since as an authorized user you’re not responsible for the monthly payments. While you may get some bump up in your credit scores as a result of the authorized user arrangement, it won’t be the same as having your own exclusive credit history.

The only way to conclusively build or improve on your credit scores is by taking loans and credit lines in your own name, making payments on time, and otherwise managing the accounts in a satisfactory manner.

Not only will that improve your credit score, but it will also force you to learn good credit management habits.

And those can benefit you throughout your life in a way that being an authorized user can’t.

While credit card piggybacking may seem like a perfect way to either build credit from the ground up, or improve your current credit score, it’s not without risks.

Most obvious is if the primary cardholder engages in practices with the credit card that will have a negative impact on your credit score.

For example, the primary cardholder could incur a late payment. Since the card is appearing on your credit report, that delinquency can have a negative impact on your credit score.

But it will be worse if the primary cardholder make a series of late payments, like three or four over a space of several months.

But even more serious would be a default by the primary cardholder.

Though the person may have had stellar credit at the time you piggybacked onto the card, people do go through financial difficulties that can cause their own credit to plummet.

The loss of a job, the failure of a business, or a major unexpected medical expense, could cause the primary cardholder to either become seriously delinquent on the account, or even go into default.

If the card is in the collection, it will have an extremely negative impact on your credit score.

But bad credit isn’t the only risk.

Let’s say the primary cardholder runs up the balance on the card. By doing so, the credit utilization ratio on the card will also go up, and that will hurt your credit as well as theirs.

A credit utilization ratio of greater than 80% is generally considered to be predictive of eventual default. That will be a disaster for your credit score.

While you’re expecting your authorized user status to increase your credit score, financial difficulties by the primary cardholder could result in the exact opposite.

If you either lack any credit history at all, or you already have poor credit history, piggybacking is a strategy worth considering. At least it is on person-to-person basis.

The for-profit version will provide only a temporary benefit, and will cost a lot of money to get that.

If you’re primarily using piggybacking to improve your credit, first make sure the credit card in question will report your authorized user status to the credit bureaus. If it doesn’t, there will be no benefit apart from being able to use the card for spending.

Even if you do go forward with a person-to-person piggybacking arrangement, think of it only as a beginning strategy.

Yes, authorized user status will help you build credit. But the long-term solution is to obtain credit under your own name, and begin building it the old-fashioned way.

One of the best ways to do that is with a secured credit card, or a credit builder loan.

But as you make monthly payments, they’ll be reported to the credit bureaus, and your credit score will begin to improve.

Eventually, your security deposit will be released by the lender, and you’ll be able to apply for credit from other sources based on your established credit history.