Car Insurance for 16-Year-Olds: How Much Does It Cost?

Find out how much it costs, on average, to obtain car insurance for a 16-year-old based on their gender, state and other factors - including possible discounts. 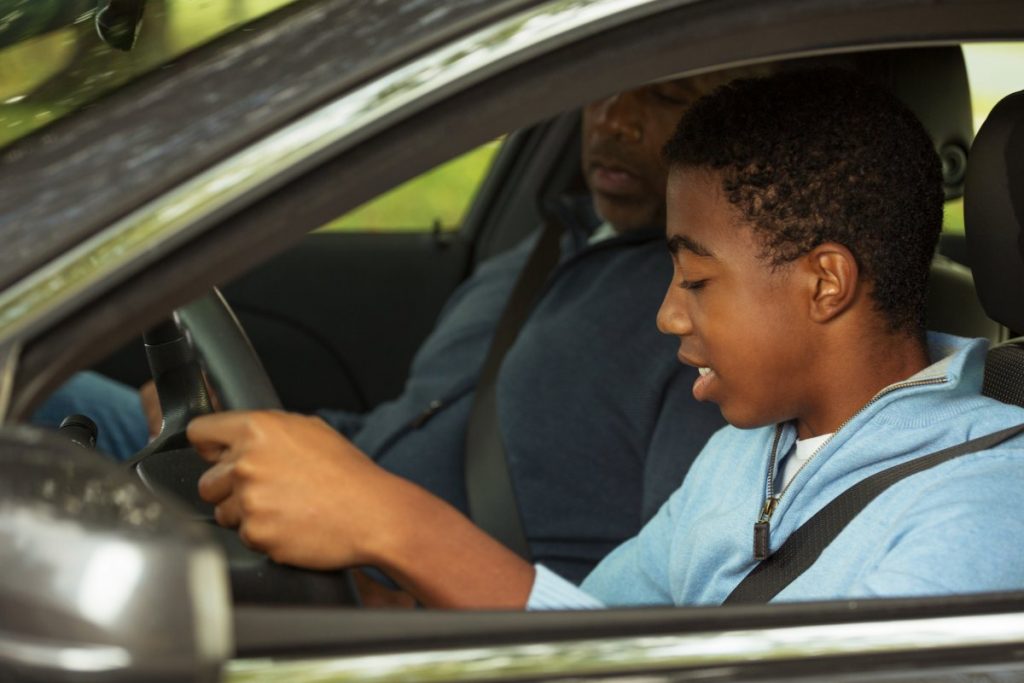 In most states, 16 is the earliest age to get a driver’s license.

But, car insurance for 16-year-olds is notoriously expensive.

There are a number of reasons why that is, and there is at least some ability to reduce that cost.

The national averages are as follows:

As you can see, the 16-year-old male will pay an average of $921 more per year for the same coverage as a 16-year-old female.

You may pay more for less for car insurance depending on factors including:

The specifics of your driver profile related to any of the above can result in a car insurance premium that’s either higher or lower than the national average.

In addition, one of the most significant factors affecting your car insurance premium as a young driver is your gender.

Since young males have a documented history of high-risk driving, as demonstrated by more moving violations and at-fault accidents than young females, males will pay more for their premiums.

The insurance premiums listed above are national averages, for full car insurance coverage.

But there are variables within those averages that can result in car insurance premiums that are either higher or lower.

There are wide variations in car insurance premiums for 16-year-olds from one state to another.

But once again, rates can even vary from one ZIP Code to another within the same state.

As a general rule:

Urban areas – because of their high concentration of vehicles – tend to have much higher premiums than rural areas.

The most basic vehicles are generally the least expensive to insure.

At the opposite end of the spectrum, sports cars, luxury vehicles, and pickup trucks carry higher premiums.

The safety equipment included in a vehicle is also a factor.

Equipment like anti-lock brakes, side door airbags, automatic seatbelts, and electronic stability control are examples of safety features that can fetch lower premiums.

Older vehicles are typically less expensive to cover, because you may not need collision and comprehensive coverage. This can reduce the cost of the premium by hundreds or even thousands of dollars.

The quotes provided in the previous section are based on full coverage at “100/300/100”. That’s generally the highest level of coverage available on a standard policy.

Most states, however, have even lower legal coverage limits.

But based on the national average of state-mandated minimum coverage levels, the average national premium for car insurance policies for 16-year-olds falls to $2,593.

Just as there are wide differences in car insurance premiums between states, there are also wide variations between insurance companies.

For example, while Progressive has an average annual premium of $1,430 for a 16-year-old male added to a parent policy, Allstate charges $5,005 for the same coverage.

The situation is similar with a 16-year-old girl added to a parent policy. The average annual premium for a policy from Progressive is $989 per year, while State Farm charges $3,022 for the same coverage.

It’s important to understand that these averages are based on national figures.

Exactly which companies will have the lowest premiums will depend on your state of residence.

A company that’s the lowest-cost and one state may not be the least expensive in another. You’ll need to shop to make sure you’re able to identify the lowest-cost provider.

The number of discounts, the specific type, and the percentage dollar reduction will vary between companies.

For example, part of the reason why Progressive is the lowest-cost car insurance provider nationally is because of the many discounts they offer.

Examples of different types of discounts often available (along with the average savings to expect):

They also offer discounts for paperless documents, paying your premium in-full, setting up automatic payments, and the Progressive Snapshot safe driver discount, that results in an average savings of $145.

If you’re purchasing car insurance for your 16-year-old, you should inquire about any discounts that may be available.

Car insurance for 16-year-olds is so expensive because of the risks these drivers present to car insurance companies.

It’s unfortunate that an otherwise responsible 16-year-old will be charged a higher premium based on risk factors he or she may never display.

But in the absence of any evidence to the contrary, insurance companies must base premiums on the risk factors associated with the entire age group.

Those risk factors include the following:

Laws that apply to 16-year-old drivers vary by state.

But one of the most common is what can be thought of as a graduated license process.

That’s where a 16-year-old will be issued a restricted license, that will gradually be upgraded to an unrestricted, or full license, at a later age.

Check the laws in your state, with the full understanding that any violation can result in either a much higher car insurance premium, or even license suspension.

In Arizona, 16-year-old drivers  receive an intermediate license, after which they are unable to drive between the hours of midnight and 5:00 AM.

They also can’t have more than one unrelated passenger under the age of 18, unless they are also transporting a license parent or legal guardian.

An unrestricted license is available upon attaining age 18.

In California, 16-year-olds may not drive between the hours of 11:00 PM and 5:00 AM, nor transport passengers under age 20, unless supervised by a licensed driver, 25 or older.

An unrestricted license is available at 17.

In New York, the minimum age for a restricted license is 16 ½. You’ll be unable to drive with any more than one passenger under the age of 21, except family members.

There are also specific regulations that apply depending on where in the state you live.

An unrestricted license is available by age 18, or at 17, after completing a state-certified driver education course.

How to Save on Car Insurance for 16-Year-Olds

You can lower the cost of car insurance for 16-year-olds by:

But there’s an even bigger way to save on car insurance for 16-year-olds that will easily outweigh all those efforts combined.

That involves adding the teen to a parent's existing car insurance policy.

The premium on the parent’s policy will still increase, but it will be much lower than the cost of carrying a parent policy and a standalone teen policy.

You may even be able to get more discounts by adding an additional driver and another vehicle to the policy.

The savings are substantial.

The savings will be even greater if the teen is added to the parent’s policy using only the state’s mandated minimum car insurance coverage amounts.

However, that may not be possible if the parent’s need to maintain full coverage, since the car insurance company will be unlikely to have separate liability limits within the same policy.

Adding the teen to the parent’s policy is the option most parents choose, since the cost of taking a separate policy on a teenager will be completely unaffordable for the average household.

Unfortunately, car insurance for teenagers of any age is highly cost-prohibitive.

Any effort necessary should be taken to minimize the cost, given that car insurance premiums can be higher than the value of the vehicle the teen will be driving.

It is a temporary situation.

With each year that passes, the premium will drop, and continue to do so until the teen reaches 25.

At that point, you’ll no longer be considered a high-risk driver, and you’ll be fully eligible for the lowest premiums available.