Drivers with Learner's Permits: Do You Need Car Insurance?

Find out whether car insurance is needed for new drivers who have learner's permits, including coverage options that are available. 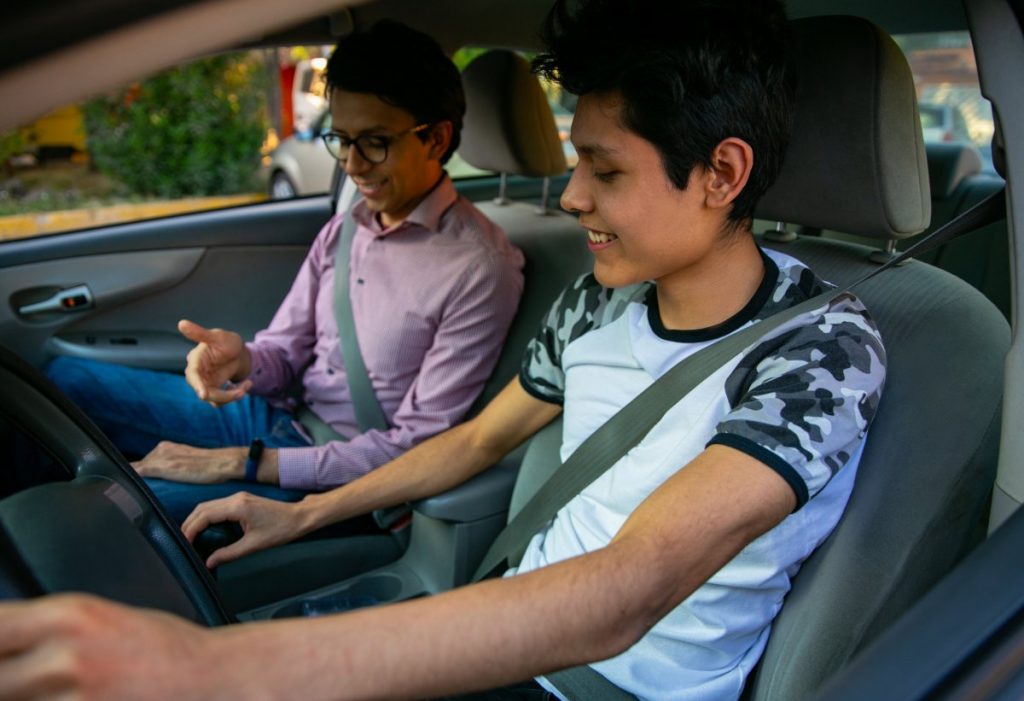 This is an open question asked by many parents when a child reaches an age to qualify for a driver’s permit.

The rules are much different than what they are for a licensed driver, and will vary both by state of residence and the policies of the issuing insurance company.

Let’s start with this – each state has its own minimum age requirements for both a learner’s permit and the issuance of a full (or unrestricted) driver’s license.

The same situation applies with the minimum age for a driver’s license.

Be aware that an unrestricted driver’s license may be issued in stages.

For example, a partial license may be issued that restricts the driver from driving at night, or driving with more than one passenger in the car who is also a minor.

An unrestricted driver’s license is issued by most states no earlier than 17 or 18, though a few states will issue them at age 16 or 16/2 and others as late as 21.

While you certainly need to have car insurance once you’re issued a driver’s license, either partial or full, the specific requirements when driving with a permit vary by state.

New drivers with learner's permits must be covered

First, anyone who operates a motor vehicle is required to be covered under a policy.

Second, states typically have a minimum amount of time required to pass between when the driver is issued a permit and when he or she is eligible for a partial or unrestricted driver’s license.

During that time span, the permitted driver will need to be on the car insurance policy of an adult who has an unrestricted driver’s license.

And even once a driver has a partial driver’s license, it can be revoked and reduced back to a permit if the driver either:

These repercussions can apply until the driver is of legal age to obtain an unrestricted driver’s license in their state.

It’s not possible to get a car insurance policy with a learner’s permit, primarily because the driver has not yet attained the age of legal majority.

Insurance companies won’t provide individual coverage for anyone who doesn’t have the legal capacity to act on their own behalf.

Anyone driving with a learner’s permit should be added to their parent’s car insurance policy.

That may be a necessary step anyway because most car insurance companies require that anyone in the household with the capacity to operate a vehicle must be added to the policy as a listed driver.

Adding a driver with a learner’s permit to a family policy is an easy process.

It can usually be accomplished in a few minutes with a single phone call.

Cost to Add a Driver with a Learner's Permit

In most cases, adding a driver with a learner’s permit is a simple process that will not result in an increase in the parent’s car insurance premium.

However, the rate will increase – even dramatically – once the child with a driver’s permit is issued a driver’s license.

Rate increase expected after getting a license

Once a permitted driver is issued a driver’s license, even a partial one, they’re no longer under their parent’s supervision while driving, at least not under all circumstances.

As a result, the driver is now classified as a new driver, which is virtually the highest risk driver for insurance companies to cover.

That’s because of a combination of youth, inexperience, and a lack of documented driving history.

Driving history is probably the single biggest component of assessing the premium rate charged on any driver. Since this is a complete unknown with a new driver, that person will be placed in the highest risk category.

Depending on how many drivers are included on an existing parent’s policy, the premium increase will be a strong case of sticker shock. Depending on your state of residence, a family policy can increase by anywhere from 50% to 100% over a policy that does not include new drivers.

How to Save on Insurance for New Drivers

This will be an absolutely necessary strategy when adding a new driver to a policy. The premium increase will be dramatic, so you owe it to yourself to take whatever steps needed to contain the damage.

The most obvious first strategy is to add the new driver to your existing policy. Your total premium will increase significantly, but it will be much less than if the new driver were to go on his or her own policy.

However, this will only be possible if the driver is still residing with the parent or is living at school on a full-time basis. Once the child moves out on his or her own, a separate policy will often be required.

Insurance companies provide generous discounts for multiple vehicles on the same policy, so the addition of another vehicle partially offset the cost of adding the new driver to the policy.

Apart from the above, understand that the new driver’s premium rates will be higher, at least until he or she reaches the age of 25.

Other Ways to Reduce the Premiums for a New Driver

Use the following strategies to reduce the premium even more:

Take advantage of every discount

This may include safety equipment in the vehicle being driven by the new driver, a good student discount, completion of a safe driving course, low mileage driving, and many others.

A high performance or high-cost vehicle will bring a higher premium.

A low-cost vehicle with a good safety record will result in a lower premium.

Buy a low-cost car and omit collision and comprehensive coverage

These coverages are desirable when a vehicle has a high-dollar value.

But, on a car that is worth no more than a few thousand dollars they may not be necessary.

This step alone can save hundreds of dollars per year on the premium.

While virtually every car insurance company charges a higher premium for new drivers, those premiums increases aren’t the same across-the-board.

The parent policy that may have worked well before may not be as cost-effective after a new driver is added. Be ready to shop for a new carrier.

It also must be stressed that the new driver must make every effort to maintain a safe driving record. A single moving violation or at-fault accident could cause the car insurance premium to skyrocket.

Getting car insurance for drivers with a learner’s permit is a pretty simple process and one that won’t usually cost you any additional premium dollars.

The bigger issue will come when the permitted driver becomes a licensed driver.

When that happens, you’ll need to take advantage of every strategy and discount available to make the coverage as cost-effective as possible.