How Much Does A Traffic Ticket Boost Your Car Insurance Rates?

Find out how a traffic ticket on your record may affect car insurance rates when you renew or look for a new policy -- and ways to minimize that increase. 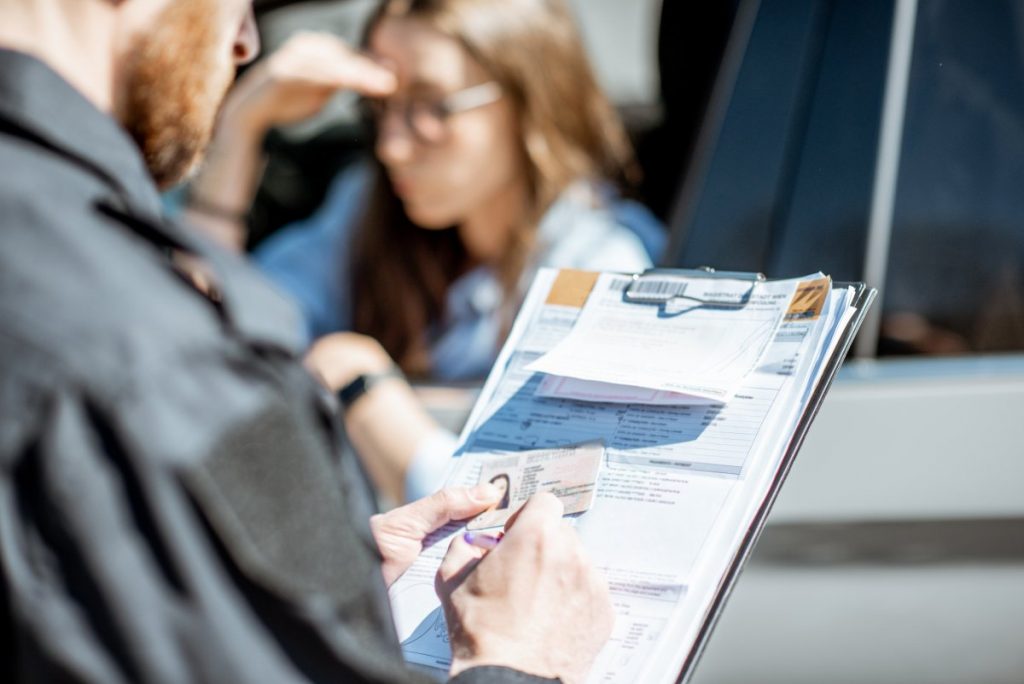 One of the most important determinations of how much any given motorist will pay for auto insurance premiums is his or her driving record.

Providers treat someone who has been issued a moving violation—which amounts to one in 12 American drivers each year—as presenting a greater risk of subsequently getting into a wreck than a ticket-free motorist.

Unfortunately, this can lead to higher insurance premiums.

Get an idea of how much that increase could be. And, very importantly, learn what you can do to minimize the hike in your car insurance rates.

How Much Will Certain Traffic Tickets Boost Your Car Insurance?

One of the problems with traffic tickets is the possible number of citations you can be hit with.

Examples include making an illegal turn, driving in the wrong direction, reckless driving, running a stoplight or stop sign, and many others.

Each infraction has the potential to increase your car insurance premium by a little, a lot, or by something in between.

It all depends on your insurance company, your state of residence, and the reason for the traffic ticket.

It’s almost impossible to generalize how much a traffic ticket will boost your car insurance.

Let’s take a closer look at what is perhaps the most common traffic ticket—speeding. But, even in that category, how much your premium will increase will depend on how many miles over the limit you were driving, the insurance company, and your state.

For example, according to Insure.com, you can expect your premium to increase by between 20% and 30% after a single speeding ticket.

There are variables, however.

One is your car insurance company.

If that’s Nationwide, you can expect an average increase of 19%, or $302 over their average premium rate.

However, the increase will be 31% for both Progressive and Geico. But, rate increases are deceiving—the impact of a premium increase will depend on your original premium. The 19% increase with Nationwide will result in a $1,900 premium, while the same infraction with Geico will increase your premium to only $1,449.

Your state of residence may have a bigger impact on your premium increase than your insurance company.

But, even that will vary based on how many miles you were over the given speed limit.

The increase may be relatively minor if you exceeded the speed limit by 15 miles or less.

It will be substantially higher if you exceed the speed limit by between 16 and 29 mph. And, naturally, the increase will be even greater if you’re 30 or more miles over the speed limit.

Once again, using data supplied by Insure.com, we find that the lowest premium increase for exceeding the speed limit by between 16 and 29 miles is just 9% in Pennsylvania, but as high as 50% in North Carolina. If you are ticketed for driving 30 miles or more over the speed limit, it can rise as much as 59% in Georgia and 70% in Michigan.

The premium increase in Michigan will be especially painful since it’s the state with the highest average premium in the nation to begin with.

How Long Do Traffic Tickets Stay on Driving Records?

As a very general rule:

You can expect a traffic ticket to stay on your driving record for 3 to 5 years.

Once again, this will depend on your state of residence, the insurance company, and the nature of the ticket.

The type of violation is particularly significant.

While getting a speeding ticket for exceeding the speed limit by less than 30 mph may stay on your record for three years, a more serious offense, like DUI/DWI, hit and run, or reckless driving could remain on for five years.

However, with an especially serious offense,—depending on your state of residence—the ticket can remain on your record for more than five years.

Reckless driving is a particularly difficult citation because it can be applied if, in the police officer’s judgment, a particular violation exceeded normal limits.

For example, in some jurisdictions, exceeding the speed limit by 30 mph or more can be considered reckless driving, particularly in a residential neighborhood or a school zone.

Driving on the wrong side of road

The same could happen with driving on the wrong side of the road.

While swerving into the opposite lane could be considered a relatively minor offense, staying in that lane for more than a few seconds could be classified as reckless driving.

This is the quickest way to get a reduction in a car insurance premium that’s been increased by a traffic ticket.

If you choose this strategy, make sure you have the money sitting in your emergency fund to cover the higher deductible.

After all, if you are involved in an at-fault accident, you will need to come up with $1,000 before insurance benefits will even begin.

In some states, and with certain insurance companies, you can have your premium lowered after a traffic ticket by completing a safe driver course that’s been approved either by the state or by your insurance company.

Completing such a course generally won’t fully nullify the impact of the ticket on your premium increase, but it could result in a reduction of that increase.

When shopping for a new car insurance policy, it’s not unusual for a consumer to stop at a relatively low premium rate quote. Satisfied by the rate quoted, the consumer may accept the policy as-is without digging for every possible discount.

Insurance companies typically offer dozens of discounts, and those will become even more important after you receive a traffic ticket.

You should take advantage of every possible discount, including those you didn’t consider important when you first took the policy.

Not all insurance companies treat all traffic tickets equally. It may be that by shopping for a new carrier, you’ll find one that takes a more accommodating position on the ticket you received.

You’ll certainly want to shop for a new policy immediately after receiving the traffic ticket.

But, even if that search comes up empty, you might want to renew the search each year on the anniversary of the traffic ticket. A company may take a more generous view of a ticket that was issued one or two years ago than one that was issued just two or three months ago.

Your success in this effort will depend largely on the type of traffic ticket. You also have to evaluate what the cost of fighting the ticket will be.

For example, if you need to hire an attorney—which may be necessary—you can incur costs of hundreds of dollars. You’ll need to balance that against the money saved on the combination of the fine and the increase in your insurance premium.

But, a skilled traffic attorney may be able to get a traffic ticket reduced to a lower charge, which will cost less in both fines and insurance premium increases.

In addition, you’ll need to consider the possibility of hiring an attorney, paying the fee, and then losing the challenge. Should that happen, the total cost of the ticket will be much higher than it would’ve been if you hadn’t fought it.

You may be able represent yourself in traffic court, but your success will depend on the facts of the citation.

Unless you have credible evidence to make a successful challenge, the court is likely to accept the testimony and evidence presented by the police officer.

6.  Drive more defensively from now on

If you already received a traffic ticket and your insurance premium has already increased, the last thing you’ll need is a second traffic ticket.

Many insurance companies will increase your premium more for a second violation than they will for the first.

For that reason, you owe it to yourself to avoid a subsequent ticket.

From this point forward, you should drive more defensively. That will not guarantee you won’t ever get another ticket, but it will lower the possibility substantially.

Upon receiving a traffic ticket, many drivers are primarily concerned with the fine attached to it.

However, even if the fine is several hundred dollars, it’s a one-time charge and then you go about your business.

In most cases, however, the increase in your insurance rate costs substantially more.

After all, the premium increase will be an annual charge covering several years. That may be many times more than the cost of the citation itself.

For that reason, it’s important to begin driving more safely from this point forward. It won’t erase a past violation, but it will prevent a future traffic ticket.

<p>#5. Here in the Seattle/Bellevue area of Washington State there is a particularly well known attorney who is tops at getting tickets dismissed. You send her a photo of your ticket, with a credit card number good for $300, and a month or so later you get an email saying your ticket was dismissed. And this particular attorney I'm thinking of isn't the only one around either - she's just the one I heard of years ago when I asked colleagues at work ...</p><p>The insurance company is right to use your infraction to predict your future risk of accident. That's just statistics.</p><p>So you're going to either pay the ticket to the court and have higher insurance rates for several years, or pay a cost similar to the ticket to an attorney and <i>not</i> have higher insurance rates for several years. The choice is obvious.</p><p>Basically the whole thing is a scam to raise money for the court system and the attorneys who work in the field. To them, it doesn't really matter who gets the money for a particular ticket: the city (via the courts) or the attorney - as over time it all averages out and everyone gets their share.</p>